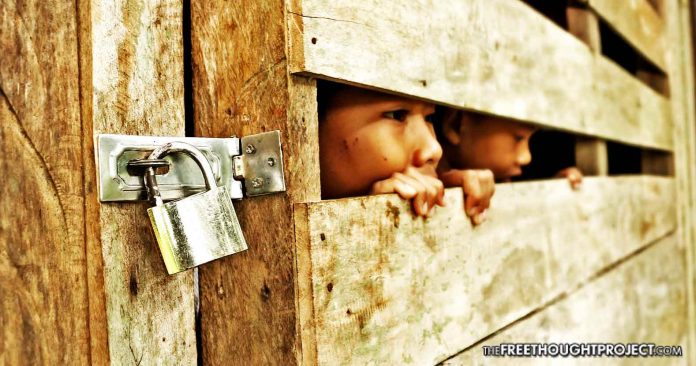 Washington — When most people think about surrogacy, they imagine a loving infertile or same-sex couple, unable to have children, who need a surrogate mother to give them a baby. Surrogacy has long been an amazing gift for those unable to have babies. However, when laws are passed that commercialize the separation of babies from their birth mother, very real risks to children arise.

When it comes to surrogacy laws in the United States, Washington is proving to be a third world country. Over the years, as countries have legalized “commercial surrogacy,” once they realize the horrors that it creates, they proceed to ban it as it creates a market for children to be bought and sold like commodities with no oversight as to where the babies end up.

After watching children being openly sold to human traffickers, in 2015, both Thailand and Nepal banned the act. In 2016, Mexico also banned commercial surrogacy, followed by India last year, and Cambodia this week.

The bans are a result of watching what happens when such laws are in place as it quite literally legalizes the buying and selling of children and creates a market for human trafficking. In spite of these bans, however, the “baby buyers” don’t go away, they just move their lobbying to other markets—and their sights have been set on Washington state.

Many legislators called the bill the most disturbing policy they have ever considered in their careers.

In a press release this week, lawmakers voiced their dissent, noting:

“The exchange of funds for carrying and giving birth to a child undermines the human dignity and rights of the mother and child. This type of business transaction is very different from altruistic surrogacy, which is a compassionate act of generosity and sacrifice that does not involve for-profit payment.

“In an effort to protect women and their children, Republicans offered 14 amendments that would have shielded women from this type of exploitation and prohibited the sale and purchase of children in our state. Sadly, they were all rejected on party-line votes.”

In spite of the disturbing nature of the bill, it passed the house by a vote of 50-47 and is now on the governor’s desk.

After the bill’s passage, house member Van Werven did not mince words when she noted that the bill quite literally legalizes the sale of babies.

“I would say that ‘human decency’ died in the dark this morning around 1 a.m. at your WA State Capitol. House Democrats voted to legalize the purchase and sale of human babies. In the six years I’ve served in the WA State House of Representatives, I have never been more disgusted by such a sinister piece of legislation,” Van Werven wrote.

“Currently in WA, any woman can offer to be a surrogate mother for couples who want a baby. Today, it is done out of altruistic giving, love, compassion and caring on the part of the surrogate mother. … For House Republicans, this bill was a matter of conscience. We all voted ‘no’ to protect the womb from being monetized and commercialized. This bill sets virtually no limits on the amount people will be able to sell or purchase a human baby for.”

“What have we become as a state, selling human babies to the highest bidder? Is this who we are? I asked these questions on the House floor during the final debate. In its current form as it passed out of the House, the bill even permits convicted felons to purchase human babies.”

While it is certainly any mother’s right to give her child up for adoption, or to have a surrogate child for an infertile couple, removing the commercial incentive serves as a barrier to breeding babies for the sole purpose of trafficking.

Because of the loopholes in commercial surrogacy laws, the “parents” who purchase the babies do not undergo the same screenings as parents who are trying to adopt. Instead, they simply create a contract, pay money, and purchase a baby. Anyone with enough money—including human traffickers—will be able to go to Washington state, starting on Jan. 1, 2019, and purchase a human baby, no questions asked.

As the website ThemBeforeUs points out, we will never be able to track who is buying these children and where they are being taken. We won’t know the outcome for a child/children purchased by a man, grown in the uterus of a woman desperately in need of money. We won’t know that he left with the child, or multiple children, with the sole intent to sell them for sex. We won’t know that he has turned to surrogacy instead of plucking children off the street at the Port Authority bus terminal in order to prostitute them. Conveniently for him, “intended parent” offers far fewer entanglements than does kidnapping runaways.

If you think this sounds alarmist, consider the fact that people have been caught using commercial surrogacy ‘‘for the sole purpose of exploitation.’’ A couple in Austraila was sentenced to 40 years in prison after they were found to have bought a baby through commercial surrogacy and then sold him for sex almost immediately after he was born. This little boy was born into a world of sexual abuse that went on for years all thanks to the commercialization of children.

Ironically enough, lawmakers across the United States and in Washington are pushing for stricter background checks when people purchase guns but as this law illustrates, if you want to buy a baby, no background check is needed. A crisis of consciousness indeed.