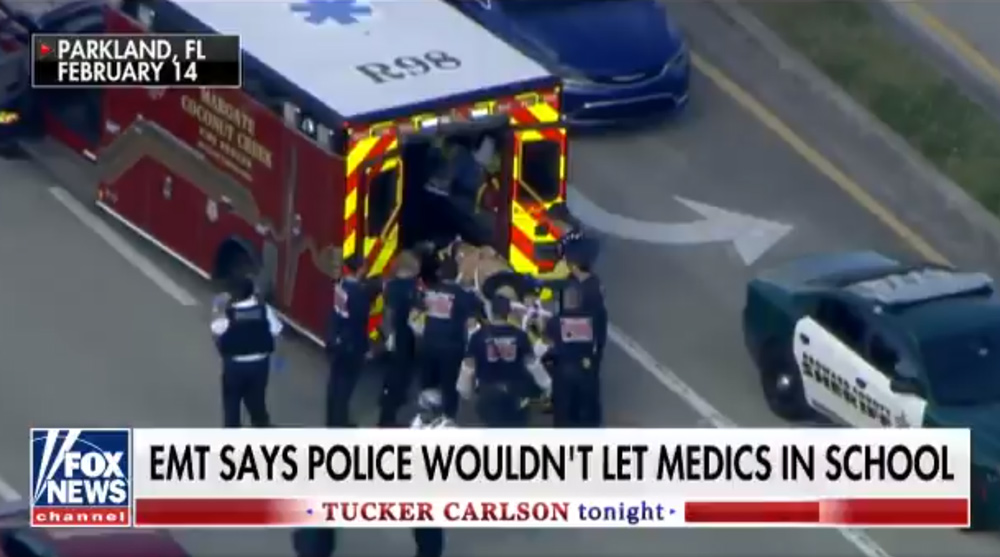 (Natural News) Within hours of the Feb. 14 shooting at the Marjory Stoneman Douglas High School details about suspect Nikolas Cruz were already streaming out across various news and online media outlets.

We knew, for instance, that he was a troubled youth who had been expelled from the school he attacked. We knew that he was known to the local police authorities as well as the FBI. We knew virtually everything about the guns he used and owned.

Now, weeks later, what stone has been left unturned? What do we still not know?

One of the things we also know is that Broward County Sheriff’s Deputy Scot Peterson, an armed school resource officer on duty inside the school the day of the shooting, reportedly did nothing to save his young charges.

Is this why Broward County Sheriff Scott Israel is stonewalling the release of surveillance video that could provide investigators with more evidence and clues regarding the massacre?

That’s what an editorial in the Sun-Sentinel newspaper is asking.

“Since the Valentine’s Day shooting” at the school “in Parkland, many government officials have walled off information needed to assess how well they did their jobs,” the editorial states.

“At the head of the pack is Broward Sheriff Scott Israel, who suggests the school’s resource officer acted cowardly during the mass shooting and two deputies mishandled earlier warnings. Aside from that, though, the sheriff wants you to take his word that he and his deputies did amazing work before, during and after the shooting,” the paper continued.

Not good enough, the editors stated. The only way to hold government officials accountable to the people who appointed or elected them is complete transparency. That means that the people are going to have to see the surveillance video for themselves — no holds barred — otherwise it’s a situation where local Floridians will have to “take the word” of a sheriff who still hasn’t explained all he should have to explain.

Like why, according to various reports, his deputies refused to enter the school as children were being killed — like the department’s protocols state. Israel has said that yeah, that’s what should have happened, but it didn’t and people want to know why. (Related: Parkland shooting survivor files suit against Broward County school district after ARMED resource officer failed to protect students.)

“The video is not the only public record sought by the South Florida Sun-Sentinel and other media organizations in the aftermath of the shooting and the epic government failure surrounding it,” the editorial noted. “Among other things, we’ve also requested copies of the 911 calls, police radio calls and incident reports from the 39 times [Broward Sheriff’s Office] deputies were called to the home of Nikolas Cruz, who’s confessed to carrying out the rampage that killed 17 and injured 17.”

The surveillance video actually just became more important. As the New York Postreports, Peterson has been caught lying about details of the shooting. He has said he believed that the shooter was outside — which is where he was — but in reality transcripts of his radio call to HQ show he knew that the shooter was inside. What’s more, the paper said, he also warned responding officers to stay away from the school as kids were being killed.

“Do not approach the 12 or 1300 building, stay at least 500 feet away,” Peterson said over the radio, according to internal radio dispatches released Thursday.

Ah. Another piece of the puzzle. But it’s still not enough.

As the Sun-Sentinel said, getting the video may indeed expose wrongdoing on the part of the Sheriff’s Department — but it could also show what may have went wrong on the part of the school. Did teachers and staff react properly? If not, why not? As for Peterson, he says the video will exonerate him, so there’s that.

The video will also highlight what went right, the editors note, making for teachable moments.

For now, though, Israel has decided that no one needs to see what really happened that day. And frankly, that’s unacceptable.