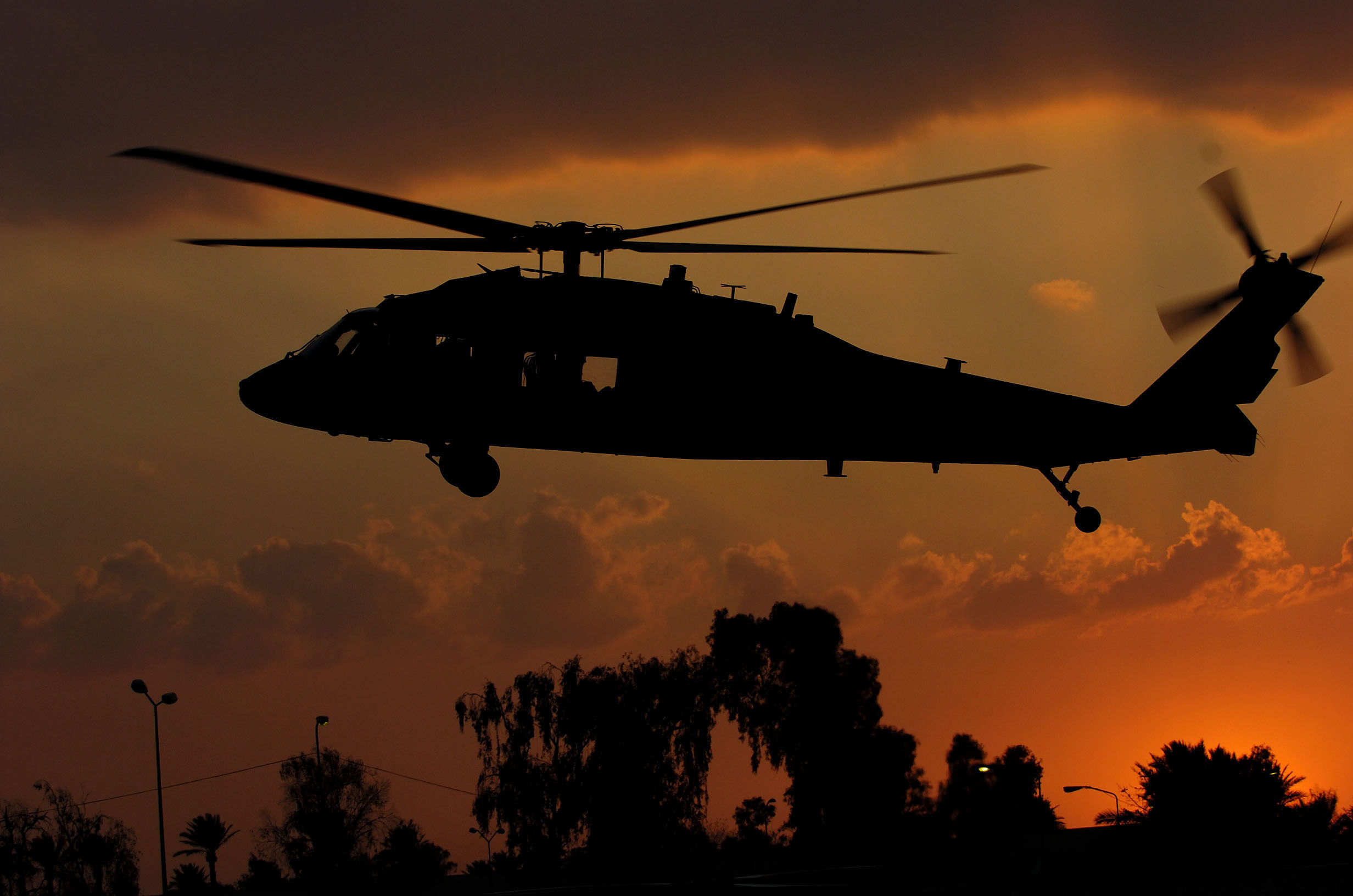 LAS VEGAS (INTELLIHUB) — A brave resident of the city, identified only as Kat, appeared on The Shepard Ambellas Show Friday, where she reported exactly what she saw on the night of the 1 October massacre when 3 black helicopters which were not displaying their running lights flew in a triangle formation over her home before heading forcefully into the city under power just above the rooftops as if they were on a mission of war.

“I know these weren’t tour helicopters,” the woman who wishes to remain anonymous insisted to Shep on air. “I’ve lived here a long time — I know the different helicopters they have here – the police helicopters, Flight 4 Life, the Maverick helicopters — these were not those kind of helicopters.”

Kat told Ambellas she was outside her home which is located in southwest Vegas between Flamingo and Tropicana just after sunset when she saw the aircraft moving in.

“They were flat black long sleek helicopters that were flying so low — I was out in my backyard and it literally scared the heck out of me,” she explained. “If I would have been inside I would have thought they were coming right into the house that’s how low they were.”

Kat told Ambellas that the three helicopters flew through the air under power, with great force, but were not quite as loud as the Metro copter would be.

“They were flying so forcefully.,” she said. “There was three of them — one was in the front and then one was on each side and not that far from Tropicana — and you know, if you go down from Tropicana you end up by the Excalibur which is right by the Mandalay Bay.”

At the time Kat had no knowledge that anything bad was going to happen at the venue that night but felt something was wrong.

“I didn’t know there was a concert going on or anything down there but it scared me so bad I actually thought what are we going to war what is going on.”

“It was around six-thirty, a quarter to seven, the sun was already down an it was getting dark and here come these things flying by with no lights at all — the windows, the glass, was blacked-out, like you couldn’t see the pilot. Normally if you see a helicopter around here you can see the pilot, so I was shocked, it scared me, I didn’t understand what was going on but what are you going to do? What are you going to say to somebody? Hey, you know, three helicopters just flew by my house.”

“They had no markings on them at all whatsoever,” Kat told Ambellas. “[They maneuvered through the air] like something you would see on a war movie like they were on a mission […] it was one of those things that you would have to see it to understand what I am talking about.”

“These are two story houses here and they were close to the rooftops,” she said. “They were just very low.”

“They came from the west flying east in a straight line towards the strip.”

Astonishingly Kat’s bombshell testimony dovetails with other eyewitnesses who claim to have seen helicopters around and above the venue during the massacre.

You can listen to the eyewitness tell her story in detail by fast-forwarding to hour number two of The Shepard Ambellas Show here.

The Shepard Ambellas Show airs weekdays (Mon-Fri) @ 9 pm Eastern/8C on American Freedom Radio. You can listen to the show live and catch the latest archive at intellihub.com/show, bookmark it!