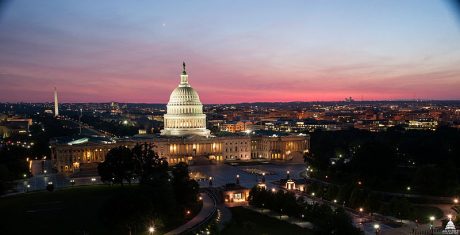 What would you say if I told you that committee chairs were for sale in Congress?  And what would you say if I told you that many members of Congress spend far more time on the telephone raising money than on the jobs that the people of their states actually elected them to do?  There is a reason why so many Americans absolutely hate Congress.  At this moment, Congress has an approval rating of just 15 percent, and approval ratings for Congress have been at extremely low levels for a very long time.  We all know that Congress has become completely corrupt, that it is completely unresponsive to the American people and that it has become all about the money.  Many have asked why I would want to become part of such a corrupt institution, and I respond by saying that it is time to take our government back.

In the very close race that I am currently involved in, there is an exceedingly clear choice between politics as usual and someone that is committed to going to Washington and turning the system completely upside down.

I believe that we need to send people to Washington that will be willing to stand up to the leadership of both parties.  Below, I am going to share some things that a current member of Congress is saying about the corruption in D.C. that will blow your mind.  Many would suggest that the corruption is so pervasive that it is useless to try to do anything about it.  But I say that if “we the people” can get Donald Trump into the White House, then “we the people” can also take Congress back.

To get a feel for how passionate I am about this, please watch the short speeches that I made to the Latah County Republicans and the Nez Perce County Republicans over the weekend.  The response to both talks was incredibly positive, and we are winning over more voters with each passing day.

We have just launched our final money bomb of the 2018 primary campaign, and we are trying to raise $35,000 so that we can fully implement our entire plan for pulling ahead in this very tight race over the last 60 days.  If you would like to make a contribution, here are several ways that you can do so…

As the donations roll in, you will be able to track the progress of the money bomb on Swampbomb.com.

U.S. Representative Ken Buck was elected to Congress in 2014, and he recently authored a book that is shaking Washington to the core.  The following is what USA Today had to say about it…

And the second-term Republican is unlikely to make many more with Tuesday’s publication of his tell-all book, Drain the Swamp: How Washington is Worse Than You Think, co-authored with Bill Blankschaen.

In it, Buck says lawmakers are mostly “fat and happy alligators who feel pretty darn comfortable in the swamp.” He casts Republican leaders as “playground bullies” who go to great lengths, including yanking subcommittee chairmanships and canceling lawmakers’ overseas trips, to punish dissenters. And he decries a “pay-to-play” system in which plum committee assignments and leadership slots are tied to lawmakers’ fundraising skills instead of their policy expertise.

One of the things that Buck has revealed that upset me the most is the fact that committee chairs are essentially for sale in Washington.  Here is a brief excerpt from Buck’s book…

Here’s how it works for Republicans. If you want to serve on a committee, you have to raise money for the National Republican Congressional Committee (NRCC). The amount varies depending on the committee and role. For example, to serve on a B or C level committee, a GOP House freshman member must raise $220,000 every two years … Veteran members on A committees must raise more than twice that amount – $450,000 … If you become the chair of a B committee – congratulations – you’re now expected to raise $875,000 a year for the NRCC. Chairing an A committee means you must raise $1.2 million.

In order to raise such large amounts of money, members of Congress are expected to spend approximately four hours a day on the telephone raising money.  This is something that I wrote an extended article about last week.

I believe that members of Congress should be spending their time in Washington doing what they were elected to do, and if you want to see this current system dismantled I hope that you will stand with us.

Because the Washington money machine is not behind me, we are funding our campaign entirely through grassroots donations.  Hundreds upon hundreds of patriots all over the nation have helped us surge toward the top of this race, and if you would like to join the team here is how you can do that…

That is why we need to send fighters to D.C., and I am being very bold about the fact that I am not going there to play nice.  I am going there to turn over the tables and to turn the current corrupt system upside down, and party leadership is not going to like that at all.

According to the Hill, those that do not play along with the current corrupt system often pay a very high penalty…

And what if you, as a Member of Congress, decide not to play along? For starters, you won’t be able to use the NRCC call suites that are conveniently located two blocks from the House office buildings, and the leadership will put out the word to the K Street lobbying community that they are not to donate or raise funds for you if they wish to stay in the leadership’s good graces. If you’re particularly rebellious, you’ll be stripped of your committee assignments, and maybe even be challenged in a primary by a leadership-backed candidate.

If they try to do those things to me, I still will not back down.

After all, I am not going there to be a career politician.

Instead, I am going there to be part of a national movement to take Congress back for the American people.

In his new book, Ken Buck spoke very eloquently about the need to drain the swamp…

Our founders’ default position was to keep power as far from Washington as possible. We can no longer afford to ignore their wisdom. A crippling national debt exists because Washington has too much power. Corruption in the federal government is a direct result of so many people getting comfortable in the stagnant political backwaters beside the Potomac. The concentration of power in D.C. attracts the worst and tempts the best, making it extremely difficult for men and women of character to arise and lead our nation to a healthier place. The best way to drain the swamp in Washington is to remove the incentive for abuse. Swamps exist when water congregates in one place and becomes stagnant over time. Draining the swamp means draining Washington of power. Washington can’t abuse power it does not have.

If you want to help us drain the swamp, now is the time to act.

There are just over 60 days until the Republican primary on May 15th, and there are four campaigns that are bunched very closely together.  We have all the momentum, but a couple of the other campaigns have raised a bit more money so far.

We need to close that gap, and we know exactly what we need to do to win this race over the last 60 days.  Right now we do not have all the resources that we need to implement that plan, and that is why we really, really need your help…

As we raise more money, you can track our progress on Swampbomb.com.

We are so close to winning this thing, and wherever I travel around Idaho’s first congressional district the response to our message has been overwhelmingly positive.

But we are running out of time, and there are thousands upon thousands of undecided voters that we still need to reach.

If you believe that it is time to take our government back, send someone to Washington that is committed to doing exactly that.  I am asking for your financial support, and if you live in Idaho’s first congressional district I am respectfully asking for your vote on May 15th.