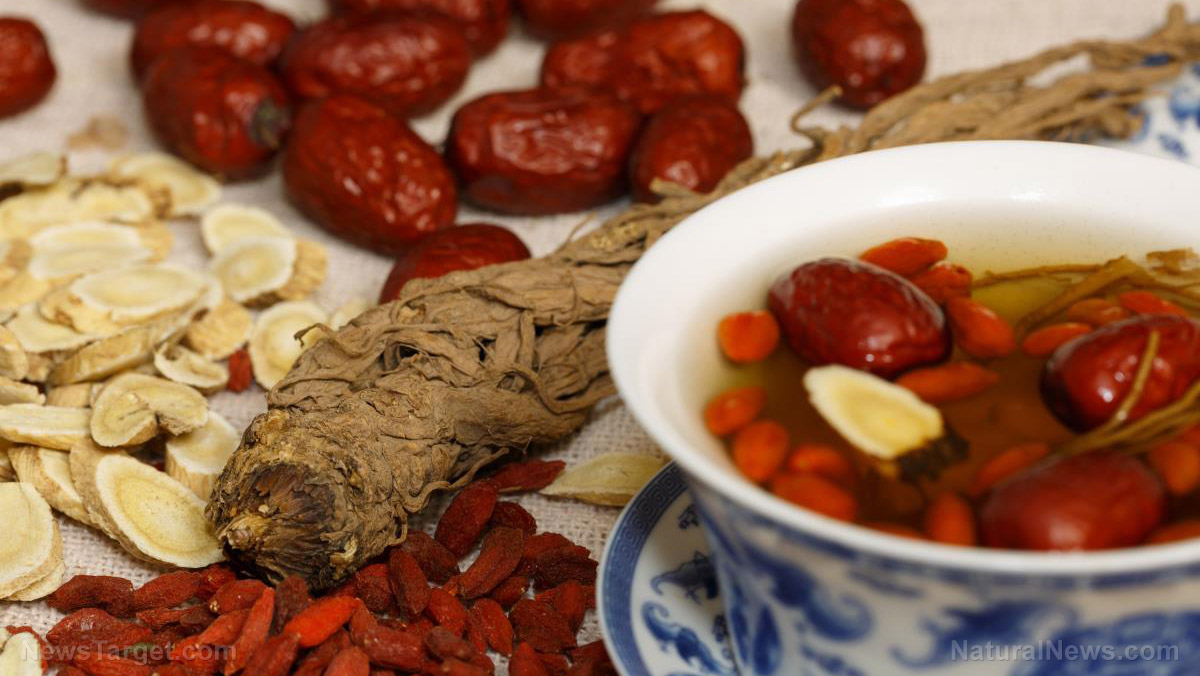 (Natural News) Australia is one of the most oppressive medical police state regimes in the world. The medical tyranny in Australia has even led to the government denying entitlement checks to parents who refuse to have their children subjected to an endless battery of dangerous vaccine injections. Deranged pharma trolls in Australia have been pushing hard to outlaw herbal medicine and force all the citizens of Australia to use toxic, overpriced chemical prescription medications to treat everything.

Jon Rappoport from NoMoreFakeNews.com cites Crazz Files, reporting that the Australian government has rejected the pharma-funded attempt to outlaw natural medicine, reaffirming the efficacy of traditional remedies. This is a surprising and important win for health freedom in Australia, and it reveals that even the “Greens” party in Australia has someone become anti-natural medicine.

Breaking: In Australia, an effort to label all alternative (traditional, complementary) medicine products as “based on pseudoscience” has failed.

Traditional remedies (much older than mainstream medicines) are defended as appropriate, and can include health claims.

The Crazz Files, a major defender of health freedom in Australia, reports: “In a major win, the Federal Government has ignored the Australian Greens and anti-complementary medicine activists like Doctor Ken Harvey…and passed a reform package that protects traditional medicine.”

“The Therapeutic Goods Amendment (2017 Measures No. 1) Bill, which passed Parliament on February 15, supports positive claims for complementary medicines based on traditional evidence, and abolishes the current complaints system.”

“Greens voters were shocked to learn Greens Leader and General Practitioner, Senator Dr Richard Di Natale was aligned with skeptics, whose platform is: ‘There is no alternative to [modern] Medicine’.”

“One of his [Dr. Di Natale’s] ‘concerns’ was that people were being ‘misled’ by traditional claims about the effectiveness of complementary medicine. He, and the skeptics, wanted labels on complementary and traditional medicines to state: ’this traditional indication is not in accordance with modern medical knowledge and there is no scientific evidence that this product is effective’.”

“The Minister for Rural Health, Senator Bridget McKenzie, told Di Natale: ‘I think it is offensive and disrespectful to those who practice traditional medicine’.”

“’For some, particularly those using Chinese medicine, the history of practising in that traditional medicine paradigm goes back thousands of years. It’s been extensively refined, practised and documented and in many cases incorporated into mainstream medicine. So, a statement required by the Australian Government that the indication is not in accordance with modern medical knowledge and that there is no scientific evidence will be seen as arrogant and insensitive to those practising and using traditional Chinese medicines,’ Senator McKenzie said.”

All right. Now I want to treat readers to a brief analysis of “modern medicine,” the so-called scientific system that is the “only valid system.” It is the system employed in Australia, America, and virtually all countries in the world.

People who watch the news or read mainstream news have the impression that “scientific” medical research is remarkably valid and always progressing.

Doctors and medical bureaucrats line up to confirm and ceaselessly push this view.

But they are concealing a dark truth.

Let’s go to the record. Here are two editors of two of the most prestigious and respected medical journals in the world. During their long careers, they have read and scrutinized more studies than any doctor, researcher, bureaucrat, or so-called medical blogger. And this is what they have written:

ONE: “It is simply no longer possible to believe much of the clinical research that is published, or to rely on the judgment of trusted physicians or authoritative medical guidelines. I take no pleasure in this conclusion, which I reached slowly and reluctantly over my two decades as an editor of The New England Journal of Medicine.” (Dr. Marcia Angell, NY Review of Books, January 15, 2009, “Drug Companies & Doctors: A Story of Corruption)

TWO: “The case against science is straightforward: much of the scientific literature, perhaps half, may simply be untrue. Afflicted by studies with small sample sizes, tiny effects, invalid exploratory analyses, and flagrant conflicts of interest, together with an obsession for pursuing fashionable trends of dubious importance, science has taken a turn towards darkness…

“The apparent endemicity of bad research behaviour is alarming. In their quest for telling a compelling story, scientists too often sculpt data to fit their preferred theory of the world. Or they retrofit hypotheses to fit their data. Journal editors deserve their fair share of criticism too. We aid and abet the worst behaviours. Our acquiescence to the impact factor fuels an unhealthy competition to win a place in a select few journals. Our love of ‘significance’ pollutes the literature with many a statistical fairy-tale…Journals are not the only miscreants. Universities are in a perpetual struggle for money and talent…” (Dr. Richard Horton, editor-in-chief, The Lancet, in The Lancet, 11 April, 2015, Vol 385, “Offline: What is medicine’s 5 sigma?”)

There are many ominous implications in these two statements. I will point out one.

Incompetent, error-filled, and fraudulent studies of medical drugs—for example, published reports on clinical trials of those drugs—would lead one to expect chaos in the field of medical treatment. And by chaos, I mean: the drugs cause widespread death and severe injury.

Again, if a person obtains his news from mainstream sources, he will say, “But I see no evidence of such a vast scandal.”

That is a conspiracy of silence. Because this widespread death and grievous harm HAS been reported. Where? In open-source medical literature.

For example: On July 26, 2000, the US medical community received a titanic shock, when one of its most respected public-health experts, Dr. Barbara Starfield, revealed her findings on healthcare in America. Starfield was associated with the Johns Hopkins School of Public Health.

The Starfield study, “Is US health really the best in the world?”, published in the Journal of the American Medical Association (JAMA), came to the following conclusion, among others:

Every year in the US, correctly prescribed, FDA approved medical drugs kill 106,000 people. Thus, every decade, these drugs kill more than a MILLION people.

On the heels of Starfield’s astonishing findings, media reporting was rather perfunctory, and it soon dwindled. No major newspaper or television network mounted an ongoing “Medicalgate” investigation. Neither the US Department of Justice nor federal health agencies undertook prolonged remedial action.

All in all, those parties who could have taken effective steps to correct this ongoing tragedy preferred to ignore it.

On December 6-7, 2009, I interviewed Dr. Starfield by email. Here is an excerpt from that interview.

Q: What has been the level and tenor of the response to your findings, since 2000?

A: The American public appears to have been hoodwinked into believing that more interventions lead to better health, and most people that I meet are completely unaware that the US does not have the ‘best health in the world’.

Q: In the medical research community, have your medically-caused mortality statistics been debated, or have these figures been accepted, albeit with some degree of shame?

A: The findings have been accepted by those who study them. There has been only one detractor, a former medical school dean, who has received a lot of attention for claiming that the US health system is the best there is and we need more of it. He has a vested interest in medical schools and teaching hospitals (they are his constituency).

Q: Have health agencies of the federal government consulted with you on ways to mitigate the [devastating] effects of the US medical system?

Q: Are you aware of any systematic efforts, since your 2000 JAMA study was published, to remedy the main categories of medically caused deaths in the US?

A: No systematic efforts; however, there have been a lot of studies. Most of them indicate higher rates [of death] than I calculated.

Q: Did your 2000 JAMA study sail through peer review, or was there some opposition to publishing it?

A: It was rejected by the first journal that I sent it to, on the grounds that ‘it would not be interesting to readers’!

Physicians are trained to pay exclusive homage to peer-reviewed published drug studies. These doctors unfailingly ignore the fact that, if medical drugs are killing a million Americans per decade, the studies on which those drugs are based must be fraudulent. In other words, the medical literature is suspect, unreliable, and impenetrable.

WHICH IS EXACTLY WHAT THE TWO ESTEEMED MEDICAL EDITORS I QUOTED ABOVE—MARCIA ANGELL AND RICHARD HORTON—ARE SAYING.

If you know a doctor who enjoys sitting up on his high horse dispensing the final word on modern medicine, you might give him the quotes from Dr. Angell and Dr. Horton, instruct him to read them, and suggest he get in touch with Angell and Horton, in order to discover what has happened to his profession.