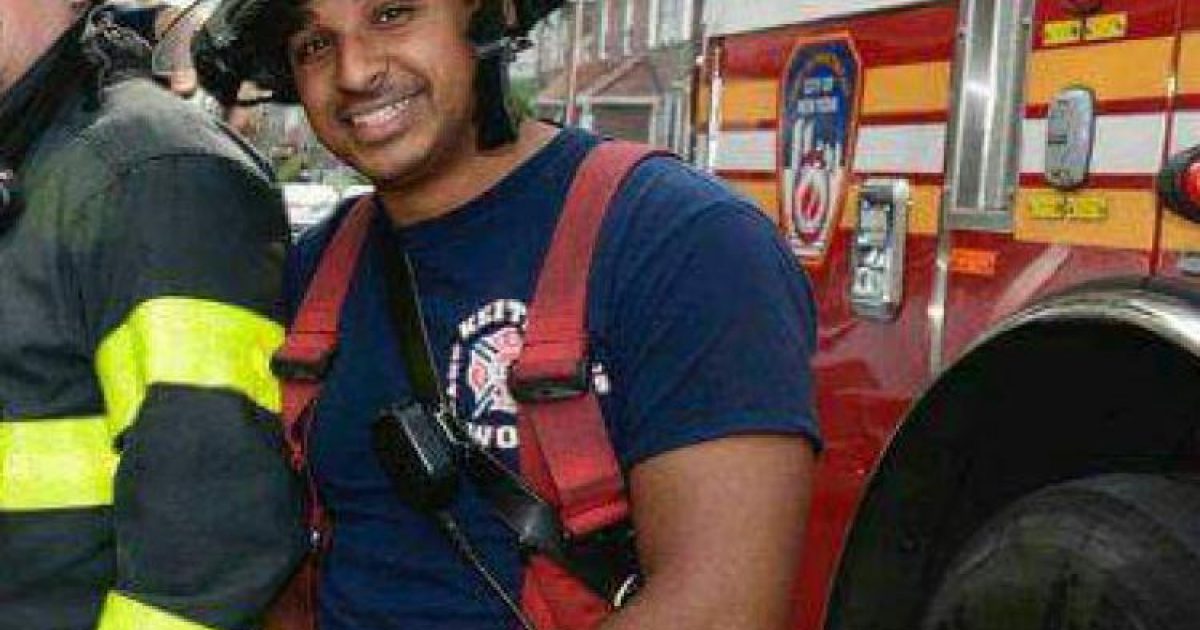 As long as he continues his mental health treatment. Because everyone knows that a Muslim threatening violence against non-Muslims couldn’t be anything but mentally ill, right?

“Hassan has not been suspended over his arrest, the FDNY spokesman said.”

Of course. That would have been “Islamophobic.”

If Raheem Hassan had been a non-Muslim who threatened to kill his Muslim colleagues, do you think criminal charges against him would have been dropped? Neither do I.

“Criminal charges likely to be dropped against firefighter in death threat against comrades,” by Frank Donnelly, SILive.com, February 28, 2018 (thanks to Creeping Sharia):

STATEN ISLAND, N.Y. — Criminal charges against a firefighter who allegedly threatened to “kill” colleagues he claimed had mistreated him over his religious faith will be dropped in six months if he stays out of trouble and continues mental-health treatment.

Raheem Hassan’s case was adjourned in contemplation of dismissal during his appearance Wednesday in Criminal Court.

Hassan, 30, a Staten Island resident, was arrested on Dec. 27 and accused of making a threatening call to his supervising officer at a Dongan Hills home on Dec. 20, said a criminal complaint.

“This is Hassan. I’m going to kill the guys in the firehouse,” the suspect said, according to the complaint.

Hassan worked for the officer for about four years, and the supervisor recognized his voice, the complaint said.

Hassan was charged with a misdemeanor count of aggravated harassment, which carries a maximum penalty of a year in jail on a trial conviction….

The firefighter was assigned to Engine 309/Ladder 159 on E. 48th Street in Brooklyn, which, at the time, was allegedly being investigated for hazing, bullying, threats and sexual misconduct, according to the New York Daily News.

Hassan, a Muslim, reported that his fellow firefighters were tormenting him over his religious beliefs, the News said.

The harassment charge will be dismissed on that date if Hassan continues with the mental-health treatment he is receiving through the Fire Department and also stays out of trouble, said prosecutors.

Hassan has not been suspended over his arrest, the FDNY spokesman said.