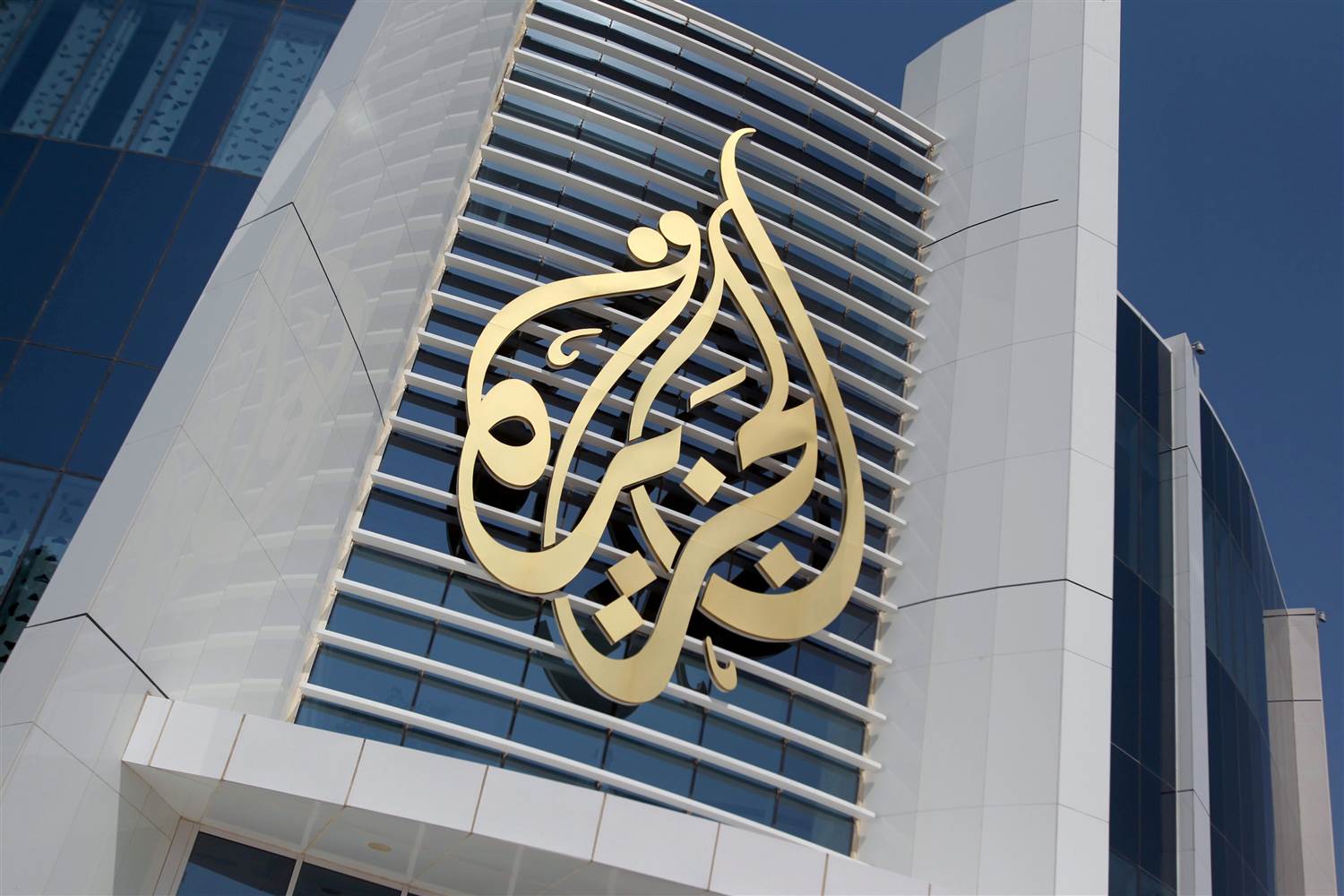 In case you haven’t heard, a bipartisan group of “lawmakers” are concerned over the news Americans are consuming, particularly whether that news is “deceptive propaganda pushed by foreign nations.”  This group of individuals in Washington sent a letter to Attorney Jeff Sessions “urging the attorney general to force Al Jazeera to register as a state-controlled agent of Qatar in accordance with the Foreign Agents Registration Act (FARA).”  Remember, Al Jazeera gained a foothold in the news media here in the united States after Al Gore sold his liberal news network, Current TV, in a lucrative deal to the foreign media outlet in 2013.  Stakeholders in the former network besides Al Gore included Joel Hyatt, Richard Burke with Comcast and DirecTV holding smaller stakes.

According to Politico, “In 2016, Al Jazeera shut down Al Jazeera America, its 24-hour channel specifically targeting US audiences.”  Al Jazeera maintains an online presence with their website, AlJazeera.com, with Joel Hyatt listed as a member of the Board of Directors, current as of March 7, 2018.

“Founded by state charter in 1996 and headquartered in Doha, the Al Jazeera Media Network maintains an estimated global reach of 310 million people in more than 160 countries, and a presence in U.S. cities including Washington, New York, Chicago, Miami and Los Angeles,” the letter reads. “Its broadcasts are easily accessible, including via social media, and, as stated by the U.S. Ambassador to Qatar in 2009 , Al Jazeera is ‘one of Qatar’s most valuable political and diplomatic tools’ and was ‘used as a chip’ to shape Qatar’s relations with other governments.”

NEW: Senators & members of Congress sending bipartisan letter to Attorney General Jeff Sessions calling for an investigation into whether Al Jazeera should register as a foreign agent under FARA

NEW: Senators & members of Congress sending bipartisan letter to Attorney General Jeff Sessions calling for an investigation into whether Al Jazeera should register as a foreign agent under FARA pic.twitter.com/uwLKcbDGjj

According to the letter, “American citizens deserve to know whether the information and news media they consume is impartial, or if it is deceptive propaganda pushed by foreign nations.”

Are these “lawmakers” insinuating that Americans are too unintelligent to know whether information and news media is impartial or not, regardless of where the news and information originates?

Isn’t it a given that news originating from a foreign country, under Islamic Sharia law rule, and peddled inside the united States is propaganda?  For that matter, how many US news organizations frequently push “propaganda” and false narratives to the public?

It was just last year that the Department of Justice required RT (Russia Today), the 24/7 English language news channel presenting a Russian viewpoint on global news, to register under FARA.  Yet, six corporations own ninety percent (90%) of news organizations in America, which seem not to enter into the minds of “lawmakers” at all, and continually exhibit bias and partiality when it comes to so-called news.  There are only a few news media organizations that attempt to show some impartiality, but still peddle narratives as true even though those narratives remain unproven.  While the DOJ required RT to register, it did nothing on Al Jazeera.

Hasn’t anyone in Congress heard of “Operation Mockingbird?”  Of course, they have.  According to Global Research, “The government has been deploying propaganda on US soil for many years as part of an intelligence agenda.  The United States Senate Select Committee to Study Governmental Operations with Respect to Intelligence Activities found in 1975 that the CIA submitted stories to the American press.”

Operation Mockingbird was a secret campaign by the United States Central Intelligence Agency (CIA) to influence media. Begun in the 1950s, it was initially organized by Cord Meyer and Allen W. Dulles, it was later led by Frank Wisner after Dulles became the head of the CIA.

The organization recruited leading American journalists into a network to help present the CIA’s views, and funded some student and cultural organizations, and magazines as fronts. As it developed, it also worked to influence foreign media and political campaigns, in addition to activities by other operating units of the CIA.

The site indicates the only records the CIA claims are available on Operation Mockingbird are the six pages housed on The Black Vault obtained under a Freedom of Information Act request.  The documents also maintain that the project was ended.  Anyone want to believe the CIA operated this program for such a short time as indicated in the documents, generated only six pages of documents, and/or this covert operation ended?  It was still occurring in 1975.  And, wasn’t there reports about Barack Hussein Obama Soetoro Sobarkah working for Business International Corporation, a CIA front, from 1983-1984?  Yes, it was discovered by Wayne Madsen, who later penned a book about it, “The Manufacturing of a President: The CIA’s Insertion of Barack H. Obama, Jr. into the White House.”

Adding to the absurdity that propaganda only occurs from foreign news outlets is the amendment contained in the National Defense Authorization Act (NDAA) that authorizes or “legalizes” the use of propaganda upon the American people to influence public opinion.  ZeroHedge reported in 2016, Hussein Soetoro quietly signed “The Countering Disinformation and Propaganda Act” into law.  Moreover, in December of 2017, President Donald Trump signed to continue the NDAA.  As early as January of this year, Investmentwatchblog.com questioned whether Trump would reinstate the Smith-Mundt Act to end State-sponsored – meaning federal government – propaganda.  But, the Smith-Mundt Act addressed the domestic dissemination of government-produced programming directed to foreign audiences.  Clearly, the NDAA possessed a “modernization” of this act under Section 208, but continued to allow domestic dissemination of government-produced programming.  However, CIA covert operations using Operation Mockingbird is a different entity than what the Smith-Mundt Act prohibited and what the NDAA, Section 208 authorized.

According to The Citizens Audit, the final bill, “The Countering Disinformation and Propaganda Act,” does not prevent the US government from directing propaganda meant for foreign audiences toward US citizens.  With the “Global Engagement Center” coordinating with the federal government to “counter foreign state and non-state propaganda and disinformation efforts aimed at undermining United States national security interests,” this makes individuals inside the US potential “non-state actors,” meaning anyone can fall under this designation since “non-state actors” is not defined.

Since President Donald J. Trump signed the NDAA renewal in 2017, one can postulate the authorization to continue propaganda peddling to the US public by the federal government remains in effect.  And, if the CIA ended the covert Operation Mockingbird but still peddled stories to the American press in 1975, who is to say a new program wasn’t put in its place.  Let’s face facts here.  Transparency in government doesn’t exist.

So, these legislators are concerned over foreign news outlets peddling propaganda to the American public while they authorize the use of propaganda by US government agencies against the American citizenry and the CIA declares Operation Mockingbird ended while continuing its auspices in 1975.  Maybe their concern is that US citizens will believe foreign propaganda over US government propaganda peddled through lamestream enemedia. Who knows?

Without question, Al Jazeera should register under FARA.  The question is why has it taken five years for it to be brought forward when most Americans could tell you what Al Jazeera promoted.  After all, the news organization could continually find Osama Bin Laden when the best US intelligence could not.

With US citizens bombarded with news constantly from news agencies no longer hiding bias and partiality, it becomes more difficult to find news that presents the truth or facts.  But, the US government is here to tell you what is propaganda and who peddles it.  Just don’t look behind the curtain.