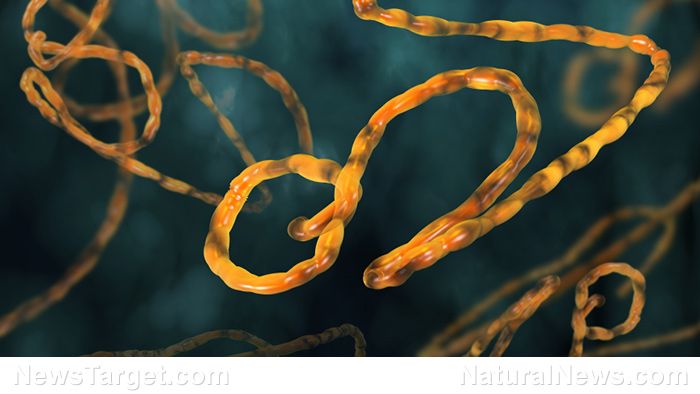 (Natural News) Dr. Tedros Adhanom, director-general for the World Health Organization(WHO), has said that the next outbreak that will hit us will be a “terrible” one, causing huge amounts of death all over the world. Fears of a pandemic have been hovering lately after the worst flu outbreak in recent years devastated Australia, France, the United Kingdom, and the United States.

More recently, the mosquito-borne Zika virus crisis, rocked 70 countries in 2016 and worried scientists the world over. The Zika virus can cause microcephaly, or an abnormally small head, in babies. It spread all over South America in 2016.

The hemorrhagic fever Ebola killed 11,000 individuals in West Africa in 2014 and 2015. It spread to various parts of the U.S. in the same time period. Ebola was officially declared over in January 2016, when Liberia was announced Ebola-free by the WHO. A group of international researchers traced the pandemic back to a two-year-old boy in Meliandou, which is about 400 miles (650 kilometers) from Conakry, the capital of Guinea. The researchers said Emile Ouamouno, who was identified as Patient Zero, probably got infected by the deadly virus by playing with bats in a hollow tree.

Around 29,000 people in Guinea, Sierra Leone, and Liberia contracted Ebola. The virus killed around 40 percent of those it struck. Deaths were also reported in Mali, Nigeria, and the U.S., although at a much smaller scale, with 15 fatalities between the three nations.

Ebola was first identified by scientists in 1976; however, the most recent outbreak is the biggest the world has ever felt so far. It can be transmitted between humans through infected blood, bodily fluids, and other secretions. (Related: Ebola outbreak may already be uncontrollable; Monsanto invests in Ebola treatment drug company as pandemic spreads.)

“This is not some future nightmare scenario. A devastating epidemic could start in any country at any time and kill millions of people because we are still not prepared. The world remains vulnerable. We do not know where and when the next global pandemic will occur, but we know it will take a terrible toll both on human life and on the economy,” Dr. Tedros said.

“Hidden underneath this fear mongering message of a global pandemic is a far more sinister W.H.O. agenda,” warns Mike Adams, the Health Ranger, publisher of Medicine.news. “The real agenda is a global push for blind, fear-based acceptance of unsafe, unproven vaccines that will be rolled out alongside the next global pandemic,” Adams warns. “Fear circumvents rational thinking, which is why the vaccine-pharma cartels routinely turn to irrational fear propaganda to demand absolute and unquestioning acceptance of risky medical interventions that should always be scrutinized for safety and efficacy.”

According to Dr. Tedros, the flu is extremely dangerous to everyone living in the planet. This fear was also promoted by experts at the World Economic Forum in Davos, Switzerland last month.

The claims now arise exactly 100 years after the deadly 1918 Spanish flu that caused the death of 50 million individuals and killed three times as many people as World War I. The first result of such fear-mongering was the swine flu pandemic of 2009, which claimed 300,000 lives all over the world after affecting 60 countries.

“Humanity is more vulnerable in the face of epidemics because we are much more connected and we travel around much more quickly than before,” said WHO specialist in infectious diseases Dr. Sylvie Brand.

For more stories on the spread of viruses and pandemics, visit Outbreak.news.