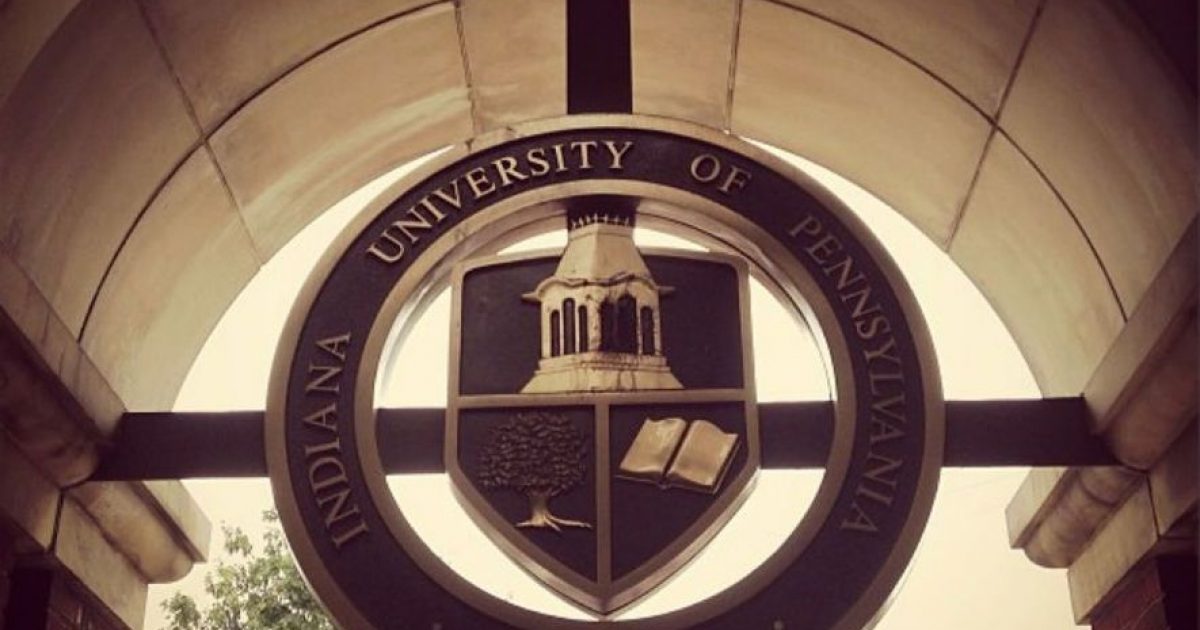 When parents send their children to a public university or college and fork over tens of thousands of dollars for that education, they have an expectation of their child attending classes when scheduled;  particularly, those classes required for graduation.  Yet, a male student attending Indiana University in Pennsylvania was barred from class for voicing his opinion that “the white male privilege” rhetoric is bull manure.  Lake Ingle, the student, was also forced to apologize and given an academic warning by his professor, Alison Downie.

Lake Ingle said students in his Feb. 28 religious studies class watched a TED Talk by transgender woman Paula Stone Williams. He said only women were allowed to participate in a subsequent discussion.

“The floor was opened, and not a single woman spoke,” Mr. Ingletold Campus Reform. “Thirty seconds or so passed and still no woman had spoken. So, I decided it was permissible for me to enter conversation, especially because I felt the conversation itself was completely inappropriate in its structure.”

Mr. Ingle said he disputed several claims in the video, arguing there are only two biological sexes and that the gender wage gap is a myth.

The next day, Mr. Ingle met with his instructor, religious studies professor Alison Downie, who presented him with an academic referral for “objecting to the professor’s class discussion structure,” refusing to “stop talking out of turn,” making “angry outbursts in response to being required to listen to a trans speaker discuss the reality of white male privilege and sexism,” and referring disrespectfully to “the validity of trans identity and experience.”

She ordered Mr. Ingle to “write an apology to the professor which specifically addresses each of the disrespectful behaviors described above, demonstrating ability to take responsibility for inappropriate behavior which has significantly damaged the learning environment of this course.”

He was instructed to read his apology before the class on March 8 and then “listen in silence as the professor and/or any student who wishes to speak shares how he or she felt during Lake’s disrespectful and disruptive outbursts on 2-28.”

Provost Timothy S. Moreland stated in his letter, barring Ingle from class, “You are restricted from any contact, in person, via electronic media and/or by third party with this class or the professor until this issue is resolved,” meaning pending academic integrity charges need to be fully adjudicated before Ingle may return to class.  The class Ingle attended is a requirement for graduation, which occurs in May.  Mr. Ingle has retained legal counsel.

Here is a perfect example of what happens when progressives infest the public school system, including colleges and universities.  Because these thin-skinned ideologues have an aversion to open, honest debate and a differing opinion from their own, freedom of speech is quashed, one cannot complete their required course material due to being barred from class, and students are intimidated, humiliated and abused at the behest of those charged with instructing our children.

Moreover, progressives love to establish the rules by which everyone plays except for them, even when those rules are detrimental.  The professor engaged in discrimination by barring males from participating in a discussion during a co-ed class.  From what Mr. Ingle indicated, no women in the class had any contribution to make to the discussion – imagine that;  therefore, he exercised his right to speak and began the discussion by offering the sensible, reasonable, factual and rational opposing viewpoint.

Evidently, this is what professor Alison Downie opposed – a differing opinion based on fact.  Ignoring facts does not negate them, make them go away, or alter them in any way, shape, or form.  The only thing these progressive ideologues are avoiding is the shredding of the thin veil of lies with which they have surrounded themselves because the ideologues know their rhetoric is based on everything except facts to avoid cognitive dissonance.

Downie behaved inappropriately when she requested Ingle write an apology and read it before the class;  then, stand in silence as she and her band of merry men-hating mentally ill maids, matrons, and “woe men” masticated Ingle for his participation in class, voicing an opposing opinion in order to facilitate a dialogue between peers.  What is even worse is the reaction of the university provost in barring the young man from a required class, allowing academic integrity charges to be filed against Ingle, and jeopardizing Ingle’s ability to graduate in May.

As a parent, this is where the rubber would meet the road as the university and professor would be paid a visit.  In no uncertain terms, both would be told no apology will be forthcoming;  to kiss my grits;  withdraw my child;  and, get ready for the war that is coming.  Of course, the hope would be my child understands under those circumstances that it is acceptable to refuse to issue an apology.  No one should apologize for exercising their God-given individual unalienable right to freedom of speech, the great equalizer of men, in a classroom setting where young adults should be honing their critical thinking skills.

The irony in this entire scenario is Downie, who is a professor of religious studies at Indiana University.  There is nothing more absurd than a progressive ideologue becoming a professor of religious studies.  Progressives, for the most part, reject the truth of God, His Word and perfect law, along with Jesus Christ as God’s Son, who died on the cross for the sins of mankind and was risen on the third day in order that those who believe in Him shall have everlasting life.  However, progressives accept Oprah praying to God for guidance in running for president in 2020 and waiting for Him to provide her an answer as they ridicule Vice-President Mike Pence for his ability to hear God.

It boils down to progressives using God as a convenience when it is convenient.  Hypocrites all, but that is common knowledge by now.  As the old saying goes, “if one doesn’t believe in anything;  one will fall for everything.”

More students need to stand up for their God-given individual unalienable rights as Ingle has done.  Parents should support their children in cases like this, standing with their children against a progressive tyranny occurring in the university system of this republic.  And, lawsuits should commence.  After all, money talks.