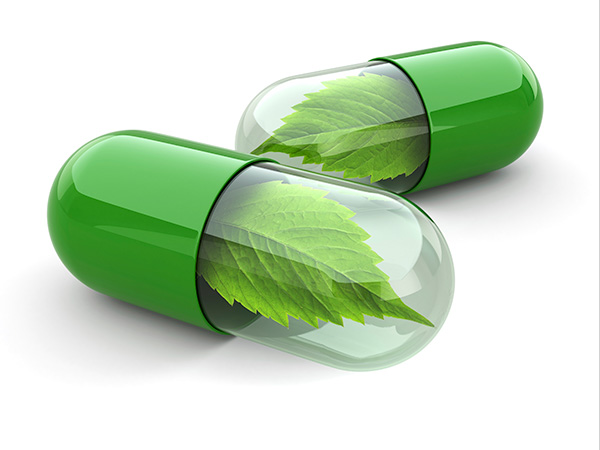 When millions of people forego expensive and toxic medical drugs; when they rarely see conventional doctors; when they don’t receive vaccinations and don’t have their children vaccinated; when they opt for natural remedies; when, worst of all, THEY STAY HEALTHY, this is a hammer blow to drug-based medicine.

These “natural health” people are also going against The Plan, which is a cradle-to-grave system, whereby humans are diagnosed with 30 or 40 diseases and disorders during their lifetime—requiring large amounts of toxic and debilitating drugs—and then they die. Note: The effects of the drugs are labeled “diseases,” which in turn are treated with more harmful drugs, resulting in new diagnoses of “diseases,” and so on. It’s a self-feeding, self-replicating parade of destruction.

You can see the final stages in nursing homes, where the elderly are warehoused. On their night tables are a dozen or so drugs. The tragic end-game.

This pathetic, vicious, pseudoscientific medical assault is praised to the skies, as “the best” in human care. On television, hired hands parade through show after show, insisting that modern medicine is the most brilliant program ever devised for the human race.

At the same time, untold millions of people who opt for natural health expose, by their choices, this titanic lie.

Here is how medical propaganda works, in the big picture. When delivered by competent caring personnel, acute crisis emergency care can produce remarkable results. People who have been damaged in accidents, who develop sudden life-threatening situations (unconnected to medical drugs) can be put back together. However…

Propagandists then parlay this specific success by pretending it applies over the whole field of medical practice, in every aspect. This assertion is absurd, false, and highly dangerous.

The case of a person who is lying in the road after a car crash, and a person who is suffering from chronic immune-system weakness, are as far apart from each other as an ant in Idaho and a rocket on the moon.

The propagandists’ job is to make these two people “the same.” They both need medical care, and medical care is wonderful. The big lie.

More and more people are waking up to this deception, and they are pursuing non-medical means to arrive at a better state of health and maintain it.

Medical propaganda is on a long decline of failure.

That problem is very worrying to the medical cartel.

When you’ve had populations under your control for a long time, with the simplest kind of public relations; when you’ve been very sure your tactics were working; when you’ve blasted the same messages with the same rewarding results; you suffer from overconfidence.

When your tactics don’t work anymore, you don’t know what to do.

Your only option is trying to MANDATE medical treatment. You put populations in a box. You demand they obey.

Now you’re heading toward a showdown. At what point will your prisoners decide they’ve had enough?

Here is a statement to shake up the princes of modern medicine:

“The combined death rate from scarlet fever, diphtheria, whooping cough and measles among children up to fifteen shows that nearly 90 percent of the total decline in mortality between 1860 and 1965 had occurred before the introduction of antibiotics and widespread immunization. In part, this recession may be attributed to improved housing and to a decrease in the virulence of micro-organisms, but by far the most important factor was a higher host-resistance due to better nutrition.” Ivan Illich, Medical Nemesis, Bantam Books, 1977

For decades, authors have been punching holes in medical myths. Their efforts have not gone in vain. Educated readers have been taking their findings to heart.

The truth has been trickling up, down, and sideways in the culture. Remember, we are talking about people’s view of, and concern for, their own bodies. There is nothing abstract about this. The desire for knowledge is intimate. The empty word from on high, spouted by experts, can easily take a back seat. When the issue is pain and suffering vs. well-being, people will shrug off what they’re supposed to think and they will dig for answers.

Here are several statements from a widely beloved American physician, Robert Mendelsohn. During his life, his views served to awaken readers all over the world:

“Modern Medicine would rather you die using its remedies than live by using what physicians call quackery.”

“Almost half of the 100,000 or so surgeons we actually do have right now are superfluous. Those 50,000 or so extra unsheathed scalpels do a lot of damage.”

“The greatest threat of childhood diseases lies in the dangerous and ineffectual efforts made to prevent them through mass immunization…..There is no convincing scientific evidence that mass inoculations can be credited with eliminating any childhood disease.”

“When I was Senior Pediatric Consultant to the Department of Mental Health in Illinois, I cut out a certain kind of operation that was being performed on mongoloid children with heart defects. The stated purpose of the operation was to improve oxygen supply to the brain. The real purpose, of course, was to improve the state’s residency programs in cardiovascular surgery [by training new surgeons], because nothing beneficial happened to the brains of mongoloid children—and the surgeons knew that. The whole idea was absurd. And deadly, since the operation had a fairly high mortality rate. Naturally, the university people were very upset when I cut out the operation. They couldn’t figure out a better use for the mongoloid children, and, besides, it was important to train people. In prepaid group practices where surgeons are paid a steady salary not tied to how many operations they perform, hysterectomies and tonsillectomies occur only about one-third as often as in fee-for-service situations.”

“I can remember when if a hospital’s incidence of Caesarean deliveries went above four or five percent, there was a full scale investigation. The present level is around twenty-five percent. There are no investigations at all. And in some hospitals the rate is pushing fifty percent.”

“Today your child has about as much chance of contracting diphtheria as he does of being bitten by a cobra.” [In the DPT vaccine, the “D” stands for diphtheria.]

Mendelsohn, Ivan Illich, and many other rebel authors have cut across the full range of medical propaganda. They’ve raised red flags on every front. You can’t overestimate the effect they’ve had.

In private meetings, medical cartel front men complain, “The people aren’t listening to us!” They’re right. That’s what happens when gross lies and deceptions are spread out across the planet.