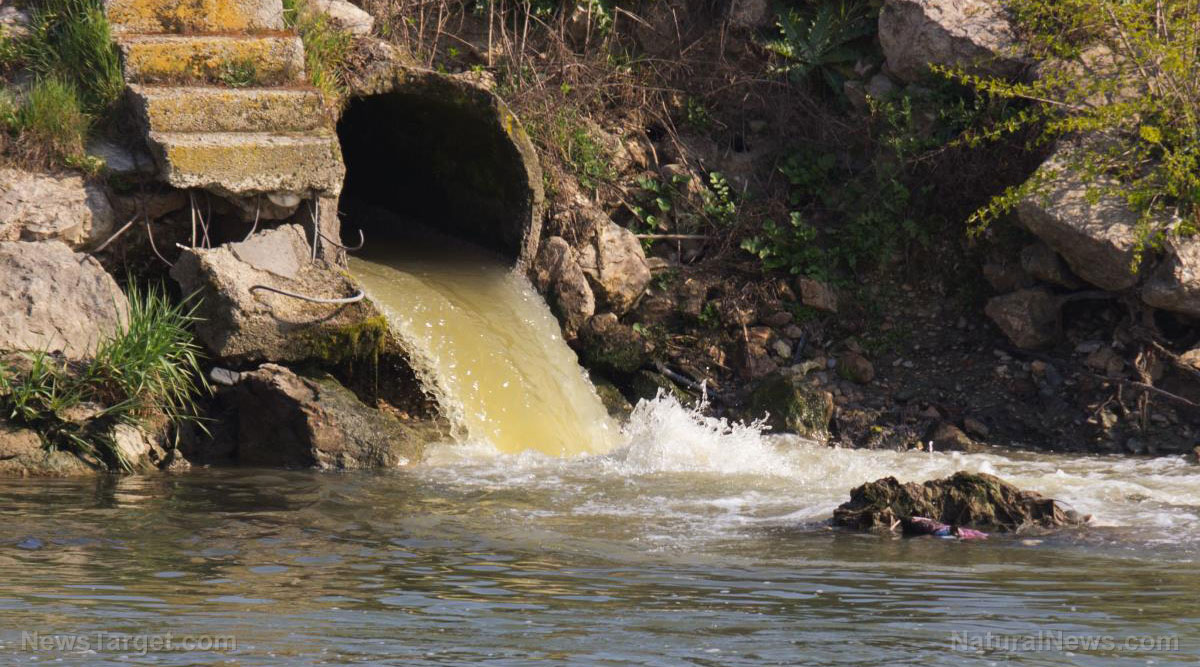 (Natural News) Water has apparently become so scarce in the Golden State that some municipalities are about to begin piping recycled sewer water back into people’s homes, new reports indicate.

The California State Water Resources Control Board recently announced new regulations that will allow treated wastewater to be reused as drinking water, though it won’t make up 100 percent of what comes through the tap.

A certain percentage of recycled wastewater will reportedly be mixed with fresh waterbefore people drink it, officials say. And after being used a second time, this recycled water blend will have to undergo a waiting period before being reused again for a third time.

“This is a type of indirect potable use – it’s not treated recycle water that goes directly to someone’s house,” stated Miryam Barajas from the Water Board in an attempt to reassure the public that the changes aren’t as disgusting as they sound. “It’s highly treated,” she says, not mentioning the residues of pharmaceuticals, heavy metals, and other toxins that don’t get filtered out with current mass-filtration technologies.

The so-called sewer-to-reservoir setup – or what some are referring to as toilet-to-tap – isn’t necessarily new to California, especially in certain areas of Southern California that have been recycling water for several years now. But its implementation on a state-wide scale is new. In some ways, it’s also experimental.

California currently boasts 36 primary reservoirs that are used for drinking water, and Barajas says potentially all of them could end up being converted to toilet-to-tap by essentially flooding them with municipal waste water. Major upgrades still need to occur before these would ever be operational.

“The regulations are now there but the infrastructure is not,” Barajas told local Bay Area media.

The announcement comes after a two-year public review process in which California hired an expert panel to conduct an independent scientific review of the proposed changes. Based on its assessment, converting toilet water back into tap water is a safe process that adequately protects public health.

The process is so safe, according to California, that it’s actually working on an expanded version of the system called “direct potable reuse” that involves piping recycled water back into a drinking water system or raw water supply immediately after use. This recycled water would be dispensed directly upstream of a water treatment plant, which would ensure that it gets properly sanitized and readied for reuse. The new rules that would govern such a system are expected to be released by the year 2023.

Water recycling has long been on the agenda of the California Water Action Plan. Senate bills 918 and 322 both instruct the Water Board to investigate how to develop regulations for both direct and indirect potable water reuse. Just last year alone, the Water Board funded more than $748 million worth of water recycling projects towards this end.

“As usual, the California government is blatantly lying to the public about all this,” warns independent scientist Mike Adams, the Health Ranger, publisher of Pollution.news and other science-based content sites. “The water treatment process used in California to recycle this waste water does almost nothing to remove the tens of thousands of toxic chemicals, pharmaceuticals, hormone disruptors and other organic molecules found in municipal waste,” Adams warns. “A simple mass spec lab test would easily reveal thousands of such chemicals still present in this recycled water. The fact that they are pumping this back into the water supply only serves to amplify and concentrate these toxic chemicals over time. California is in the process of committing chemical suicide while calling it recycling.”

Despite the questions, some beer brewers are even jumping on board, including Stone Brewing, the ninth largest brewery in the country, based in Southern California. As we reported last year, the company is actually proud of its use of recycled water, and even named the brew that utilizes it “Full Circle” pale ale.

“This particular water will just help us not require so much natural water to come in and give us a more reliable source,” Stone Brewing’s chief operating officer, Pat Tiernan, said in a statement. “So for us to be able to reuse, that’s part of our mantra, that’s part of what we do.”

Stone Brewing’s decision largely hinged on a $3 billion initiative launched by the city of San Diego, where the operation is located, to obtain at least one third of the city’s water supply from recycled sources by the year 2021. This translates to roughly 30 million gallons of treated water consumed by residents every day.