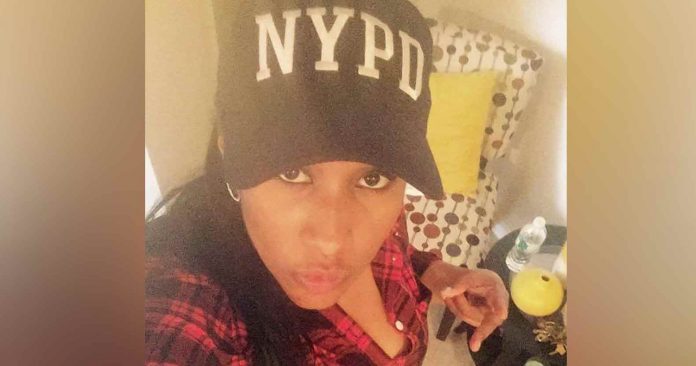 A New York Police Department officer is now in jail after she was caught running a massive cross-country heroin trafficking ring, all while using her badge as a cover to keep police away from the operations.

The Drug Enforcement Administration began investigating NYPD Officer Yessenia Jimenez, 31, in January after they found the phone number of her boyfriend, Luis Soto, 33, on the cell phone of a narcotics trafficking suspect.

The investigation concluded that Jimenez and Soto were conducting a heroin trafficking operation that stemmed Mexico to New York. The New York Daily News reported that the pair was arrested this week after they made a trip to Massachusetts to meet with a heroin trafficker.

DEA, NYPD, and state police task force officers confronted Soto around 2 a.m. on Tuesday after he returned from the trip and was seen unloading bags from the trunk of his car, outside of the couple’s apartment building in the Soundview neighborhood in Bronx, New York.

imenez was sitting in the passenger seat of the car with a purse as her feet that contained $25,000 in cash and the Glock 9-mm gun issued to her from the NYPD—and paid for by taxpayers.

The couple was arrested, and the officers found another $25,000 in cash in a black plastic grocery bag in the car, which Soto claimed he obtained during the trip to Massachusetts. Upon searching the couple’s apartment, the officers found at least 250 grams of heroin, according to reports.

Jimenez and Soto are now facing drug trafficking and weapons charges, and while Jimenez’s lawyer, Mark Gombiner, did not comment on the drug trafficking, he did criticize the illegal weapons possession charge.

The Associated Press reported that Jimenez has been suspended without pay from the New York Police Department, and in response to the news of her second job, NYPD Commissioner James O’Neill called the allegations “troubling.”

Jimenez joined the NYPD in 2015, and her Facebook page features several photos promoting the saying “Police Lives Matter” with a blue horizontal line across the photo. She also posted photos of herself in NYPD t-shirts, and her intro states, “I PROUDLY SUPPORT LAW ENFORCEMENT