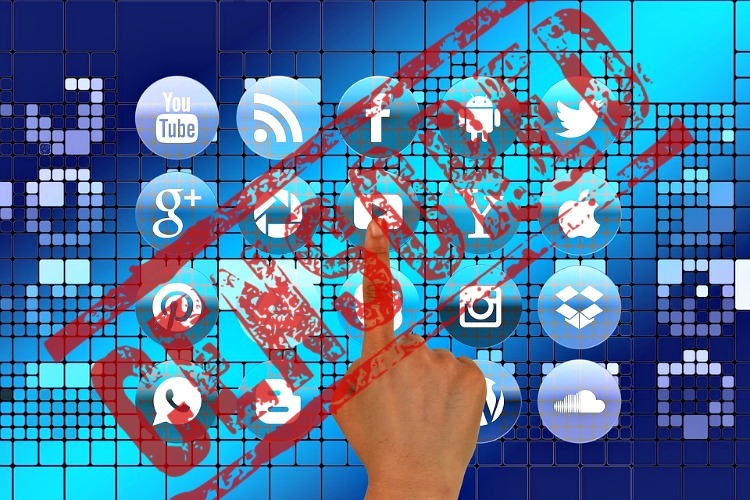 It’s not breaking news that the internet censors have been hard at work to silence voices that are in opposition to the mainstream media agenda. But after the influence that social media had on the last election, things are going to a whole new level. The internet, that last bastion of truly free speech, isn’t very free anymore.

We’re watching the evolution of Newspeak right before our very eyes as the internet strives to silence any voices that oppose their carefully crafted stories of how guns are bad, there are 291 genders, and anyone who isn’t a liberal is an evil Nazi racist.

If you aren’t familiar with the term “Newspeak,” it’s from George Orwell’s prophetic novel, 1984.

“Don’t you see that the whole aim of Newspeak is to narrow the range of thought? In the end we shall make thought-crime literally impossible, because there will be no words in which to express it. Every concept that can ever be needed will be expressed by eactly one word, with its meaning rigidly defined and all its subsidiary meanings rubbed out and forgotten. . . . The process will still be continuing long after you and I are dead. Every year fewer and fewer words, and the range of consciousness always a little smaller. Even now, of course, there’s no reason or excuse for commiting thought-crime. It’s merely a question of self-discipline, reality-control. But in the end there won’t be any need even for that. . . . Has it ever occcured to you, Winston, that by the year 2050, at the very latest, not a single human being will be alive who could understand such a conversation as we are having now?” (source)

YouTube, Twitter, and Facebook have all been participating in a full-on purge of not just conservative voices, but the voices of anyone who is loudly anti-establishment. Any internet personality who is pro-gun or anti-socialism can fully expect to be censored. If you go against the agenda, you will be silenced.

Apparently, we have become too discerning for their liking and we can’t be trusted to hear both sides of the story and decide what seems most accurate.

In this video, Ben Swann, who is mercifully back from a long, unexplained hiatus, gives us the facts on how the internet censors are striving to ensure we hear only one side of the story.

I’m certainly not in the same category as Mike Adams or Alex Jones, who have hundreds of thousands of followers, but even I have experienced this censorship. Facebook frequently refuses to allow me to pay to boost posts that might be controversial in nature, Back in 2016, I posted an article containing 2 videos, one of which was quickly removed from YouTube. It was about the threat of civil unrest to the Milwaukee suburbs after a cop killed a black man. The media portrayed the man’s sister as warmly trying to prevent the unrest, urging people not to burn down their own neighborhoods. But they cut her rant right before she urged people to burn down the suburbs instead. I quoted her as saying:

But somehow, I was the one who was in the doghouse for quoting what she said and showing both of the videos. My article was reported as “hate speech” a number of times and Facebook removed it. Not only did they remove it, they banned me from posting for a week, giving me a “warning” about hate speech. I also got put in Facebook jail once when someone asked what Godwin’s Law was and I used the word Nazi because it hurt someone’s feelings who was from Germany when I said the word “Hitler.” I could not make this stuff up.

A lot of you may be wondering why alternative media sources use social media at all, and the answer is – we have to if we want to be heard. If we want to be competitive and we want our stories to be out there, we must go where the people are. And there are millions of people on Facebook, Twitter, and YouTube.

But purges like this are why it’s particularly important that you sign up for email lists if you want to hear the real stories. (You can sign up for mine right here.) And even then, it isn’t a guarantee you won’t be the victim of censors. During the election, for research purposes, I signed up for both Hillary Clinton and Donald Trump’s email lists. Clinton’s ended up in my inbox without fail, while Trump’s went to my spam folder, no matter how often I marked it as “not spam.”

This is something we have to stop now. We have to speak up and let these social media outlets know that we aren’t going to put up with their censorship and their control of the national narrative.