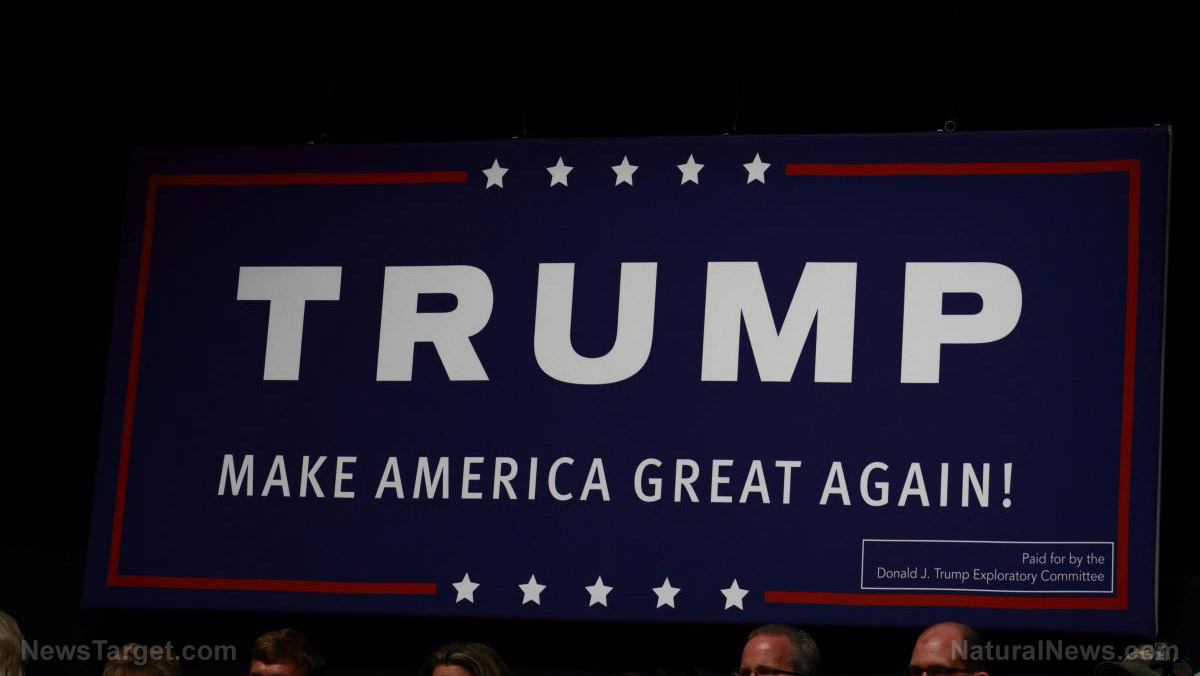 (Natural News) I’ve written about this subject time and again but I’ll continue pointing out each and every example I see: The true purveyors of bullying, violence, and hate in America come are on the side of the Democrat Party-aligned Left.

You may have heard earlier this week that a number of Left-leaning groups were responsible for scores of “walkout” protests at schools all over the country on the one-month anniversary of the Parkland, Fla., shootings at Marjorie Stoneman Douglas High School. The purpose of the walkouts was to draw attention to the hard Left’s gun control agenda — no more, no less.

But apparently that was the only permissible political message, at least at one Minneapolis, Minnesota high school: As reported by the New York Post, a student who carried a flag emblazoned with the word “Trump” was beaten by other students during the Wednesday walkout protest:

The unidentified flag-waving student was confronted by two classmates at Southwest High School as students gathered outside early Wednesday to protest gun violence after a shooting that left 17 people dead at a Florida high school last month, WCCO reports.

As students began observing a moment of silence, two students decided to confront the Trump flag waving student who was across the street. As they began pummeling him, reports said six more students joined in as well.

Nothing like a fair fight. (Related: Here’s why the American Left and Right probably will never reconcile differences without violence: Democrats have become the party of GENOCIDE.)

In the end, the victim’s flag was taken from him (and likely destroyed though news reports don’t confirm that), his camera was damaged, and he was battered and bruised.

Reports said the melee was broken up by a school resource officer and that no arrests were made. It also isn’t clear whether the school planned to take any action against the thug kids who attacked the Trump supporter — only that the resource officer is “investigating.”

This is a major teaching moment, so here’s what ought to happen:

— First and foremost, because this was a gang of kids and not just one student confronting another student in a typical ‘school fight’ scenario, there most definitely should be arrests made, even if it is found that the Trump supporter was taunting the others (there is no evidence of that yet, despite multiple reports). You cannot gang up on someone and beat the daylights out of them, period.

— The school should immediately suspend the attackers — perhaps for good. The message must be sent: You cannot gang up on someone and beat the daylights out of them, period.

— The parents of the kids who attacked the Trump supporter should be admonished — for raising children who think violence against another person who holds different political beliefs is okay. It’s not okay; it’s never okay. We solve our political differences by educating ourselves on the issues and voting.

— State education officials should force the school to hold two mandatory classes: 1) conflict management; and 2) civics, during which kids should be educated that political differences can and should be debated, but in a civilized manner that is ultimately settled at the ballot box, not on the parking lot or sidewalk across from the school.

How many of these things will happen? If I were to hazard a guess I’d say maybe the suspensions, and even then for just a few days. But anything less than what I’ve outlined will send a signal to impressionable children: When the Left disagrees, using violence against political opponents is okay, but when the Right disagrees, they should shut up about it or face the consequences.

That is a shocking lesson to be teaching American school children, but I guess in the age of Trump, anything that serves to silence his supporters is both allowable and even justified, up to and including violent intimidation.

Remember when Left-wing school administrators were all about ending bullying?