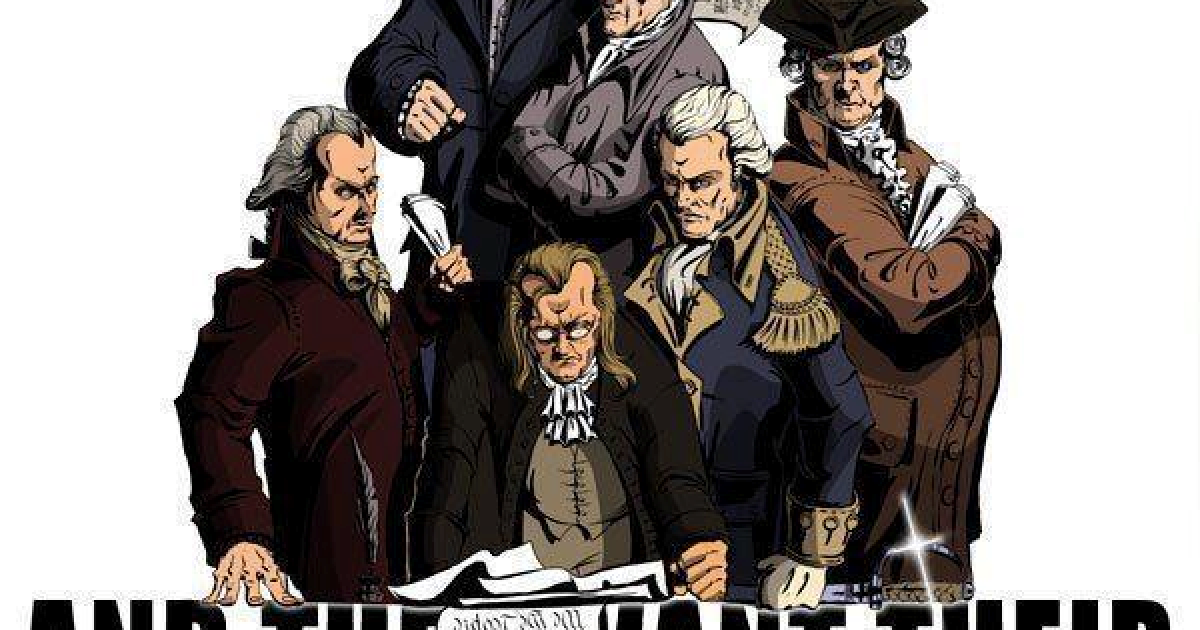 With all of that is going on with these anti-gunner politicians (surrounded by armed security detail) working hard for their special interest groups, rather then upholding the US Constitution, the US Constitution which they swore an oath to uphold, instead, and in using the tactic of “necessity” based off of some tragedy, massacre which in many cases are induced false flag events (conspired black ops Jeremiah 11:9), one must understand the methods and the language of their enemies.

“Necessity is the plea for every infringement of human freedom. It is the argument of tyrants; it is the creed of slaves.” – William Pitt (the Younger), Speech in the House of Commons, November 18, 1783

Furthermore, when you look to the anti-gunner corrupt politicians and their methods one must ask where did they derive their delegated authority to encroach upon the God-given RIGHTS of the American people? I cannot find it! Why? Because it isn’t there (Hosea 4:6).

Americans must come to terms that corrupt politicians are not the type that you can help or rehabilitate; they are the type that you must lawfully remove, or you will lose your God given RIGHTS! (Article 2, Section 4, US Constitution)

“The tree of liberty must be refreshed from time to time with the blood of patriots and tyrants.” – President Thomas Jefferson

It is the difference between a FREE people, and an enslaved people there are no in-between (Luke 11:2).

“To disarm the people…[i]s the most effectual way to enslave them.”
– George Mason, referencing advice given to the British Parliament by Pennsylvania governor Sir William Keith, The Debates in the Several State Conventions on the Adoption of the Federal Constitution, June 14, 1788

Therefore, it might be well for you to take a couple of minutes and read what our forefathers had said in their writings during the ratifications to establish gun rights to Americans as a whole, namely the Second Amendment to the Bill of Rights. Who knows better what the Second Amendment means than the Founding Fathers that established our God-given rights?

A well regulated militia being necessary to the security of a free State, the right of the People to keep and bear arms shall not be infringed.

First, who are the militia?

“I ask who are the militia? They consist now of the whole people, except a few public officers.” – George Mason, Address to the Virginia Ratifying Convention, June 4, 1788

“The right of the people to keep and bear arms shall not be infringed. A well regulated militia, composed of the body of the people, trained to arms, is the best and most natural defense of a free country.” – James Madison, I Annals of Congress 434, June 8, 1789

“A militia when properly formed are in fact the people themselves…and include, according to the past and general usuage of the states, all men capable of bearing arms…  “To preserve liberty, it is essential that the whole body of the people always possess arms, and be taught alike, especially when young, how to use them.”
– Richard Henry Lee, Federal Farmer No. 18, January 25, 1788

“What, Sir, is the use of a militia? It is to prevent the establishment of a standing army, the bane of liberty …. Whenever Governments mean to invade the rights and liberties of the people, they always attempt to destroy the militia, in order to raise an army upon their ruins.”
– Rep. Elbridge Gerry of Massachusetts, I Annals of Congress 750, August 17, 1789

Second, look to our American forefathers and how what they established contradicts the corruptions in the face of the present day criminal politicians (Psalm 94:20; Luke 22:48; John 8:44).

“Before a standing army can rule, the people must be disarmed, as they are in almost every country in Europe. The supreme power in America cannot enforce unjust laws by the sword; because the whole body of the people are armed, and constitute a force superior to any band of regular troops.” – Noah Webster, An Examination of the Leading Principles of the Federal Constitution, October 10, 1787

“A free people ought not only to be armed, but disciplined…”
– George Washington, First Annual Address, to both House of Congress, January 8, 1790

“No free man shall ever be debarred the use of arms.”
– Thomas Jefferson, Virginia Constitution, Draft 1, 1776

“What country can preserve its liberties if their rulers are not warned from time to time that their people preserve the spirit of resistance. Let them take arms.” – Thomas Jefferson, letter to James Madison, December 20, 1787

“The laws that forbid the carrying of arms are laws of such a nature. They disarm only those who are neither inclined nor determined to commit crimes…. Such laws make things worse for the assaulted and better for the assailants; they serve rather to encourage than to prevent homicides, for an unarmed man may be attacked with greater confidence than an armed man.” – Thomas Jefferson, Commonplace Book (quoting 18th century criminologist Cesare Beccaria), 1774-1776

“A strong body makes the mind strong. As to the species of exercises, I advise the gun. While this gives moderate exercise to the body, it gives boldness, enterprise and independence to the mind. Games played with the ball, and others of that nature, are too violent for the body and stamp no character on the mind. Let your gun therefore be your constant companion of your walks.” – Thomas Jefferson, letter to Peter Carr, August 19, 1785

“The Constitution of most of our states (and of the United States) assert that all power is inherent in the people; that they may exercise it by themselves; that it is their right and duty to be at all times armed.” – Thomas Jefferson, letter to to John Cartwright, 5 June 1824

“On every occasion [of Constitutional interpretation] let us carry ourselves back to the time when the Constitution was adopted, recollect the spirit manifested in the debates, and instead of trying [to force] what meaning may be squeezed out of the text, or invented against it, [instead let us] conform to the probable one in which it was passed.” – Thomas Jefferson, letter to William Johnson, 12 June 1823

“Besides the advantage of being armed, which the Americans possess over the people of almost every other nation, the existence of subordinate governments, to which the people are attached, and by which the militia officers are appointed, forms a barrier against the enterprises of ambition, more insurmountable than any which a simple government of any form can admit of.” – James Madison, Federalist No. 46, January 29, 1788

“This may be considered as the true palladium of liberty…. The right of self-defense is the first law of nature: in most governments it has been the study of rulers to confine this right within the narrowest limits possible. Wherever standing armies are kept up, and the right of the people to keep and bear arms is, under any color or pretext whatsoever, prohibited, liberty, if not already annihilated, is on the brink of destruction.” – St. George Tucker, Blackstone’s Commentaries on the Laws of England, 1803

“The supposed quietude of a good man allures the ruffian; while on the other hand, arms, like law, discourage and keep the invader and the plunderer in awe, and preserve order in the world as well as property. The balance ofpower is the scale of peace. The same balance would be preserved were all the world destitute of arms, for all would be alike; but since some will not, others dare not lay them aside. And while a single nation refuses to lay them down, it is proper that all should keep them up. Horrid mischief would ensue were one-half the world deprived of the use of them; for while avarice and ambition have a place in the heart of man, the weak will become a prey to the strong. The history of every age and nation establishes these truths, and facts need but little arguments when they prove themselves.”
– Thomas Paine, “Thoughts on Defensive War” in Pennsylvania Magazine, July 1775

“The right of the citizens to keep and bear arms has justly been considered, as the palladium of the liberties of a republic; since it offers a strong moral check against the usurpation and arbitrary power of rulers; and will generally, even if these are successful in the first instance, enable the people to resist and triumph over them.”
– Joseph Story, Commentaries on the Constitution of the United States, 1833

“For it is a truth, which the experience of ages has attested, that the people are always most in danger when the means of injuring their rights are in the possession of those of whom they entertain the least suspicion.” – Alexander Hamilton, Federalist No. 25, December 21, 1787

“If the representatives of the people betray their constituents, there is then no resource left but in the exertion of that original right of self-defense which is paramount to all positive forms of government, and which against the usurpations of the national rulers, may be exerted with infinitely better prospect of success than against those of the rulers of an individual state. In a single state, if the persons intrusted with supreme power become usurpers, the different parcels, subdivisions, or districts of which it consists, having no distinct government in each, can take no regular measures for defense. The citizens must rush tumultuously to arms, without concert, without system, without resource; except in their courage and despair.”
– Alexander Hamilton, Federalist No. 28

“As civil rulers, not having their duty to the people before them, may attempt to tyrannize, and as the military forces which must be occasionally raised to defend our country, might pervert their power to the injury of their fellow citizens, the people are confirmed by the article in their right to keep and bear their private arms.”
– Tench Coxe, Philadelphia Federal Gazette, June 18, 1789

“Guard with jealous attention the public liberty. Suspect everyone who approaches that jewel. Unfortunately, nothing will preserve it but downright force. Whenever you give up that force, you are ruined…. The great object is that every man be armed. Everyone who is able might have a gun.” – Patrick Henry, Speech to the Virginia Ratifying Convention, June 5, 1778

We have heard over and over from criminal anti-gunner politicians that we do not need 30 round magazines when it comes to our ability to protect ourselves.

Just a reminder to all, we do not need 30 rounds to hunt with, correct, but the Second Amendment was not written in case the deer turn against us, it was given in case our government does.

“The beauty of the Second Amendment is that it will not be needed until they try to take it!”