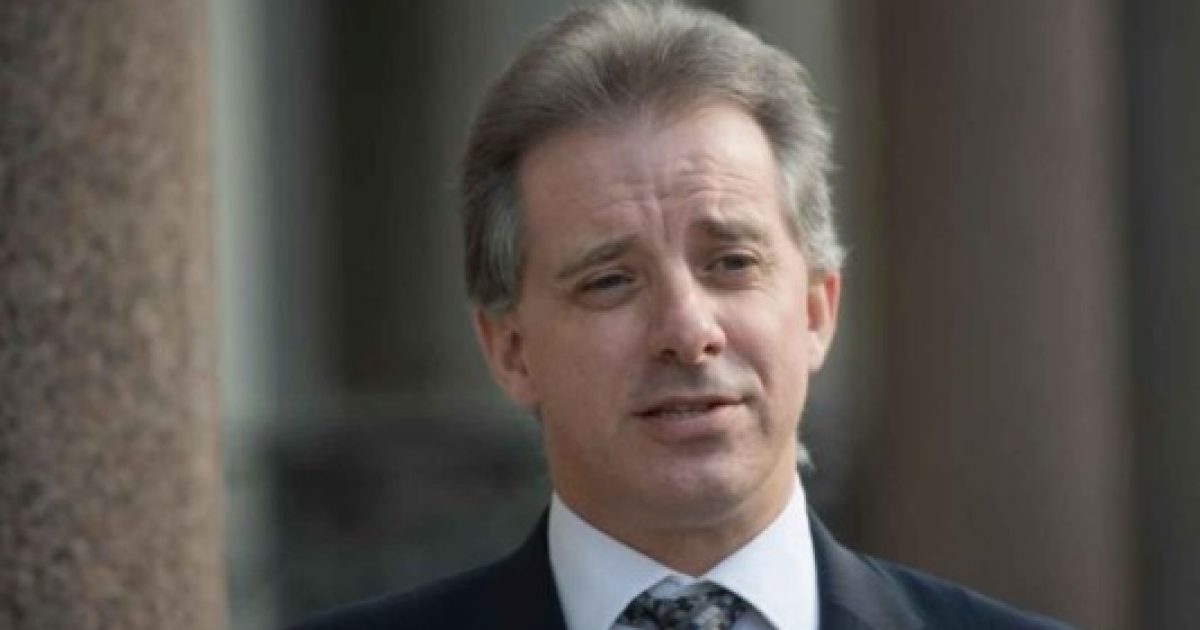 “I know nothing,” isn’t just the motto of Sergeant Schultz. It’s also the Clinton motto. And Christopher Steele, the Brit whom the Clinton campaign hired to find out things for them, also knows nothing.

Or at least that’s the theme of the sprawling New Yorker profile of Steele, his dossier and his associates.

Steele, Jane Mayer, its authoress, tells us, is a brilliant researcher and we should take his word about all his allegations involving President Trump. Even the ones that aren’t true and don’t make any sense.

But he doesn’t know anything.

Take the Cody Shearer memo, the document authored by a Clinton plumber and which Steele passed along to the FBI as confirmation of his claims. The existence of the Shearer memo raised serious questions about whether the Clintons weren’t just paying Steele to dig up dirt, but were providing it. Some have speculated that Shearer’s smears were the original basis for Steele’s dossier.

But wait a minute.

Steele knew nothing. The New Yorker asks us to believe that their brilliant and trustworthy researcher passed along Shearer’s smears to the FBI without knowing who he was. ”Steele wasn’t aware that Shearer had longtime ties to the Clintons,” Mayer tells us, “as did Sidney Blumenthal, a Clinton ally, who had given Shearer’s report to Winer.”

How could Steele ever be expected to know anything about the men whose material he was passing on to the FBI? Assuming, quite improbably, that Steele didn’t recognize the name of a close adviser to a former Secretary of State who had recently been involved in a foreign policy scandal, it would have taken him all of 60 seconds on Google to discover who Shearer and Blumenthal were.

Either Steele was so ridiculously incompetent that he sent intelligence materials to the FBI from random people whose names he never checked. Or he’s obscuring his connections to the Clintons the way that Clintonworld is obscuring its links to Steele and the dossier that it paid for, but knew nothing about.

Mayer’s New Yorker profile insists that, “Steele turned out to be a secret kept from the campaign”. John Podesta, Hillary’s campaign chair, only found out about his own campaign’s opposition research, from the media. Robby Mook was just as clueless. Not only did Steele not know whose opposition research he was passing to the FBI, but the Clinton campaign didn’t know anything about its own opposition research.

But in that case, why was it paying for opposition research that it didn’t know anything about?

“Podesta and Mook have maintained that they had no idea a former foreign intelligence officer was on the Democrats’ payroll until the Mother Jones article appeared,” the New Yorker profile tells us.

Podesta met with Senate Intelligence Committee staff members on Nov 18, 2017. On Monday, he denied it. On Tuesday, the Washington Post conveniently reported that the Clinton campaign had funded the dossier. That was perfect timing. Podesta could claim to have found out about his own opposition research the day after he claimed not to have known about it. That’s some real collusion.

But the Mother Jones article linked to by the profile is dated Oct 31, 2016. Even accounting for some really late deliveries, it would appear that Podesta did know what he claimed not to have known.

Not only are we being asked to believe that Christopher Steele knows everything that goes on in Moscow, but has no idea whose memo he was passing along to the FBI, but we’re being told that the Clinton campaign was spending money on opposition research that it didn’t even know about. This opposition research was then passed around to the media and the FBI without them ever knowing it.

The Clinton campaign was also far too noble to actually use the “sex stuff” in the opposition research that it didn’t know about. According to Fusion GPS boss Glenn Simpson, “Sex stuff is kind of worthless in a campaign.” That’s the same campaign whose backers were offering Trump accusers up to $750K.

The Clinton campaign thought the sex stuff was worthless even as Clinton associates Cody Shearer and Sidney Blumenthal were using the State Department’s Jonathan Winer to pass a “sex stuff” memo to Steele, who then passed it to the FBI. And Shearer and Blumenthal somehow came up with the same material as Steele, without ever having seen his dossier. But if they came up with it independently, why was the Clinton campaign paying all that money to a British former intelligence agent to produce it?

After spending much of the article trying to immunize the Clinton campaign and Steele from accusations that they were coordinating, Jane Mayer is forced to report her own attendance at a Steele event. “These encounters were surely sanctioned in some way by Fusion’s client, the Clinton campaign,” she mentions. It’s a strange note in an article dedicated to arguing the exact opposite. Why mention it? Because it’s quite likely that Mayer knew of a Clinton link to the briefing and is immunizing herself.

That’s how the game is played.

But meanwhile everyone except the Clinton campaign knew about its Steele dossier. Steele passed the dossier to Jonathan Winer, a State Department employee, who then passed Shearer’s material to Steele. How did Winer get to be in the dossier and memo business? He worked for the Clintons in the government and for a lobbying firm linked to the Clintons.

But we’re expected to believe that he got into this on his own without any campaign involvement.

Winer dragged in Victoria Nuland and then John Kerry. But they also knew nothing. “The State Department officials didn’t know who was funding Steele’s research, but they could see how politically explosive it was,” Mayer writes. It’s the fall of 2016. Who could they have thought was funding opposition research? Gary Johnson, Jill Stein or John Kasich? Winer was passing along material from Sidney Blumenthal, yet he had no clue which campaign Hillary’s “old friend” could be associated with?

Everyone in this fictional thriller is always doing things purely on their own initiative.

“On my own, I shared a copy of these notes with Steele,” Winer writes of Shearer’s memo. And then Steele goes off, on his own, and sends the Shearer memo to the FBI. Steele independently contacts the FBI. Winer independently brings in the leadership of the State Department. They don’t know anything and they never coordinate with anyone. Including the people who are paying them.

And even though Steele couldn’t figure out whom a famous Clinton associate might be representing, and the State Department couldn’t figure that out either, and the Clinton campaign couldn’t even find out what was in its own opposition research, we should take all their allegations about Trump seriously.

These same ladies and gentlemen who want us to believe that they couldn’t tie their own shoes expect us to overturn the results of the previous election because while they don’t know a single thing that happens in their own campaigns and departments, they know everything that goes on in Moscow.