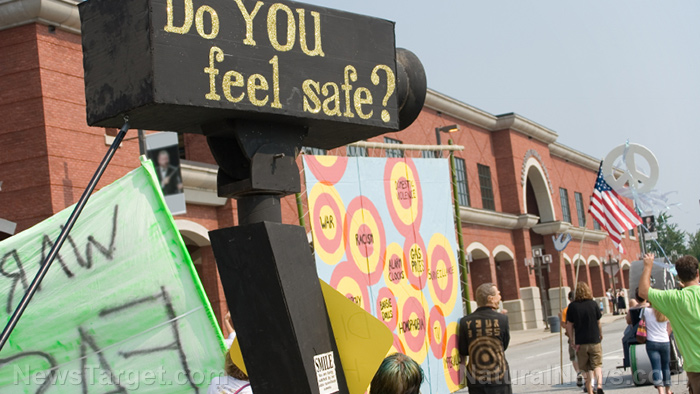 (Natural News) Three students at a Maryland high school are in critical condition Tuesday morning after one male student brought a handgun to school and shot a female student while striking another male student.

According to local media, the attack occurred at Great Mills High School in Great Mills, Md. The shooter, himself a student, exchanged fire with a school resource officer (SRO); the student was wounded in the exchange.

Deputies were called to the school shortly before 8 a.m.; the school is located about 60 miles southeast of Washington, D.C.

St. Mary’s County Sheriff Tim Cameron told local media his office has prepared for this kind of incident, but added that despite the quick response from the SRO, two students were still shot.

“You train to respond to this and you hope that you never ever have to,” he said. “This is the realization of your worst nightmare — that, in a school, that our children could be attacked. And so as quickly … as that SRO responded and engaged, there’s grievous injuries to two students.”

“Now begins the second phase of this operation, and that’s the background and the investigation and the attempt for the school to return to normal,” he added.

Okay, so those are the facts thus far about this latest incident in what has become an epidemic in America: School shootings involving armed students. We’ll no doubt find out more about it in the days ahead, though initially, it sounds as though this could be a case of jilted love.

The real tragedy here outside of the fact that there are parents who are shocked to their core over this is the fact that, as in past shootings, this one will also be politicized.

Some will argue that this was another “gun-free zone,” but it wasn’t, actually; there was an armed SRO in the school and the officer apparently reacted quickly and appropriately to the situation. The SRO at Marjory Stoneman Douglas High School in Parkland, Fla., by comparison, turned the school into a gun-free zone when he failed to respond to alleged shooter Nikolas Cruz.

So while this is actually a great example of how a good person with a gun can stop a bad person with a gun, what do you want to wager that the Alt-Left will turn this tragedy into yet another campaign against the National Rifle Association?

How long do you think it will take before Marxist Democrats once again level accusations against the NRA, blaming the gun-rights group for this shooting as they have been blamed for past shootings — though there hasn’t been a single instance where an active NRA member turned into a mass murder.

I give it less than 24 hours. I’d love to be wrong but I’m betting I won’t be. (Related: NRA’s Dana Loesch reveals why the so-called “journalists” at CNN are some of the lowest forms of life walking the planet today.)

The Left will blame the NRA because the Left refuses to blame its culturally destructive ideology, which is the real culprit behind this rash of school shootings.

Think about it: Before the Left purged God and the Pledge of Allegiance and personal responsibility and civics and self-reliance and self-sacrifice and traditional America out of the public schools, we didn’t have these incidents.

We didn’t have kids killing kids at all, for that matter — at least not on the scale we’re seeing.

Before the Left created its victim mentality and destroyed young people’s ability to cope with everyday life, we didn’t have school shootings.

We had fist fights and name-calling, sure, but that’s much more “normal” than bringing a gun to school. I can’t recall anyone from my high school days being killed by a fist. And in those days, a lot of us came to school with guns — in our cars and pickups after we spent the early morning hours hunting.

Our society is sick, and it’s been poisoned by the Left. But as usual, they will refuse to own up to it.