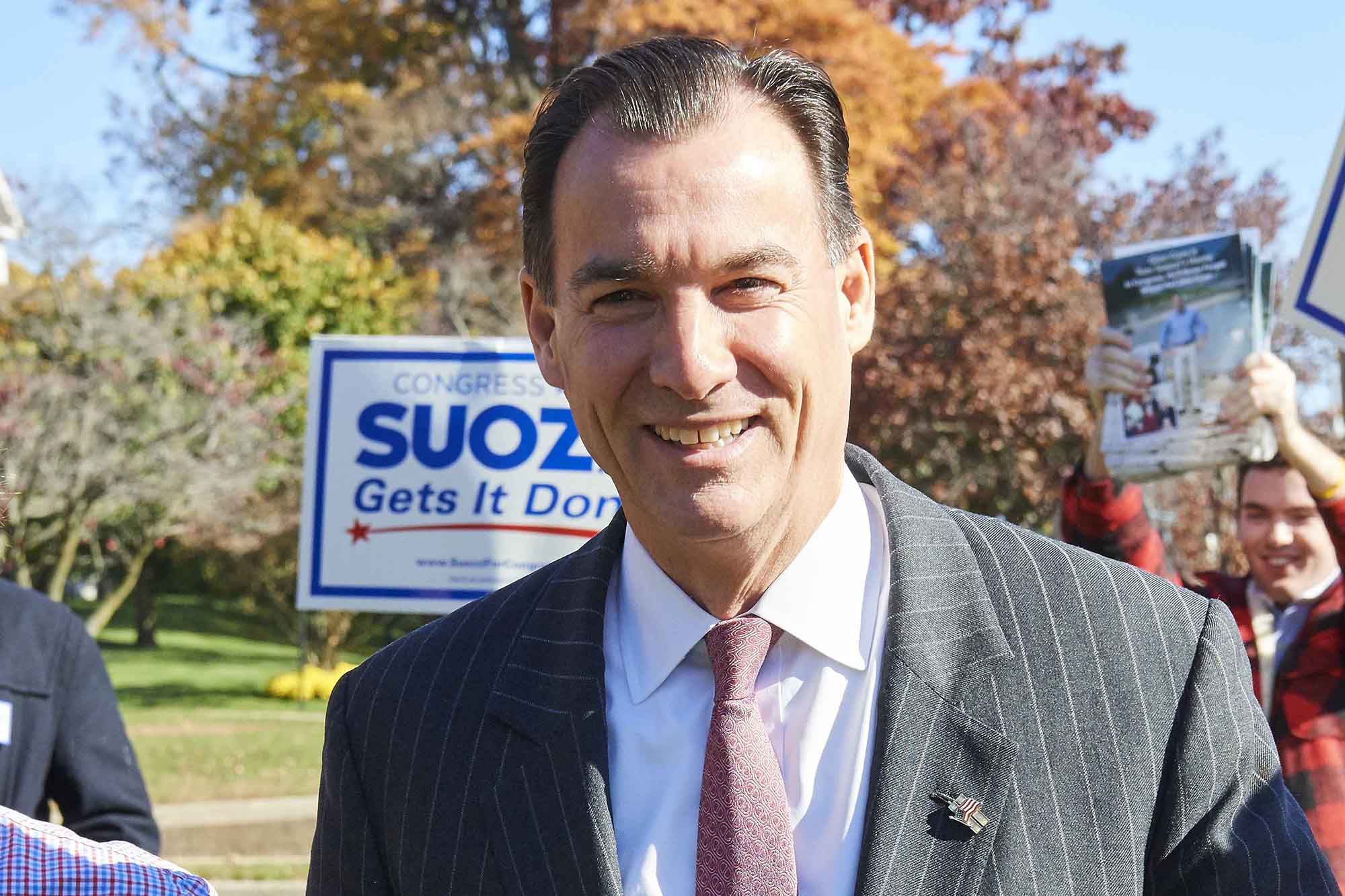 Whoever incites, sets on foot, assists, or engages in any rebellion or insurrection against the authority of the United States or the laws thereof, or gives aid or comfort thereto, shall be fined under this title or imprisoned not more than ten years, or both; and shall be incapable of holding any office under the United States.

On March 12, 2018, at a townhall meeting in Huntington, New York, Democrat Congressman Tom Suozzi, who represents Long Island, did precisely that, suggesting that his constituents take up arms against President Trump, in violation of 18 U.S. Code § 2382.

As reported by Carl Campanile for the New York Post, March 19, 2018, Suozzi is seen in a newly released video of his town hall appearance, in which he said:

“It’s really a matter of putting public pressure on the president. This is where the Second Amendment comes in, quite frankly, because you know, what if the president was to ignore the courts? What would you do? What would we do?”

Someone in the audience asks, “What’s the Second Amendment?”

Suozzi says, “The Second Amendment is the right to bear arms.”

To rephrase what Suozzi said to his constituents in the townhall meeting:

“It’s really a matter of putting public pressure on the president. This is where the Second Amendment — the right to bear arms — comes in.”

The audience laughed — some nervously.

“This video is incredibly disturbing. It’s surreal to watch a sitting member of Congress suggest that his constituents should take up arms against the president of the United States.”

Speaking with forked tongue, Suozzi (via his political adviser Kim Devlin) denies he was “advocating for an armed insurrection.” At the same time, he doubles down on his call to his constituents to exercise their Second Amendment right against President Trump by forwarding a line penned by Thomas Jefferson, calling for armed resistance:

“What country can preserve its liberties if their rulers are not warned from time to time that their people preserve the spirit of resistance. Let them take arms.”

Ever the hypocrite, Suozzi’s reference to the Second Amendment conflicts with his recent push for gun control following the Parkland, Florida, school shooting. He even participated in the March 14 student walkout for gun control outside the U.S. Capitol. In a February 21 tweet, Suozzi calls on the young people of his district to support more restrictive gun laws:

“I think we should engage the high school students of #NY03, and all of Long Island, to promote gun violence prevention legislation.”

Thomas Suozzi, 55, is a first-term congressman elected in 2016, and is seeking re-election this fall. He formerly served as Nassau County executive and before that, mayor of Glen Cove, NY. His father, Joseph Suozzi, had been mayor of Glen Cove.

He is expected to easily win the Democratic primary and face GOP challenger Dan Debono, a former US Navy SEAL, in the general election.