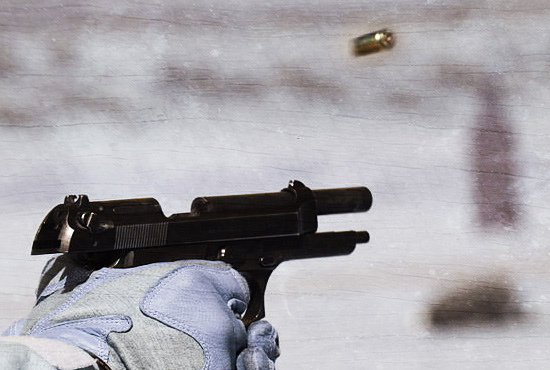 This is what we’ve come to in the United States. Children are getting suspended from school for going to a gun range as a family over the weekend to practice their fundamental human right of self-defense.

According to Fox News, a New Jersey high school came under fire Friday after it allegedly suspended two students over a gun photo taken during a family visit to a shooting range. News of the unnamed students’ suspension circulated through a Lacey Township Facebook group, according to NJ.com.

The kids were both in high school, but their suspension caused an uproar with a potential lawsuit against the school coming. The photo of four rifles, magazines, and a gun duffel bag was shared by one of the students on the social media app Snapchat with the caption “fun day at the range,” according to Lacey Township resident Amanda Buron, a family friend of one of the students.

The school claims that the students violated the school’s policy on weapons possession. Apparently, the school thinks they have the authority to extend any policy to weekends and the homes of the children as well now. This is like suspending a girl for wearing a spaghetti strap tank top to a bar-b-que on a day off school because she violated the dress code. Yes, it’s that insane, but that’s what their policy literally says.

The reality of the whole situation is that the school enacted an overreaching policy, which actually stated that “students could be suspended for up to a year if they are ‘reported to be in possession of a weapon of any type for any reason or purpose on or off school grounds,’” NJ.com reported further. Which basically means, the school is attempting to control kids even when they go home.  So don’t practice or exercise your natural human right to self-defense if you attend a public school.

Since the suspension, NJ.com reported that the “Lacey school district quietly changed” the policy, scrapping the off-school-grounds prohibition and eliminating suspension-length specificity. “‘Students are forbidden to carry any type of weapon or simulated weapon to school,’ the revamped policy states. ‘Strict disciplinary action and legal actions will result if this occurs,’” the news outlet detailed.