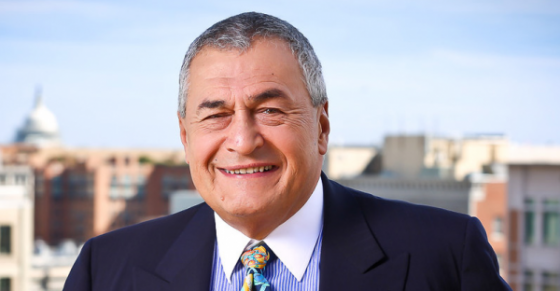 President Donald Trump just dropped the bomb on pedophiles and sex traffickers with one official statement on Whitehouse.gov.

“President Donald J. Trump is Working to End Human Trafficking – My Administration will focus on ending the absolutely horrific practice of human trafficking. And I am prepared to bring the full force and weight of our government, whatever we can do, in order to solve this horrific problem,” the statement said.

Human trafficking, also known as modern slavery, affects people from all backgrounds at home and abroad, placing millions into a sickening form of exploitation. Human trafficking is a global atrocity that deprives millions of their universal human rights.

So why is this such a big deal? Well, those involved could be a little worried that top tier human traffickers could go down. In the less than 9 minute video below, SGT Report explains that some people should be very very concerned right now, including Bill Clinton and Tony Podesta.

“The elite treat humanity as commodities,” says SGT Report.  If only half of what’s in this video is true (and we suspect that a majority if not all of it is true), there are going to be some very high powered elite democrats taking some pretty big falls in the very near future.