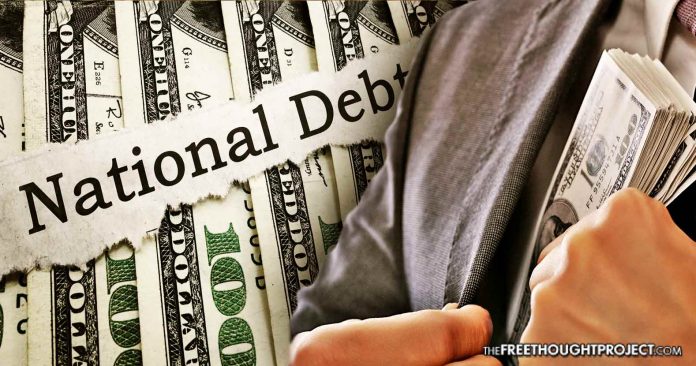 Washington, D.C. — This week, the US Congress passed the massive 1.3 trillion-dollar Omnibus spending bill. Then, early Friday morning, the Senate did the same thing. None of these politicians in Washington likely had any time to read it because the 2,200-page legislation was given to them only hours before they voted on it.

The Senate passed the proposal by a bipartisan 65-32 vote. The House approved the bill Thursday afternoon by a 256-167 vote with bipartisan backing. Exactly why this massive spending bill would receive such large bipartisan support by hundreds of politicians who never read it would be a mystery to those who don’t understand how broken Washington is.

However, to those paying attention, the reason is obvious—it gives the state more money. Both Republicans and Democrats in the House and Senate increased their own budgets in the $1.3 trillion omnibus spending package.

Well here it is, all 2,232 budget-busting pages. The House already started votes on it. The Senate is expected to soon. No one has read it. Congress is broken… pic.twitter.com/izvJlUEgUM

The Senate alone increased its total salaries of officers and employees by $12.6 million.

As the Free Beacon reports,

It wasn’t just the Senate though. Every single government agency (except for the Government Publishing Office, which remains the same), has increased their department’s budget in this bill—to the tune of hundreds of millions.

When you allow people to vote themselves raises twice a year, what else would you expect?

These people are addicted to your tax revenue and their addiction is ensuring the future debt slavery of our great-great-grandchildren, and their children.

During a Tweetstorm Thursday night, as he tried to read as much of the bill as he could before he was forced to vote on it, Sen. Rand Paul pointed out some of the most ridiculous points he found in it so far.

According to Paul, the US government has become so disgustingly gluttonous that they spend $1.7 billion a year to maintain 770,000 EMPTY buildings—all the while, purchasing more property.

As America college students dig themselves a never-ending pit of debt as they progress through higher education, the US is doling out tens of billions of dollars to pay for college in other countries as well as support their militaries.

Also contained in this bill is the legislation that has the potential to strip millions of law-abiding Americans, including veterans, of their 2nd Amendment rights.

As The Free Thought Project reported in December, the Fix NICS Act will pressure federal agencies and states to report as many names as possible to the National Instant Criminal Background Check System, “making it only a matter of time before this list becomes so large that nearly any activity could serve to remove your Second Amendment rights.”

Although versions of the bill have been proposed in both the Senate and the House, and have received support from Republicans, Democrats and even the National Rifle Association, Rep. Thomas Massie warned that Congress will try to pass the Fix NICS Act by rolling it into another bill that looks harmless.

He was right, and both the House and the Senate have now passed it, hidden away in a massive raise for all of Washington.

Ah, but fret not free world, on Friday morning, Donald Trump said he is considering a veto of the spending bill.

The money pouring into foreign governments, the rights-violating gun control legislation, the bloated raises for an already-spoiled government, and the fact that it will add hundreds of billions more to the national debt in a very short time are areas where Trump seems most concerned. Just kidding. He’s fine with all that.

The reason Trump wants to veto the bill is that it doesn’t grant him the full amount of money he needs to turn America into East Berlin by constructing a useless and expensive wall along the US/Mexican border.

I am considering a VETO of the Omnibus Spending Bill based on the fact that the 800,000 plus DACA recipients have been totally abandoned by the Democrats (not even mentioned in Bill) and the BORDER WALL, which is desperately needed for our National Defense, is not fully funded.

Apparently, freedom, fighting corruption, decreasing debt, and promoting the ideas of liberty all take a back seat to “muh wall.” Congratulations America, you are finally seeing what happens when we constantly vote in the lesser of two evils.