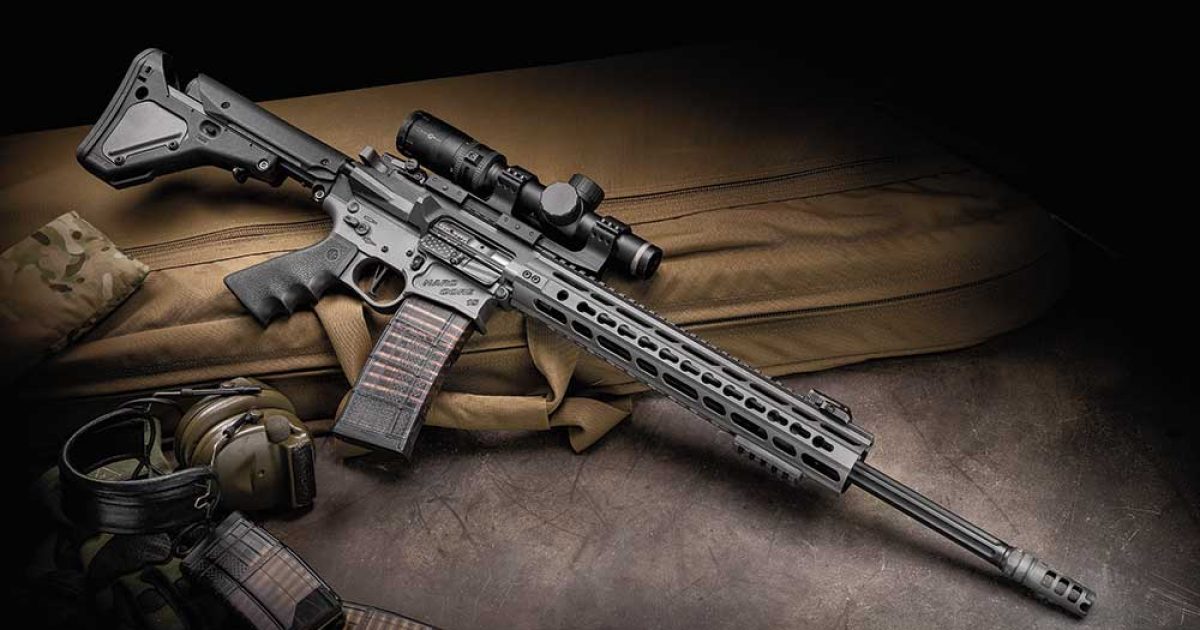 Why is this important? Why do we need to know anything about “assault” rifles?

It’s important to be able to combat liberal hysteria. Knowledge is power, and if you’re the one in the room who knows this stuff, the rest will be forced to shut up and listen, or leave, lest they reveal their ignorance. There is nothing more important in discussions like these than to arm oneself with indisputable facts.

So, what’s an assault rifle? Truth be told, there is no such thing. It’s a made-up term that has been adopted, yet essentially has no meaning, except for terms assigned to it for the express purpose of scaring people. After all – an “assault” rifle could only be used to “assault” the innocent – never for defense. See how this works?

Well, if this is the case, why is the AR-15 thusly named? What does the AR of AR-15 stand for? Most claim it, of course, stands for “Assault Rifle” or Automatic Rifle – right? Well, NO, no it does not, because, as I stated, “assault” rifle is an imagined term, and “automatic” rifle should be self-explanatory. If not, I’ll get to it.

The AR-15 stands for ArmaLite Rifle, model 15. ArmaLite is the company that originated the AR-15 all the way back in the 1950s. But ArmaLite makes a variety of other rifles like the AR-10, AR-30, 50, and the M-15. These are also black and scary, pistol grip rifles.

The AR-15 is merely a scaled down, less powerful version of its military big brother, the M4, which is a slightly shorter and lighter variation of the M16A2. The M16 was made popular during the Vietnam War. However, don’t ask any Vietnam vets about the M16, especially the early ones. They were crap, far too over-engineered for the jungle.

No,w these weapons may all look the same, but they most certainly are not.

First, without getting too far into the weeds, let me clarify one thing. Modern military rifles are not automatic rifles, despite what we see in the movies. Full auto, or fully automatic mode is where every bullet loaded into the weapon is fired by depressing and holding the trigger.

Firing on full auto mode is waste of ammunition and unless you’re only trying to hit the broad side of barn, is also a waste of time. The rifle will jump all over making it very difficult to concentrate fire where it needs to go, without it being braced with a bi-pod, or such device, which isn’t going to happen.

Safe mode effectively locks out the weapon making it impossible to fire. Semi, or fire mode means one shot fired for each trigger pull. Burst mode is three shots fired for each pull of the trigger. It is more accurate than full auto and is adequate for suppression of the enemy.

Special operators rarely use full automatic mode. As I said, it is utterly impractical and is a monumental waste of ammunition (ammo), particularly if a team is remote located (in country or down range) and has only the ammo they can carry.

Civilian AR’s have a simple on/off switch – safe and fire – that’s it. Neither burst nor auto is an option.

Regarding ammunition – the civilian AR and military M4 do not even use the same ammo. The M4, M16 and the newer HK416 utilize a military or mil-spec 5.56mm diameter x 45mm long NATO cartridge, whereas the AR fires a .223” diameter cartridge. Although they look identical, they are not, and it all comes down to pressure.

The more chamber pressure that is created when firing the cartridge, the bigger the boom, for want of a term. And in the case of firing a military-spec 5.56 x 45mm NATO cartridge in a civilian AR-15, that boom could prove disastrous.

The .223s are loaded to lower pressures and velocities compared to the 5.56mm. Most civilian AR’s cannot accommodate the pressures created by the military round. Because of this, the over-pressure of the 5.56 round could damage or destroy the civilian rifle and injure the operator. So caution must be observed in purchasing the correct ammunition.

And there you have it – the difference between a military “select fire” rifle and the civilian single fire, semi-automatic rifle. I hope this is helpful the next time you find yourself debating a mindless leftist about guns.