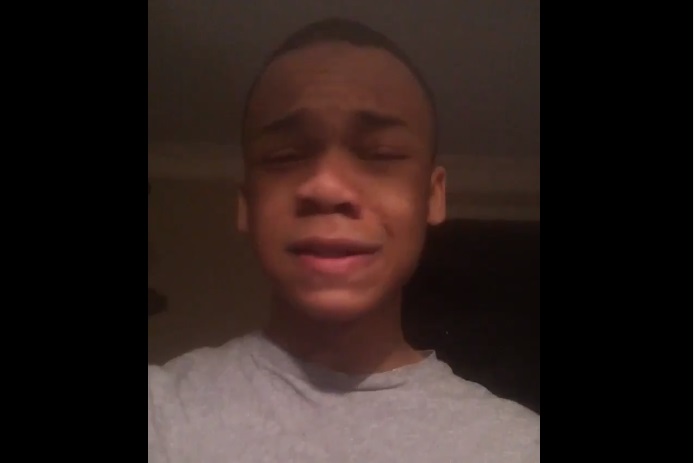 (Natural News) The lying fake news media wants you to believe that all students demand immediate gun control. But that’s false, of course. In truth, the media is censoring pro-liberty students and denying them any right to be heard.

But some young students are taking matters into their own hands and speaking out through Twitter and other means. Here’s one such student the mainstream media hopes you never get to hear.

CJ Pearson, a 15-year-old high school sophomore, is going viral for a history lesson on the Second Amendment directed at his peers who were attending the March For Our Lives.

The well-spoken Georgia teen’s video has been viewed nearly 40,000 times.

My generation is full of snowflakes who have been duped into believing that the 2nd amendment should be discarded so here’s a quick history lesson. #MarchForOurLives pic.twitter.com/IIRuCXCCHN

“Today hundreds of thousands of young people are going to take to the streets to march for gun control because they have been fed this false narrative that the Second Amendment is discardable, the constitution is obsolete and that guns are inherently bad. That argument, that narrative — is B.S.,” Pearson argued.

Pearson explained that he believes young people in his generation are too focused on deciding their political views based on emotion instead of logic and reason.

“My message to my fellow young people is to remember what we learned in history class. Remember Hitler? Joseph Stalin? Even some modern examples — Kim Jong Un and so forth and so on? The people that these regimes have oppressed I am sure would kill to have something like the Second Amendment, and I am sure that the Holocaust would have been a very different thing if those that Hitler sought to oppress had had the means to defend themselves. First they come for our guns, then they come for our liberty,” Pearson explained.

Pearson stated that in America we have had the privilege of not having dictators like Hitler and Stalin come to power due to our Second Amendment.

“If any leader ever sought to plant the seeds of tyranny in this country they would be met with resistance. Resistance made possible by the Second Amendment. History not learned from is history bound to be repeated, and so when you sit here and argue that the Second Amendment is the worst thing to happen to America and that we need to just throw it out the window — I am going to look you in the eye and say that is B.S.,” Pearson said. “Guns don’t kill people, people kill people, and that is a fact.”

The high school student urged people to remember that a good guy with a gun stopped a school shooting just this week in Maryland.

“The right to the carry and bear arms is what keeps America free and keeps our liberties intact. I will fight for it every single day and other young people should too,” Pearson concluded.

Pearson has been blogging about politics since he was just eight years old. He has been a popular and fierce supporter of President Donald Trump, despite growing up in a Democratic family. He has been named to both Red Alert’s 30 under 30 and the Daily Dot’s 20 under 20.