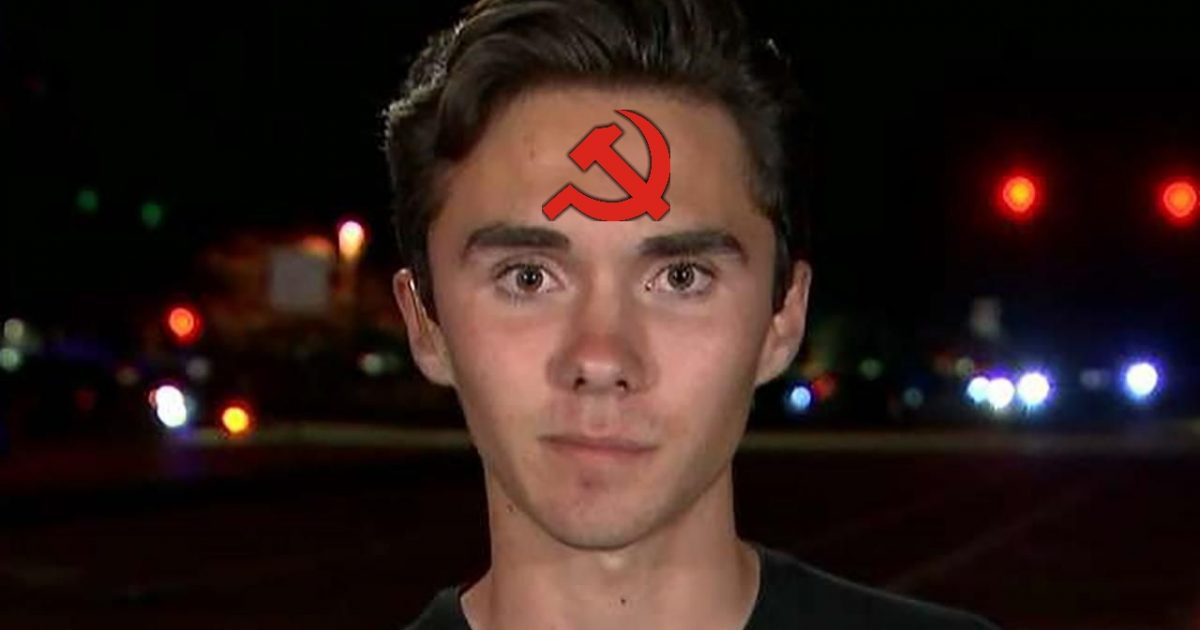 Useful idiot David Hogg, who demonstrated his anti-Americanism on Saturday during the scripted, illegal #MarchForOurLives in Washington, DC, had his video pulled in which his foul mouth was once again on display and the insults hurled at America’s elderly and the wise among us.  Thankfully, the Nazi censors at YouTube summarily pulled it and declared that Hogg was engaged in bullying.

LOL.  Imagine that!  The one claiming that the National Rifle Association

is threatening him was called out by the Communists at YouTube for bullying!  You can’t make this stuff up, but hey, David, get used to it because this is what they will do and more to useful idiots like yourself once they are done using you.  And they are using you.

Hogg laced his video with profanity, dishonoring his parents and demonstrating they didn’t raise a good kid at all.  He referred to the older, wiser people in our society as “old ass people.”

However, it gained traction after the Drudge Report linked to the video.  That’s when the YouTube Nazis, led by the head hate group in America, the Southern Poverty Law Center, pulled it down because it violated “bullying and harassment” standards.

Of course, in referring to those “old ass people,” Hogg said they “don’t know how to use a f*cking democracy.”

Well, for one, of course not.  We aren’t a democracy David, something you should have been learning in your civics class in school, but if not, don’t worry, we’ve got you covered.  Just click here to learn what your Constitution guarantees.  It’s not a democracy where little children like yourself demand mob rule.  It’s a Republic.

“When your old-ass parent is like, ‘I don’t know how to send an iMessage,’ and you’re just like, ‘Give me the f*cking phone and let me handle it.’” Hogg ranted like a 3-year-old valley girl.  “Sadly, that’s what we have to do with our government; our parents don’t know how to use a f*cking democracy, so we have to.”

Wow!  If only his parents had washed his mouth out with soap when he was little and then taught him the Ten Commandments

and spanked his backside, perhaps we would see a mature young man at this point, but no, we’re stuck with a child who acts like a child but thinks he’s a man.

But we know who David Hogg actually is.

Kit Daniels offers a theory that YouTube may have considered that Hogg was simply bullying himself.

That, or YouTube simply didn’t like Hogg bullying himself through the humiliating interview which painted him in a very bad light.

These are the only logical explanations as to why YouTube thought the video constituted “bullying and harassment;” with the exception of the video uploader plugging his channel, the banned video consisted entirely of Hogg and the interviewers talking.

“We want you to use YouTube without fear of being subjected to malicious harassment,” states the site’s policy page. “Harassment may include… making hurtful and negative comments/videos about another person.”

Hogg did that multiple times in the interview.

This is nothing new.  David Hogg, as ignorant and lying as he is, is being followed by tens of thousands of young impressionable minds.  Yet, the White House praised him and others on Saturday for their stand against the Constitution and the Second Amendment.  One shouldn’t expect more from a White House that promised to be constitutional and has been attacking the Second Amendment at every turn lately, along with passing unconstitutional spending bills.