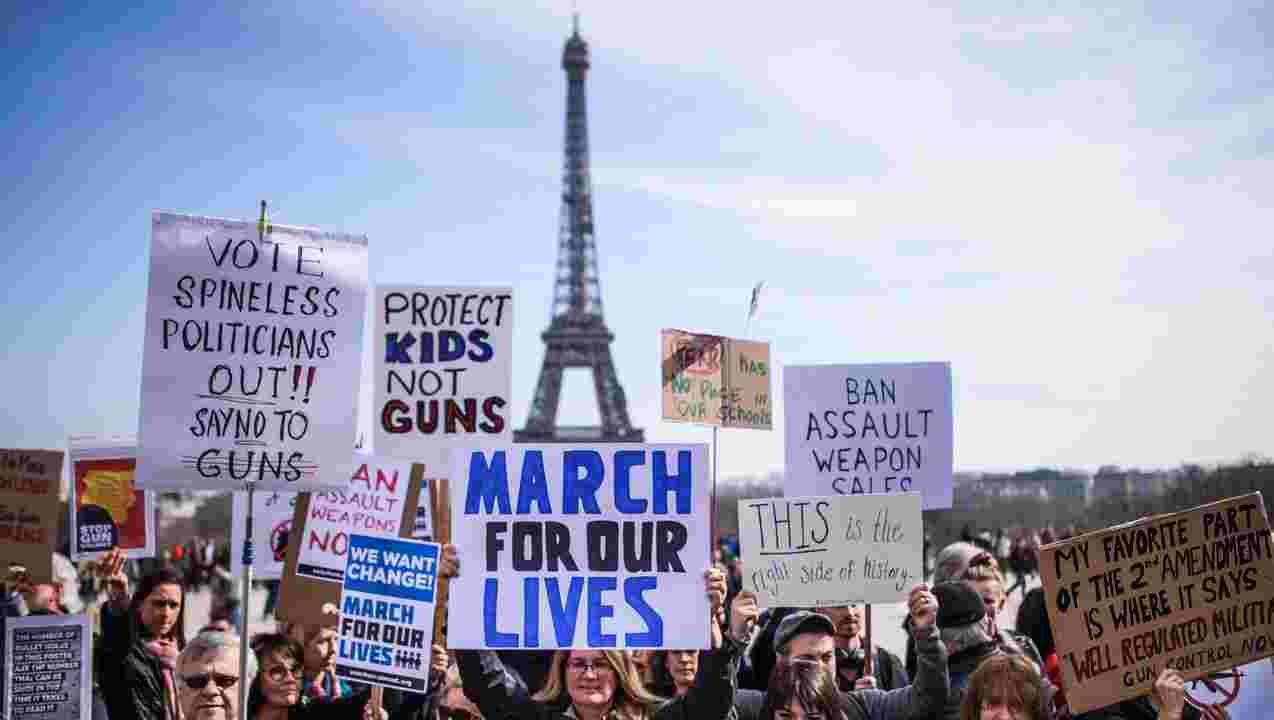 It’s a strange political fact, but nearly every major anti-gun group has been a front group. The NRA is maligned 24/7 and yet it’s completely obvious whom it represents. Despite the efforts to tie it to everyone from firearms manufacturers to the Russians (if you can’t tie any random Republican thing to the Russians these days, you won’t be working at the Washington Post or CNN for very long), it represents its five million members. Anti-gun groups tend to represent shadowy networks.

Take Everytown, the noisiest and most dishonest anti-gun group on the scene. The one consistent thing about anti-gun groups is that that they are usually the opposite of what their name says they are.

Everytown for Gun Safety was formed out of two other groups: Moms Demand Action and Mayors Against Illegal Guns. Both are actually front groups for Michael Bloomberg, the lefty billionaire and former boss of the Big Apple, who used New York City resources to host at least one of its websites.

March for Our Lives is on every cable channel, but who runs it? The photogenic teen fronts are out front. But it’s obvious to everyone that a bunch of teens don’t have the resources and skills to coordinate a nationwide movement. Instead it’s the experienced activists who are actually running things.

The March for Our Lives Fund is incorporated as a 501(c)(4). Donations to 501(c)(4) groups are not tax- deductible. And they don’t have to disclose donors. That’s why they’re a great dark money conduit.

But the March for Our Lives website suggests that donors who want to make a tax-deductible donation should write a check to the “March For Our Lives—Everytown Support Fund”. How will Bloomberg’s organization provide support for the supposed student group?

Why have two March for Our Lives Fund, one dark and one light? And why is one being routed through the godfather of the gun control lobby?

When it comes to March for Our Lives, the questions never end.

The March for Our Lives permit application was filed by Deena Katz, a co-executive director of the Women’s March Los Angeles Foundation. This wasn’t just a little bit of professional activist assistance.

The application lists Katz as the “Person in Charge of Event”.

Katz is a former Dancing With the Stars and current Bill Maher producer. She’s also the former owner of Talent Central, a Los Angeles talent agency, The leaked application lists her as the president of the March for Our Lives Fund.

Media contacts for March for Our Lives are being handled by 42 West. The agency is a full service PR firm operating out of New York and Los Angeles that represents major celebrities. 42 West was supposedly recommended by George Clooney who was one of a number of major celebrity donors.

Where did all those millions of dollars go? Good question.

“They’re being directed by people with knowledge of how to responsibly spend this money and it’s going to be very transparent. Every penny is going to be accounted for,” Jeff Kasky, the father of one of the students, claimed.

Who are those people? A leaked document reveals that the March for Our Lives Action Fund is actually overseen by six directors and is incorporated in Delaware.

So far we have Los Angeles, New York and Delaware, but not Florida.

Donations are being directed to, “March For Our Lives Fund, 16130 Ventura Blvd Ste 320, Encino, CA 91435.” That matches the listed office address on the application for the Wishnow Ross Warsavsky & Company. The tax firm appears to have no website.

There’s Aileen Adams, the head of Do Good LA, who had served as the Deputy Mayor for the Office of Strategic Partnerships for Los Angeles. Adams was also UCLA’s Vice Provost for Strategic Alliances.

Nor is she the only UCLA person on the list.

There’s also George Kieffer, chair of UCLA’s Board of Regents, who was named one of the most influential lawyers in California. He also held a variety of other political positions and headed the California State Protocol Foundation which funds expenses for Governor Jerry Brown.

One story claims that, “Several members of the Fund for a Safer Future are organizing internally to explore new ways of engagement in the wake of Parkland.” Another states that the Joyce Foundation, “funds research to help grantees understand how different audiences think about the issue. It’s up to grantees to come up with tactics.” After Parkland, Nina wrote a militant editorial using some very familiar talking points, like, “Maybe it’s time to ask the Supreme Court about the rights of the Parkland parents to see their kids grow up.” The Joyce Foundation and Nina are based out of Chicago.

Over in Washington D.C., there’s Vernetta Walker of BoardSource acting as the fund’s Secretary and Jeri Rhodes of the Friends Committee on National Legislation acting as its Treasurer.

And then out of Madison, Wisconsin, comes Melissa Scholz.

Florida is notably absent from the roll call. Instead the organization, one of a number of seeming incarnations of the March for Our Lives brand, draws on established activist talent from the usual places, Chicago, Los Angeles and Washington D.C. There’s nothing particularly local about it.

March for Our Lives is funded by Hollywood celebs, it’s led by a Hollywood producer and its finances are routed through an obscure tax firm in the Valley. Its treasurer and secretary are Washington D.C. pros. And a top funder of gun control agendas is also one of its directors.

None of this has much to do with Parkland. The mass shooting by a mentally ill man who should have been committed and arrested long before he carried out his massacre was a political opportunity.

Now that opportunity is being exploited to the hilt by a professional class of political activists.

Gun control activists wring their hands over the NRA. They claim that a special interest lobby is illegitimately thwarting the “will of the people”. Yet it’s the anti-gun groups that are invariably false fronts. It’s very clear who runs the NRA. But the latest fake anti-NRA group is a nebulous shadow. Out front are the high school students and out back are the professional activists.

And who is really behind the whole thing? Hollywood celebs, Bloomberg, a network of organizations?

We know who supports the NRA. You can see NRA stickers on car windows even in the bluest cities in the country. But who really supports the anti-gun political network? You’ll need to spend hours sorting through paperwork, following the trail, comparing addresses and researching names, to even get a hint.

That’s what an illegitimate lobby thwarting the will of the people really looks like.

Instead of March for Our Lives, maybe it’s time to March for the Truth?