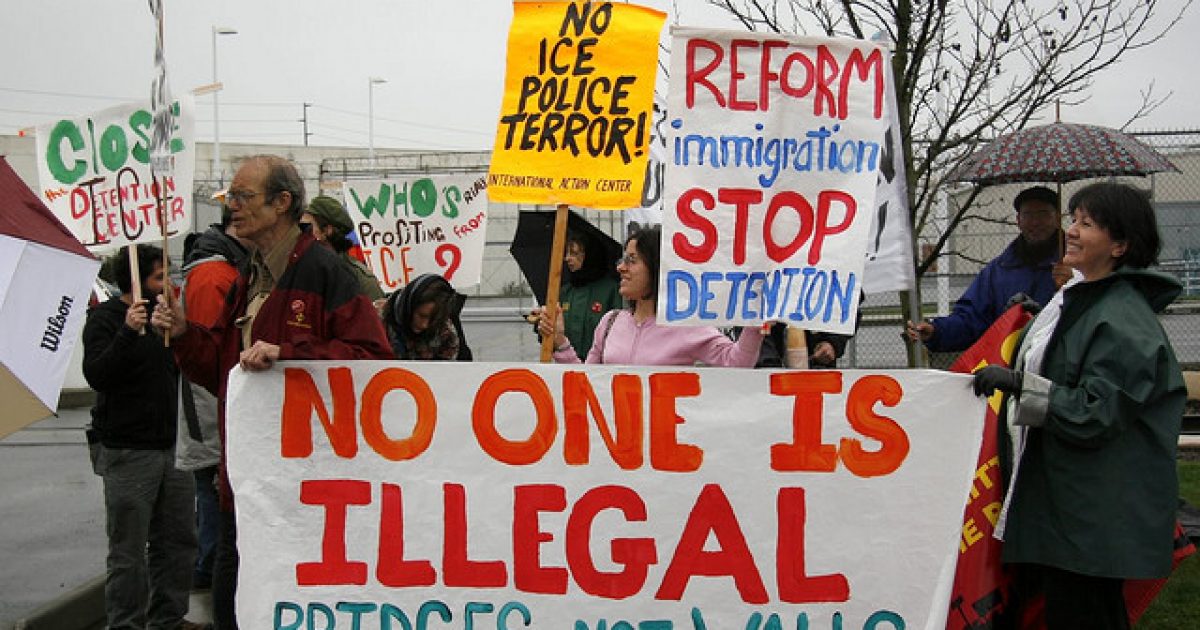 The left has been quite successful at framing the immigration debate. What used to be accepted as an accurate portrayal of those sneaking into our country, is now demonized as near hate speech. I’m speaking of the term illegal alien, which over the years has been intentionally softened into the current term, undocumented immigrant.

Framing a debate or terminology is a psychological technique that can influence the perception of a political or social movement. Leftists are masters at this.

It’s not difficult. At my day job, I may be speaking to a customer and he or she may give a phone number or credit card number, etc. As they begin to dictate the number, I repeat it back for accuracy. They may give me the number zero, yet call it, not zero, but ‘O’, as in the letter O. When I repeat it back, I’m careful to say zero instead. In almost all cases, in an unconscious desire to conform, the next time they say the number zero, they will say zero – not ‘O’. It’s fascinating, and it confirms this desire to conform.

The left knows this better than do we, which is why we on the right fall prey to it so often, by adopting their terminology.

The obvious goal of leftists is to give the perception that the “immigrant” is illegal merely due to a lack of proper documentation. If they were just able to obtain those pesky documents, they would not be suffering in the shadows. In other words, it’s not their fault. They, in fact, are the victims here.

As warped as this sounds, it’s exactly the way many leftists would define it. They may not come out and say it, but they’ll walk right up to the line and insinuate it. Where else would ignorant followers get the idea that “no immigrant is illegal?”

And this is all by design, in that we can allow a constant flood of “undocumented immigrants” into the country, and things will be better, not worse. And the more we allow in the better our lives will be, because immigrants are the life blood of America. We are all immigrants, and that diversity is what makes America great.

We can also see the language changing in the way amnesty is described. The term “path to citizenship” is relatively new, but its purpose is to replace the accurate, but negative sounding term, amnesty.

See how this works? Change the language – control the dialog and Americans will conform. Harvard psychologist Steven Pinker termed this linguistic evolution as the “euphemism treadmill.”

And it’s not going to stop there. Not until the left achieves their goal of legalization of anyone who wants it, providing they eventually vote the proper way, as in, for Democrats.

In an effort to further advance the narrative, Newsweek posted an article in December, 2017, attempting to advance the notion that the most accurate term for illegals is “misdocumented immigrant.”

They explain that “nobody is undocumented either, as they just lack the certain specific documents for legal residency and employment. Many have driver’s licenses, debit cards, library cards, and school identifications which are useful documents in specific contexts but not nearly so much for immigration. ‘Misdocumented immigrant’ would be better if the goal was accuracy, but the goal seems to be to change people’s opinions on emotional topics by changing the words they use.”

Well, I guess we’ll have to agree to disagree on that. Border crossers and those who overstay their visas are, in fact, undocumented for reason. And no matter how it is dressed up, the underlying reason is that they are in our country illegally. They didn’t merely misplace their documents. They either never had them or the documents expired.

How’s that for accuracy.