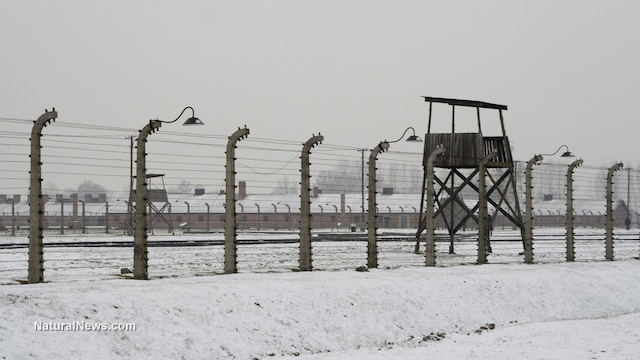 (NaturalNews) Michael Snyder published an important article entitled The 2030 Agenda: This Month The UN Launches A Blueprint For A New World Order With The Help Of The Pope.

That article references this UN “2030 Agenda” document that pushes a blueprint for so-called “sustainable development” around the world.

This document describes nothing less than a global government takeover of every nation across the planet. The “goals” of this document are nothing more than code words for a corporate-government fascist agenda that will imprison humanity in a devastating cycle of poverty while enriching the world’s most powerful globalist corporations like Monsanto and DuPont.

In the interests of helping wake up humanity, I’ve decided to translate the 17 points of this 2030 agenda so that readers everywhere can understand what this document is really calling for. To perform this translation, you have to understand how globalists disguise their monopolistic agendas in “feel good” language.

Here’s the point-by-point translation. Notice carefully that nowhere does this document state that “achieving human freedom” is one of its goals. Nor does it explain HOW these goals are to be achieved. As you’ll see here, every single point in this UN agenda is to be achieved through centralized government control and totalitarian mandates that resemble communism.

Goal 1) End poverty in all its forms everywhere

Translation: Put everyone on government welfare, food stamps, housing subsidies and handouts that make them obedient slaves to global government. Never allow people upward mobility to help themselves. Instead, teach mass victimization and obedience to a government that provides monthly “allowance” money for basic essentials like food and medicine. Label it “ending poverty.”

Translation: Invade the entire planet with GMOs and Monsanto’s patented seeds while increasing the use of deadly herbicides under the false claim of “increased output” of food crops. Engineer genetically modified plants to boost specific vitamin chemicals while having no idea of the long-term consequences of genetic pollution or cross-species genetic experiments carried out openly in a fragile ecosystem.

Translation: Mandate 100+ vaccines for all children and adults at gunpoint, threatening parents with arrest and imprisonment if they refuse to cooperate. Push heavy medication use on children and teens while rolling out “screening” programs. Call mass medication “prevention” programs and claim they improve the health of citizens.

Translation: Push a false history and a dumbed-down education under “Common Core” education standards that produce obedient workers rather than independent thinkers. Never let people learn real history, or else they might realize they don’t want to repeat it.

Goal 5) Achieve gender equality and empower all women and girls

Translation: Criminalize Christianity, marginalize heterosexuality, demonize males and promote the LGBT agenda everywhere. The real goal is never “equality” but rather the marginalization and shaming of anyone who expresses any male characteristics whatsoever. The ultimate goal is to feminize society, creating widespread acceptance of “gentle obedience” along with the self-weakening ideas of communal property and “sharing” everything. Because only male energy has the strength to rise up against oppression and fight for human rights, the suppression of male energy is key to keeping the population in a state of eternal acquiescence.

Goal 7) Ensure access to affordable, reliable, sustainable and modern energy for all

Translation: Penalize coal, gas and oil while pushing doomed-to-fail “green” energy subsidies to brain-dead startups headed by friends of the White House who all go bankrupt in five years or less. The green startups make for impressive speeches and media coverage, but because these companies are led by corrupt idiots rather than capable entrepreneurs, they always go broke. (And the media hopes you don’t remember all the fanfare surrounding their original launch.)

Translation: Regulate small business out of existence with government-mandated minimum wages that bankrupt entire sectors of the economy. Force employers to meet hiring quotas of LGBT workers while mandating wage tiers under a centrally planned work economy dictated by the government. Destroy free market economics and deny permits and licenses to those companies that don’t obey government dictates.

Translation: Put nations into extreme debt with the World Bank, spending debt money to hire corrupt American corporations to build large-scale infrastructure projects that trap developing nations in an endless spiral of debt. See the book Confessions of an Economic Hit Man by John Perkins to understand the details of how this scheme has been repeated countless times over the last several decades.

Goal 10) Reduce inequality within and among countries

Translation: Punish the rich, the entrepreneurs and the innovators, confiscating nearly all gains by those who choose to work and excel. Redistribute the confiscated wealth to the masses of non-working human parasites that feed off a productive economy while contributing nothing to it… all while screaming about “equality!”

Translation: Ban all gun ownership by private citizens, concentrating guns into the hands of obedient government enforcers who rule over an unarmed, enslaved class of impoverished workers. Criminalize living in most rural areas by instituting Hunger Games-style “protected areas” which the government will claim are owned by “the People” even though no people are allowed to live there. Force all humans into densely packed, tightly controlled cities where they are under 24/7 surveillance and subject to easy manipulation by government.

Translation: Begin levying punitive taxes on the consumption of fossil fuels and electricity, forcing people to live under conditions of worsening standards of living that increasingly resemble Third World conditions. Use social influence campaigns in TV, movies and social media to shame people who use gasoline, water or electricity, establishing a social construct of ninnies and tattlers who rat out their neighbors in exchange for food credit rewards.

Translation: Set energy consumption quotas on each human being and start punishing or even criminalizing “lifestyle decisions” that exceed energy usage limits set by governments. Institute total surveillance of individuals in order to track and calculate their energy consumption. Penalize private vehicle ownership and force the masses onto public transit, where TSA grunts and facial recognition cameras can monitor and record the movement of every person in society, like a scene ripped right out of Minority Report.

Goal 14) Conserve and sustainably use the oceans, seas and marine resources for sustainable development

Translation: Ban most ocean fishing, plunging the food supply into an extreme shortage and causing runaway food price inflation that puts even more people into economic desperation. Criminalize the operation of private fishing vessels and place all ocean fishing operations under the control of government central planning. Only allow favored corporations to conduct ocean fishing operations (and make this decision based entirely on which corporations give the most campaign contributions to corrupt lawmakers).

Translation: Roll out Agenda 21 and force humans off the land and into controlled cities. Criminalize private land ownership, including ranches and agricultural tracts. Tightly control all agriculture through a corporate-corrupted government bureaucracy whose policies are determined almost entirely by Monsanto while being rubber-stamped by the USDA. Ban woodstoves, rainwater collection and home gardening in order to criminalize self-reliance and force total dependence on government.

Goal 16) Promote peaceful and inclusive societies for sustainable development, provide access to justice for all and build effective, accountable and inclusive institutions at all levels

Translation: Grant legal immunity to illegal aliens and “protected” minority groups, which will be free to engage in any illegal activity — including openly calling for the mass murder of police officers — because they are the new protected class in society. “Inclusive institutions” means granting favorable tax structures and government grants to corporations that hire LGBT workers or whatever groups are currently in favor with the central planners in government. Use the IRS and other federal agencies to selectively punish unfavorable groups with punitive audits and regulatory harassment, all while ignoring the criminal activities of favored corporations that are friends of the political elite.

Total enslavement of the planet by 2030

As the UN document says, “We commit ourselves to working tirelessly for the full implementation of this Agenda by 2030.”

If you read the full document and can read beyond the fluffery and public relations phrases, you’ll quickly realize that this UN agenda is going to be forced upon all the citizens of the world through the invocation of government coercion. Nowhere does this document state that the rights of the individual will be protected. Nor does it even acknowledge the existence of human rights granted to individuals by the Creator. Even the so-called “Universal Declaration of Human Rights” utterly denies individuals the right to self defense, the right to medical choice and the right to parental control over their own children.

The UN is planning nothing less than a global government tyranny that enslaves all of humanity while calling the scheme “sustainable development” and “equality.”

1984 has finally arrived. And of course it’s all being rolled out under the fraudulent label of “progress.”