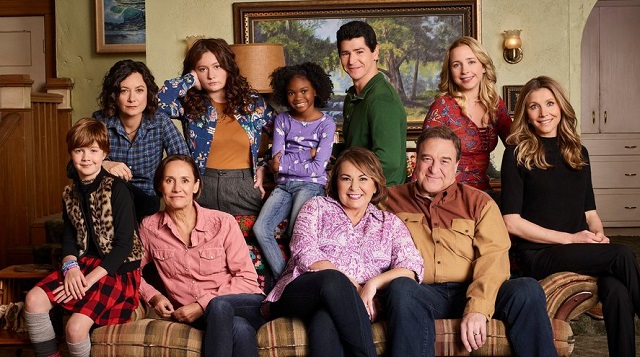 While conservatives are giddy over the return of Roseanne scoring huge in the ratings, Ben Shapiro says the show redefines Trump supporters “as blue collar leftists rather than conservatives.”

Roseanne’s character is pro-gay-marriage, pro-abortion, feminist, and pro-transgenderism — and the implication is that she is a good person because of these views. The real difference between Trump voters and Hillary voters are economic in nature, not cultural.

This was the original concept of the Roseanne character. I interviewed Marcy Carsey, the woman behind the original Roseanne, for my book Primetime Propaganda. Carsey called herself a Democrat who grew up in an Eisenhower Republican household, and said that she understood Republicans, but that the show was written about working women: “A working-class heroine to represent the difficult lives that so many millions of women were leading.” Roseanne featured one of television’s earliest same-sex weddings, the title character considering abortion, the title character asking her virgin daughter to use birth control, her daughter Darlene using pot, speed, and acid, and the title character routinely and vulgarly describing genitalia.

Television hasn’t featured a respectful depiction of a typical Republican-voting woman in decades. And Roseanne isn’t it. Roseanne could just as easily have been a Bernie supporter as a Trump supporter, because she is a class heroine, not a cultural one — and the Left believes that the only path to unity between Right and Left is to cast out the cultural right. That’s what Roseanne does implicitly.

The first two episodes make this absolutely clear… Roseanne’s grandson is a cross-dressing seven-year-old — and every character accepts this as no problem in and of itself. The only problem with a seven-year-old boy wearing girls’ clothing to school is that he might get beaten up. There is no mention of the value of gender roles, no mention of guiding children through confusion. In fact, every joke is at the expense of anyone who would think such nefarious thoughts. By the end of the episode, even John Goodman, the dunderheaded granddad, is marveling at his grandson’s bravery for wearing girls’ clothing to school. (It’s worth noting that the show didn’t have the balls to actually suggest that the kid is transgender — he explicitly disavows this — because even Leftists know that most Americans would ask whether parents should humor children who believe they are members of the opposite sex.)

The one white male child is gender confused and dresses like a girl:

Here’s a clip they shared on YouTube where his mom explains to him, “you are weird … you’ve just got to hang in there until people figure out that weird is cool.”

He’s “weird” because he dresses like a girl and his mom filled his head with total garbage.

She should have told him: “Stop dressing like a girl and stop watching Hollywood propaganda that tells you ‘being weird is cool.'” Inform him that transgenderism is at most a phase and the majority of children grow out of it when they hit puberty.