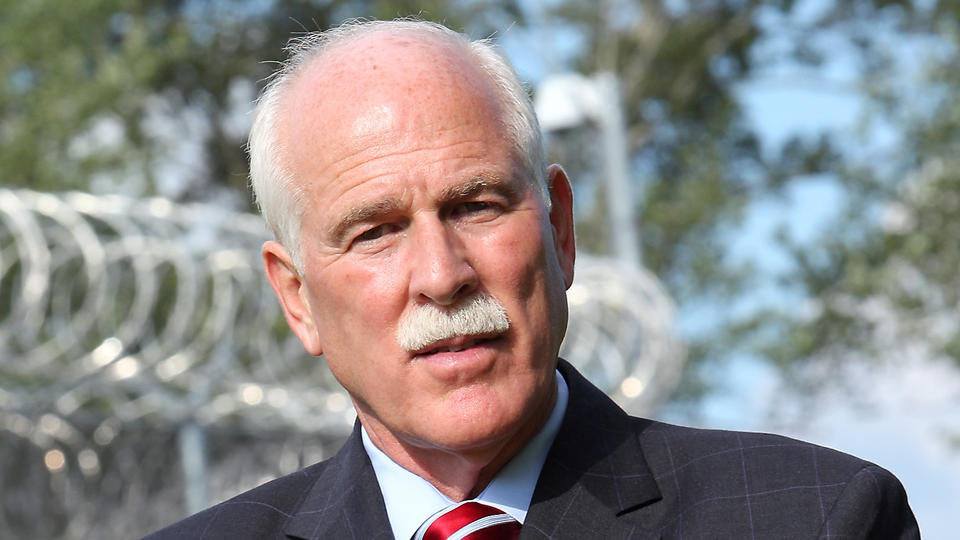 Nearly 400 outraged sheriffs across the nation are letting Congress know that enough is enough when it comes to their inaction regarding immigration and the criminalization of sanctuary cities.

Roughly 380 sheriffs from 40 states joined Sheriff Thomas M. Hodgson of Bristol County, Massachusetts to pen a letter to Congress about the matter.

Congress must act to pass legislation to secure our borders through enforcing immigration laws, tightening border security, support the replacement and upgrades to current barriers and fencing and construction of barriers along the US and Mexico international boundary as requested by those areas where it is needed, suspending and/or monitoring the issuance of visas to any place where adequate vetting cannot occur, end criminal cooperation and shelter in cities, counties, and states, and have zero tolerance and increased repercussions for criminal aliens.

I stand firm with my fellow Sheriffs throughout our nation to have our borders secured first, in full cooperation and support of our promise and mission to uphold and enforce our nation’s laws, and we expect nothing less from Congress.

As elected Sheriffs, we have taken an oath to do everything in our power to keep our citizens and legal residents, our communities, and our nation safe.  Year after year, we have been warning the Federal government about detrimental increases in transnational drug trafficking, gang violence, sex trafficking, murder, and other escalating incidents of crime by illegal aliens entering our country.

Because Congress has failed to enact the necessary reforms, our citizens and legal residents face even greater dangers, our national security is more vulnerable, and our enforcement efforts have been seriously compromised.

Sadly, today some state and local officials have been enacting policies and giving lawbreakers shelter from being rightfully prosecuted and removed from our communities.  in fact, these same laws forbid law enforcement agencies from cooperating with one another, and go as far as forcing the release of dangerous criminals into our communities exposing our citizens and legal residents to be victimized once again.

Now, to be fair here, the people who are are to deal with these criminals are to be the citizens militia, according to our Constitution and they are to be funded by Congress and called up by Congress to enforce the law, but we’ve abandoned that for some time even though it is the law.

However, there are immigration laws in place to deal with these illegals already and the simple fact of the matter is no one is following the law.

Furthermore, it isn’t just Congress.  President Donald Trump could have put our money where his mouth was and vetoed the $1.3 trillion omnibus bill which funded these sanctuary cities as well as other unconstitutional spending, including protecting the borders of foreign countries!  So, this really should apply to Trump to do what the president has been put into office for and that is to veto unconstitutional legislation.

Nearly 30 million illegal aliens are living in America and many of them are living at the expense of American citizens.

Frankly, I’m not all too happy about E-Verify for a lot of reasons, but the other items in the legislation seem to be good.

Sheriff Hodgson called on sheriffs in 2014 to descend on Washington to meet with congressmen and encourage them to secure the border and oppose Obama’s executive action regarding amnesty, and in 2017 he went after corrupt politicians in DC who supported sanctuary cities.

“Nancy Pelosi, in my view, is one of the people that makes our country less safe by suggesting that sanctuary cities are somehow beneficial to improving the quality of life or protecting the citizens of our nation,” Sheriff Hodgson said. “Because those of us who have boots on the ground know.”

“I never thought I would see in my lifetime elected officials, who are supposed to be leading and guiding our country, saying ‘I’m not going to follow the law.’  I’m going to defy the oath that I took.,” Sheriff Hodgson said.  “What’s at stake is more people dying, more anarchy in our country and it’s the beginnings of eroding our democracy.”

In any case, while I’m glad the sheriffs have spoken out, it would be even better for them to start enforcing the law together against illegal aliens and making the effort with state legislators to start dealing with them in a manner that is actually just.  When they catch them engaging in murder, rape of kidnapping or other capital crimes, they should be summarily executed upon conviction.

If there are other smaller crimes, there should either be restitution or seeking to have the feds deal with the problem of deporting them or engaging in the deportation process themselves.

If the sheriffs banded together to do this, the federal government couldn’t argue against them all.  They should take the same approach that former Maricopa County Sheriff Joe Arpaio did.  Then, let the chips fall where they may.