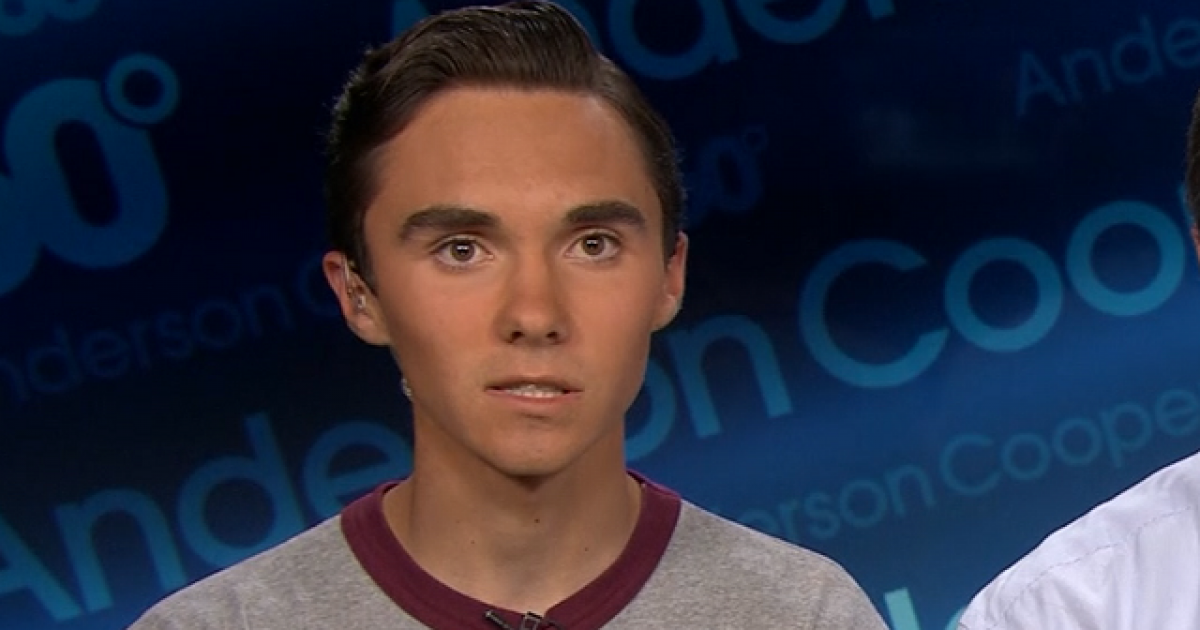 David Hogg has been whining not just about his disdain for the Constitution, specifically the Second Amendment, but also for the fact that Fox News’ host Laura Ingraham

dared to mock his failure at getting into four colleges, which she apologized for but shouldn’t have.  Hogg, still just a child, can’t take the criticism and called for a ban of Fox News because he was exposed for how obviously ill-equipped he is to get in those schools, but is obviously controlled enough to be a useful idiot for the Communists.

So, a US Marine veteran decided to, as gently as a Marine can do, rebuke him in a letter.

Joe Newby of Conservative Firing Line wrote a letter to Hogg, in which he both sympathized with the loss of friends in the Parkland high school shooting on Valentine’s Day this year and gave him a rude awakening to the reality of life itself, something that a true friend would do.

I understand how you must feel after losing 17 of your classmates.  As a 10-year veteran of the United States Marine Corps, I know what it’s like to lose comrades and friends in a senseless act of bloody violence.

We all deal with our losses in various ways.  Some of us do so quietly, while others comfort themselves with prayer, confident that the day will come when we’ll all be reunited.  You, however, chose to become a public spectacle.

Indeed, Hogg chose to be the public spectacle he has become.  And while there are tens of thousands of kids and many adults who agree with his position, it’s the fact that he is obnoxious and hypocritical in what he says about the issue of the Second Amendmentand then how he behaves about it.

Since the Parkland shooting, the country has watched as you and some of your fellow students chose to smear millions of law-abiding gun owners and NRA members, accusing them of having blood on their hands.  We watched as you accused lawmakers of being child murderers.

We watched as you engaged in profane attacks against gun owners and even your own parents.

We watched as you spread lies and misinformation about the NRA, falsely claiming the organization is out to sell guns and make money while cheering the deaths of children.

We watched as you bragged about hanging up on the Trump White House and we all watched as you falsely claimed the NRA is trying to turn the United States into a dictatorship.

He then blasted Hogg for being upset that people called him out on his attacks and lies, and even more that Laura Ingraham would expose his failure to get into college.

David Hogg Rejected By Four Colleges To Which He Applied and whines about it. (Dinged by UCLA with a 4.1 GPA…totally predictable given acceptance rates.) https://t.co/wflA4hWHXY

Now you’re upset because Laura Ingraham tweeted something about you being rejected from four colleges and are demanding her advertisers face boycott unless they drop her.

Let’s get something straight — YOU chose to become a public figure and YOU chose to use your First Amendment free speech right to express yourself and call for restrictions on a fundamental constitutional right.  And YOU chose to let the world know that you were rejected by those colleges.  No one forced you to do that — you did it all by yourself.

Now you’re mad because someone dared to respond.

Of course, this is the real world.  Hogg has demonstrated nothing but vitriol for gun owners and National Rifle Association members.  He disdains the US Constitution, freedom and the Second Amendment, except for himself, of course.  Oh, the hypocrisy.

Hogg chastises people about guns and yet, didn’t utter a peep when a rapper, who was convicted on felony gun charges (against the Second Amendment, I might add) was hired to perform during Hogg’s March for our Lives event in DC.  Hogg was also silent when students, who were engaged in his national walkout, flooded stores and trashed them.

Still, Newby said the one thing that really got to him was Hogg’s sticky posted Tweet in which he hypocritically wrote, “Can we please not debate this as Democrats and Republicans but discuss this as Americans? In the comments if you see someone you disagree with do not attack each other talk to one another, this applies to me too. WE MUST WORK TOGETHER TO SAVE OUR FUTURE.”

Can we please not debate this as Democrats and Republicans but discuss this as Americans? In the comments if you see someone you dissagree with do not attack each other talk to one another, this applies to me too. WE MUST WORK TOGETHER TO SAVE OUR FUTURE.

This certainly doesn’t line up with your own actions before and since this tweet.  In fact, your actions and statements since this tweet have exposed you as a rank hypocrite.

Here’s the bottom line — If you’re going to be a public figure you need to put on your big boy pants and grow up.  You can’t trash and lie about millions of Americans and expect no backlash whatsoever.  That’s not the real world.

So either grow up and deal with the criticism like an adult or do us all a favor and shut up.

I tip my hat to Joe.  I’ve probably been harsher on the little Commie that Joe was, but at least we both were willing to do something that President Donald Trump was unwilling to do, stand for the Constitution and rebuke this ignorant boy-child and urge him to think about the fact that he is being used, controlled and manipulated and should his ideology win the day, he and those around him will grow up in an America that is fully totalitarian with no means of beating back tyranny.