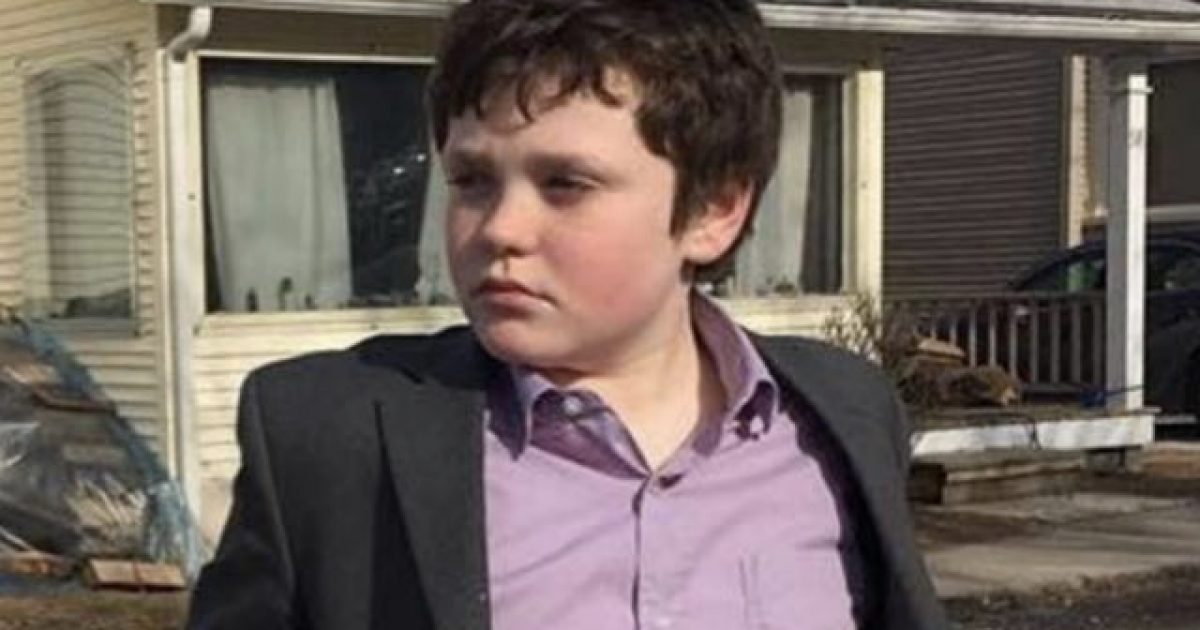 Sonneborn also took part in the walkout earlier this month that was endorsed by anti-American groups like the Women’s March, and funding was provided by the likes of George Soros, Planned Parenthood, and Michael Bloomberg’s anti-Second Amendment groups.

“My generation has been taking an important step in this because we’re the ones were getting shot,” Sonneborn said. “This affects us directly and people who say it can’t happen in Vermont, we came this close to it happening in Vermont. It will happen in Vermont if we don’t take action.”

Obviously, Sonneborn is not actually part of the “ones getting shot.”  In fact, schools are pretty safe today despite their taking unconstitutional federal money that ties them to being soft targets known as gun free zones where more than 90% of mass shootings take place.

Vermont is already looking at more gun confiscation legislation.  According to My NBC 5, “The current legislation being debated in Montpelier would raise the minimum age to buy a gun from 18 to 21, limit the capacity of gun magazines, strengthen background checks and ban bump-stocks.”

As for Sonneborn, he wants an “assault weapons” ban added to the bill, which no doubt, will include virtually every single semi-automatic gun you can think of, just like Senator Dianne Feinstein (D-CA) wanted to do just a couple of years back after Sandy Hook. (See here, here and here.

Sonneborn, like Feinstein, probably couldn’t tell you what an assault weapon actually is, nor could he define the difference between a semi-automatic rifle and a fully automatic one.

Again, why any sane person, including a Democrat, would vote for an ignorant, emotional child is beyond me, but wait and see if he gets votes.

Sonneborn is already a state page, and while that is good for learning the process of government, it hardly puts him in any real capacity to govern.

However, you can see the compromise of his opponents.  While Republican Governor Phil Scott is against an “assault weapons” ban, he seems willing to sign more unconstitutional gun confiscation laws, and Republicans in Vermont are willing to cave and compromise the people’s rights in the state to keep and bear arms.

As for Sonneborn, he has friends that have guns, but he does not have any, but says he believes they are important to the “hunting culture,” whatever that means.  We’re talking about the God-given right to keep and bear arms, ultimately for the purpose of being part of a constitutional militia to enforce the laws of the union, repel invasions and put down insurrections, as the Constitution instructs.  That has nothing to do with sports shooting or hunting.  After all, the founders who penned the Second Amendment were not concerned about the deer or clay pigeons coming after them.

Sonneborn’s Democrat opponents are James Ehlers and Christine Hallquist, who he will face in a primary, and his main themes are the economy, healthcare and education.  All of those are basically not a part of government, but you can see the influence of people like Barack Hussein Obama Soetoro Sobarkah and other Marxists who have had a hand in influencing and educating our children and still parents continue to send their kids to the public indoctrination centers instead of taking responsibility for the education of their children themselves like our forefathers did.

“Because tomorrow matters” is the thirteen-year-old’s campaign motto.  Do you think he has the backing of Senator Bernie Sanders?  I would imagine so.