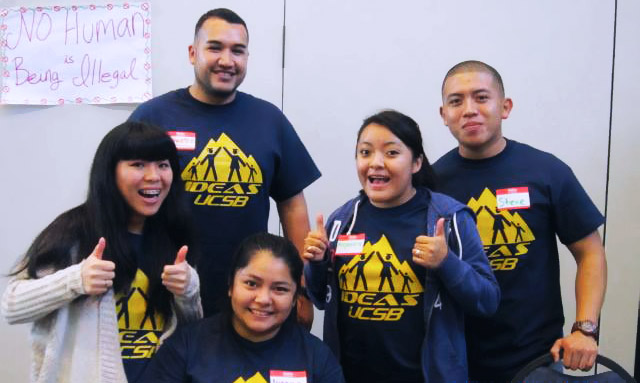 (Natural News) Roughly 200 students attending the University of California, Santa Barbara staged a walkout early last week to demand more resources for illegal immigrant students, even though there is a strong case to be made that these students shouldn’t even be in the country to begin with. Their demands included allowing illegal immigrant students to have easy access to an attorney to defend against potential ICE raids, as well as an area on campus designated as a “safe space” where they could go to convene and talk about their troubles.

“We URGE all of UCSB’s students, staff, faculty, and the #SantaBarbara community to take immediate action and join us in our walkout. Do not be idle on this day, there is power in our joint collective,” wrote the undocumented student group IDEAS (Improving Dreams, Equality, Access and Success) on their official Facebook page. “Congress has failed to vote on a single piece of legislation to protect the 800,000 DACA recipients and 11 million undocumented immigrants in the U.S.” (Related: One of California’s “sanctuary cities” helped to protect a self-admitted murderer who killed an innocent woman).

Apparently, nobody informed this student group that these DACA beneficiaries and the 11 million illegal aliens currently in the country have no right to be here, and are technically not entitled to any kind of protections that get in the way of the U.S. Immigration and Customs Enforcement agents doing their job. They broke the law when they came into this country through the back door, and as for the younger undocumented students who have been in America since birth, perhaps their parents should bear some of the responsibility for bringing them into the country knowing full well that it could result in deportation.

Thankfully, even though California may be one of the most liberal and illegal immigrant-friendly states in the entire country, not everyone is so eager to cave to these demands and provide more protections for undocumented students.

“DACA recipients are clearly overplaying their hand if they think that they are in a position of demanding anything from Congress or the American people. We owe them nothing,” argued David Ray, director of communications at the Federation for American Immigration Reform (FAIR). He added that these students “should be taking their rage out on the parents, who knowingly and willingly plunged them into this situation in the first place.”

Sadly, this is hardly the first time that students have organized to demand that the illegal immigrant students among them be protected from law enforcement. Back in 2016, the Hartford Courant reported that students at Yale University were participating in a campus-wide walkout in an effort to turn Yale into a sanctuary campus. The event was held in response to pledges that then president-elect Donald Trump and his team were making at the time to deport illegal immigrants from the country and to defund sanctuary cities.

Something similar happened in January of last year at Southern Illinois University, Carbondale. As PJMedia reported at the time, students on campus organized and established a set of demands aimed at turning the school into a sanctuary not just for illegal immigrant students, but also for their families. Here again, students apparently forgot that this country does have existing immigration laws that need to be followed, and just because an illegal immigrant is a student doesn’t automatically entitle them to be protected.

Whether its college campuses, cities or entire states, the fact that we have certain areas of the country not complying with federal immigration laws is a very serious problem that must be addressed. America is either a country of laws, or it is a country of lawlessness; it cannot be both.