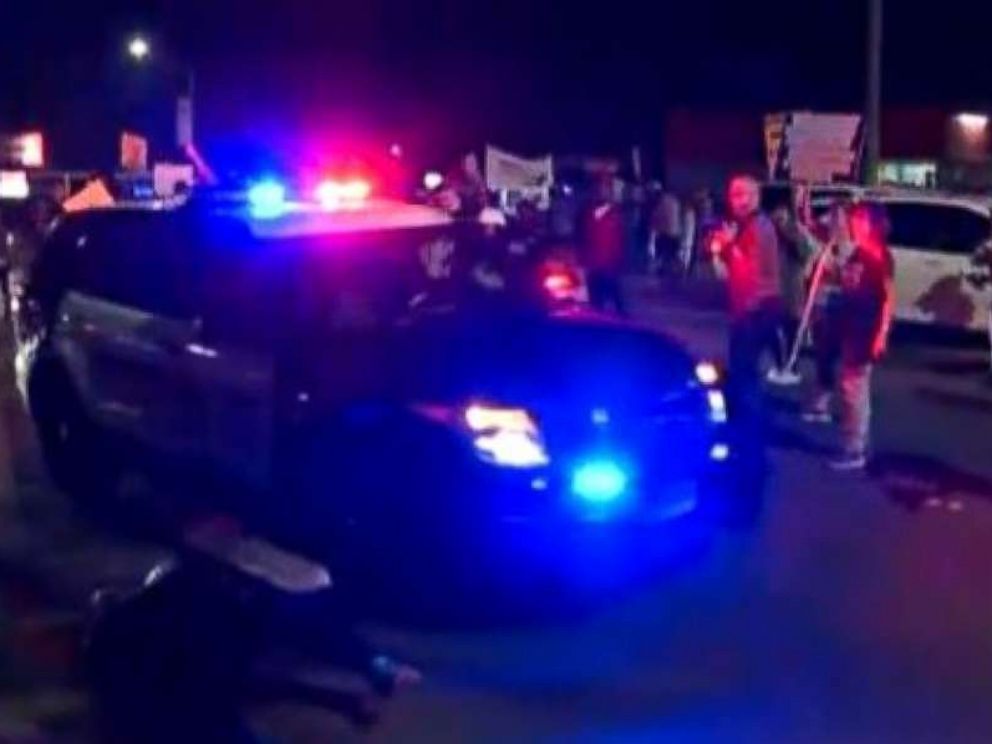 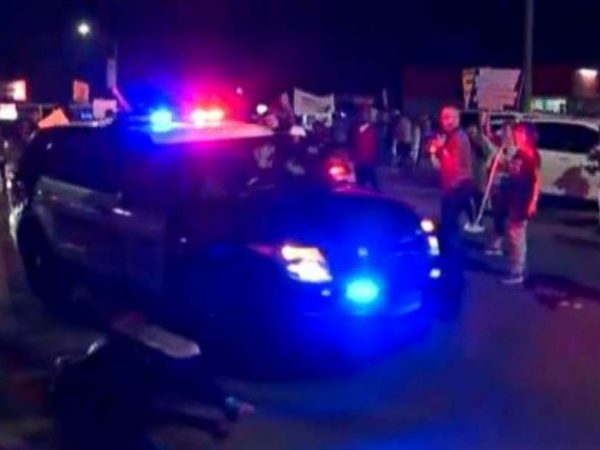 A protester seeking martyrdom walked in front of a Sacramento County Sheriff’s Department SUV despite being ordered to move repeatedly, then told local media she felt like the victim of a “a hit and run.”

The incident happened in south Sacramento County on March 31st at 8:40 PM at the corner of 65th Expressway and Florin Road.

Social justice warrior Wanda Cleveland was identified as the person who got hit.

“He never even stopped,” Cleveland claimed. “It was a hit-and-run. If I did that I’d be charged.”

Wanda Cleveland is being released from hospital with bruises on her arm and the back of her head. @BradB_at_SacBee spoke to her.

"He never even stopped. It was a hit-and-run. If I did that I’d be charged," Cleveland said. "It's disregard for human life." https://t.co/vqsuWkXwCR

Wanda Cleveland said when the first vehicle told protesters to clear the street, she started to walk toward the curb because her arthritis was making her knees weak. The second driver made no request, she said, abruptly accelerated and hit her in the knee. https://t.co/GELGMexkA5

The Sacramento County Sheriff’s Department issued a press release on Sunday saying their vehicles were attacked:

On March 31, 2018, Sacramento County Sheriff’s Department personnel along with other law enforcement agencies responded to a planned protest in the area of 65th Expressway and Florin Road, within south Sacramento County.

Sacramento Metro Fire Department personnel responded to the scene and transported the involved pedestrian to an area hospital for treatment. The pedestrian sustained minor injuries.

During the incident, the Sheriff’s Department vehicle sustained scratches, dents, and a shattered rear window. The damage to the vehicle was not a result of the collision involving the pedestrian but was caused by vandals in the crowd.

The Sacramento County Sheriff’s Department is conducting an internal review of the incident and the California Highway Patrol is investigating the collision.

Cleveland suffered only minor injuries from the slow moving bump and made it into the New York Times:

A woman protesting the police shooting of Stephon Clark was injured after being hit by a Sheriff’s Department vehicle https://t.co/Y2rInsD8ZG

As I noted last month, protesters throwing themselves in front of people’s slowly moving cars in the quest for martyrdom and social media fame is becoming an epidemic.

The time will come soon where no one will be able to drive anywhere without protesters throwing themselves in front of our slow-moving cars.

It’ll be just like those people who throw themselves at people’s cars in Russia and China to collect insurance money, but instead they’ll be seeking to cash in on “likes” and “retweets.”