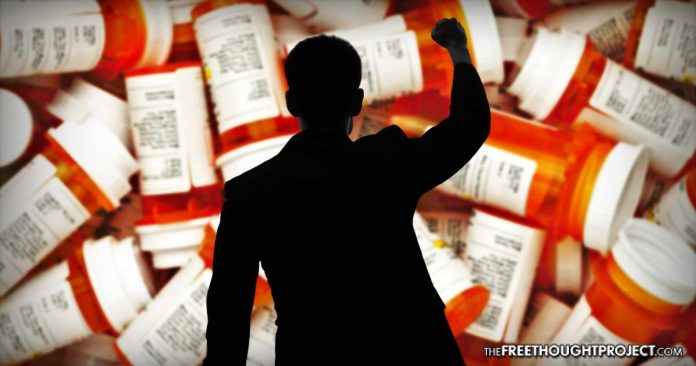 Arkansas has become the latest state to hold Big Pharma accountable for its role in the country’s ongoing opioid crisis, but unlike the other states that have filed lawsuits against major pharmaceutical companies, Arkansas is demanding compensation for solutions to end the epidemic.

The lawsuit, which named 52 opioid manufacturers and 13 distributors, physicians, pharmacists and retailers, argues that the pharmaceutical companies “falsely touted the benefits of long-term opioid use, including the supposed ability of opioids to improve function and quality of life,” despite research from the Centers for Disease Control and Prevention, which stated that “there is ‘no good evidence’ supporting these claims.”

“Each Defendant spent, and some continue to spend, millions of dollars on promotional activities and materials that falsely deny or trivialize the risks of opioids while overstating the benefits of using them to treat chronic pain. As to the risks, Defendants falsely and misleadingly, and sometimes contrary to the language of their drugs’ labels: downplayed the serious risk of addiction; promoted the concept of “pseudo-addiction” and thus advocated that the signs of addiction should be treated with more opioids.”

The lawsuit highlighted the damage the opioid epidemic has caused in the state of Arkansas, noting that when individuals become addicted to opioids, the addiction affects every aspect of their lives and often results in “job loss, loss of custody of children, physical and mental health problems, homelessness, and incarceration.”

Big Pharma’s efforts to convince doctors to prescribe opioids like candy have worked extremely well. As the lawsuit stated, opioids are now the most prescribed class of drugs, generating $11 billion in revenue for drug companies in 2014 alone.

Instead of just demanding millions of dollars in damages, Arkansas’s lawsuit is unique in that it calls for the manufacturers and distributors to pay for the creation of mental health clinics, opioid abuse centers, and other treatment programs.

“Our case is unique in that regard because it focuses on a remedy that will solve this problem,” Attorney Jerome Tapley told CNN.

The lawsuit also noted that statistics have shown that many individuals who are addicted to opioids start with prescription painkillers and then turn to heroin when their prescriptions run out, and “at least 75 percent of all people who began to abuse opioids in the 2000s, started with prescription drugs.”

However, despite the fact that the heroin being sold in states like Arkansas has been found to be laced with the synthetic opioid fentanyl—causing an alarming increase in overdose deaths—nothing has been done to make pharmaceutical companies pay for their role in the crisis

“Despite the scope of these statewide efforts, the effects of Defendants’ marketing scheme have yet to be reversed and continue to ravage the State and Arkansas families. Prescription opioid abuse has an enormous impact on the health and safety of individuals as well as communities they inhabit. Some of the repercussions facing individuals include,” the lawsuit stated.

Arkansas is the 17th state to file a lawsuit against several major opioid manufacturers and distributors, in an attempt to hold them accountable for the deadly epidemic that has killed thousands of Americans in recent years.