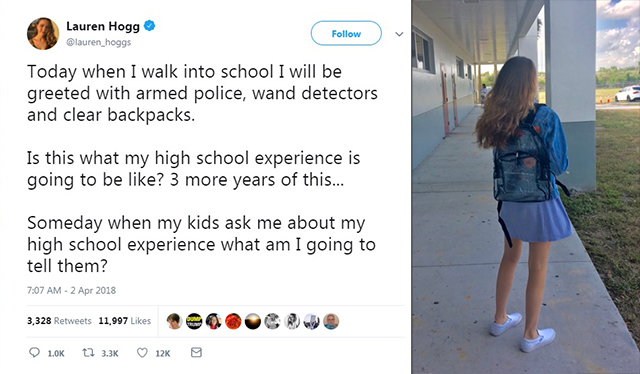 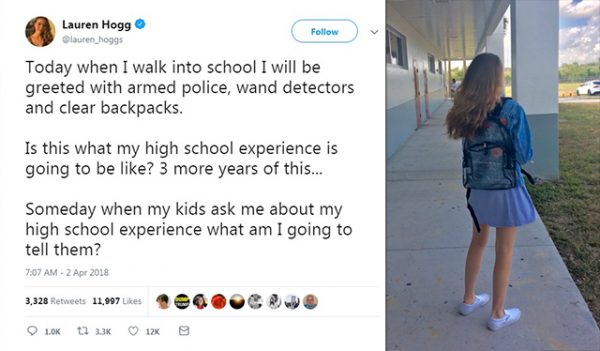 The students of Marjory Stoneman Douglas High School are quickly learning there are drawbacks to trading liberty for security.

At the March For Our Lives rally on March 24th, leftists carried signs which read, “Is ‘freedom’ more important than safety?” Student speakers demanded a world where no school shooting could ever happen again.

On Sunday, CNN ran an article which said students at Parkland say their school now “feels like jail.”

They led a national march. Now Parkland students return to a school they say "feels like jail." https://t.co/Oy8hLNJPI6 pic.twitter.com/2G4HJ6iJ2Y

Students of Marjory Stoneman Douglas High School return to class Monday, their first day back since organizing one of the largest youth-led protests in US history.

But these teenagers won’t be returning to a normal high school experience. Instead, they’ll be met with strict security measures which are intended to protect them from another mass shooting but have some students feeling as if they’ll be learning in a prison.

“Going to school is really so hard, and now it’s going to be so much worse,” said Isabelle Robinson, a senior. “A lot of the people I’ve talked to are dreading going back.”

Parkland activist Delaney Tarr said having to wear a clear backpack is a “violation of privacy”:

Starting off the last quarter of senior year right, with a good ol’ violation of privacy! pic.twitter.com/Glf9C14dsq

David Hogg’s sister Lauren Hogg also echoed the complaints on Twitter (and David Hogg retweeted her on his own account):

Today when I walk into school I will be greeted with armed police, wand detectors and clear backpacks.

Is this what my high school experience is going to be like? 3 more years of this…

Someday when my kids ask me about my high school experience what am I going to tell them?

You tell them this is what happens when you trade liberty for security.

My new backpack is almost as transparent as the NRA’s agenda.

As much as I appreciate the effort we as a country need to focus on the real issue instead of turning our schools into prisons. #clearbackpacks #MarchForOurLives pic.twitter.com/HqBIeGjzF9

If the NRA had their way, we’d still have school gun clubs and the shooter would have been shot on sight, either by someone like Deputy Blaine Gaskill who stopped a school shooting in seconds three weeks ago in Maryland, an armed teacher, or potentially even by another student.