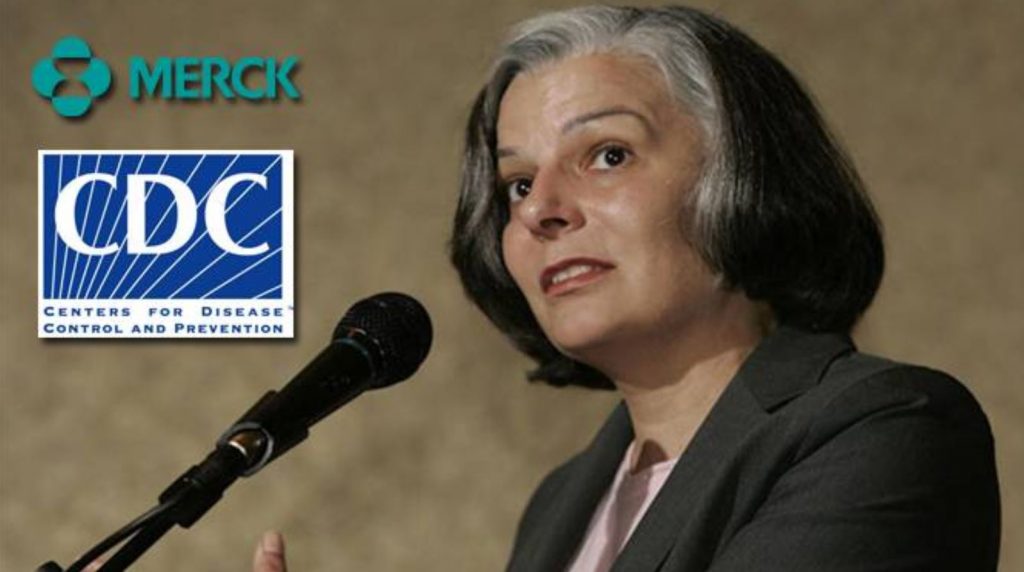 The protest, which has a proper permit to occur, will gather across the street from the NYC Hilton to show Dr. Gerberding, the CDC, the media and the public that SHE is not deserving of such an honor due to the apparent fraudulent work she condoned while at the CDC by hiding and promoting false vaccine research, which CDC epidemiologist whistleblower William Thompson, PhD, pointed out and informed her about.  Gerberding, however, neutralized Thompson, the lead researcher on that project, and turned the project over to Dr. Frank DeStefano, who apparently, and obligingly, promulgated the fraud further to Gerberding’s apparent instructions and an observably planned agenda.  It was Coleen Boyle, PhD, who reported directly to Dr. Gerberding, who apparently gave the orders to Thompson’s team to discard the MMR data implicating that vaccine’s involvement in Autism in young black boys less than three years of age!

Speakers at the May 3rd protest include Dr. Brian Hooker, PhD; Brandy Vaughn, former Merck Sales Rep; and others.  The VAXXED documentary film crew will be on hand to film the event.

Anyone attending the above event is asked to wear the colors red, black and white in order to show a visual plus unifying solidarity.

Dr. Julie Gerberding, MD, was CDC’s Director [1] until she resigned and then ‘advanced’ on to the job of Merck & Company’s Vaccine Division PRESIDENT, proving the “revolving door culture” that exists between Big Pharma and federal health agencies, especially FDA and the CDC.

CDC epidemiologist and whistleblower William Thompson, PhD, tells how he went to Dr. Gerberding telling her what was going on with the study finding autism implications in young black boys less than three years of age.

Dr. Thompson was the lead researcher on that project.  Therefore, he was supposed to deliver the findings at a conference.  He was pulled from the project; it was given to Dr. Frank DeStefano, who delivered the results at the conference, while the rest of the story is divulged in the documentary VAXXED: From Cover-up to Catastrophe.

Vaxxed: From Cover-Up to Catastrophe Official Trailer from Cinema Libre Studio on Vimeo.

That fraud committed by the CDC, and revealed by Dr. Thompson, happened on Julie Gerberding’s watch! Is the above a new meme representative of CDC fraudsters?

A Matter of Right and Wrong: the CDC’s Troubling Lack of Research Ethics
https://worldmercuryproject.org/news/a-matter-of-right-and-wrong-the-cdcs-troubling-lack-of-research-ethics/