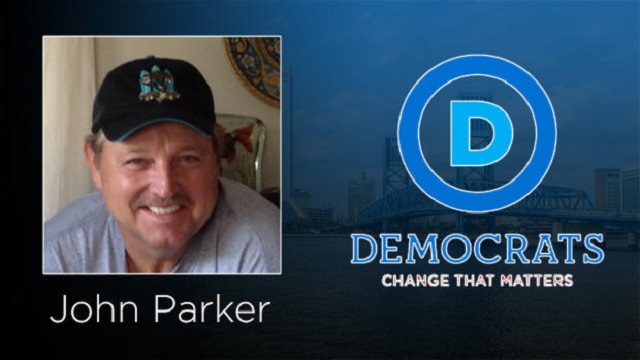 A Florida Democratic National Committee member resigned from his job and issued a lengthy apology begging for forgiveness after mistakenly saying “colored people” instead of “people of color.”

MIAMI — A Florida Democratic National Committee member who offended African-Americans for using the phrase “colored people” resigned his office Wednesday as the state party chairwoman and other officials called on him to quit — echoing the comments of his own wife, the Democratic Party chair in Duval County.

“I misspoke and used language that was hurtful. I apologized and pledged that I would learn from my mistake,” John Parker said in a letter to local, state and national officials that tendered his resignation as the Duval County Democratic state committeeman and as a DNC member from Florida.

“I am confident that a full investigation would have shown that I erred with my mouth, not my heart,” Parker wrote, explaining he was resigning for the good of the party.

“I understand my error perpetuates divisiveness and does not allow us an opportunity for the important types of meaningful discourse — a conversation our party must engage in sooner rather than later — that help us grow as individuals and a party protecting the dignity of all people,” he wrote.

Parker had said he meant to say “people of color” instead of “colored people” and eventually apologized for his offhanded remarks Jan. 22 after a local Democratic Party meeting in Jacksonville, Fla. I, for one, think he should be sent to the gulags and charged with a hate crime.

Also, did you notice how he failed to apologize for slavery?

He should know by now the only people you can offend are white people.