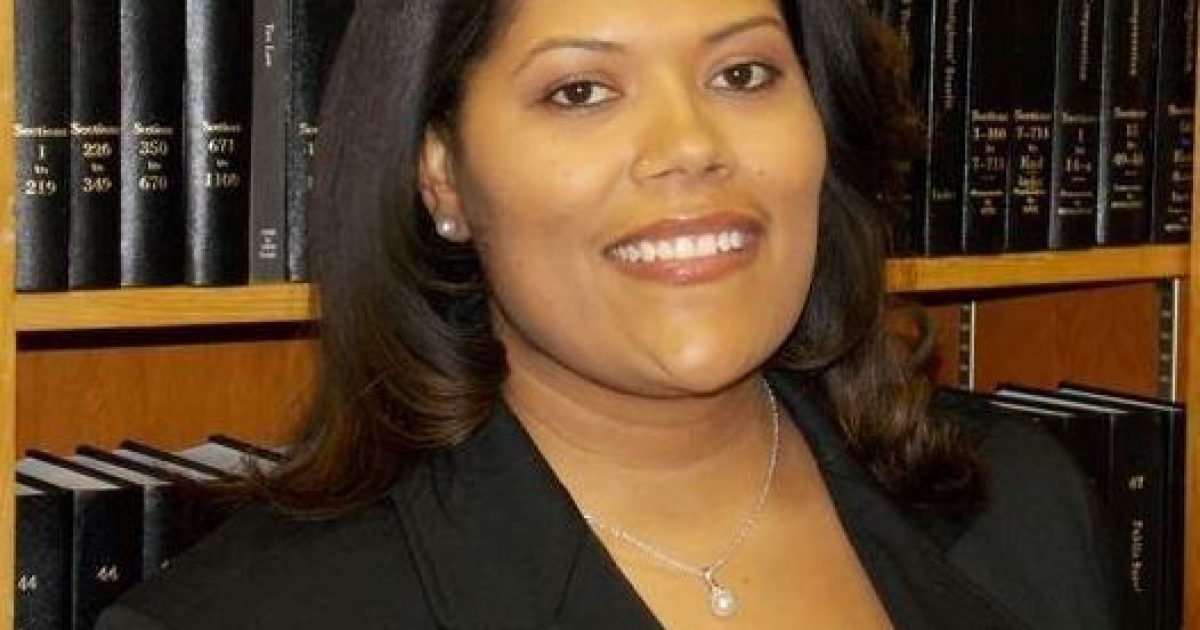 Seriously, why have the people not impeached this woman?  You guys in Rochester, New York know you can do that, right?  Apparently, no one cares in Rochester as Rochester City Court Judge Leticia Astacio, nicknamed the “drunk judge,” got an $11,000 pay raise after she only showed up for work 1 day out of 214.

Not only did she get a raise, but then she started rubbing it in the people’s faces who not only provided her the raise via their taxes, but took on those who opposed her and played the race card.

Take a listen to this ungrateful criminal in her video rant.  She’s not even clear why she made headlines!  Talk about out to lunch and living in your own bubble!

She then added this video.

“Do you know how many judges got a raise?” she said. “It’s not like I went and petitioned for a raise. No … all the judges got raises.”

“There’s just no rules that really apply when it comes to me,” she added.

“It is biased reporting to talk about me getting a raise when everyone got a raise,” Astacio complained. “This isn’t news.”

The rules should apply and if they were applied and the people demanded it, she would be out on her lazy butt rather than ranting as though she deserves anything.

Nearly $200,000 for this woman and she seriously can’t be considered to be an employee missing all those days.

You’ll notice I referred to her as a criminal above.  That’s because she has been nicknamed the “drunk judge.”

Astacio got the nickname because she was convicted of DWI in August 2016.  Later, she was found guilty of violating her probation on at least two different occasions.

She was then thrown in jail in June 2017, but she was continuing to receive her $175,500 from taxpayers, even though she was a criminal and worthy of impeachment.

An agreement issued by the Commission on Legislative, Judicial and Executive Compensation Board is responsible for the pay increase. It is the final of four installments agreed upon for all judges working in New York. This process began in 2015.

Chief Administrative Judge Craig Doran confirmed Monday that Astacio is still not showing up for work as directed.

Astacio did report for work on Tuesday, February 27 for one day – and has not been back since. Judge Doran sent a letter to Astacio on February 23, ordering her to return to work at the Hall of Justice on February 26. Prior to this, she had not reported to work since August 31.

Again, I ask, why has she not been impeached?  Why is there an agreement to pay her squat?  Because she has a darker pigment in her skin?  Come on!  There has to be more to this than there is.

She claims the raise was well deserved and blasted the media for reporting on it, playing the race card.

“Why’s my name in the headlines?” she asked. “Because your racist news stations … You’re mad because I’m a young minority getting paid.”

No, people are mad because you’re being paid and not working.

Well, point the finger at others and make accusations while you admit there were no criminal charges against another judge.  However, we know that Ms. Astacio was not only convicted of a crime, but she violated her parole… twice!  So, yeah, there is a world of difference in her situation and the one that she is pointing a finger at.  Perhaps at least firing here and stripping her of that paycheck would send her a signal that her behavior is unacceptable.  Although, I perceive this woman would probably immediately feed on the taxpayer teat from welfare, which is basically what her current paycheck is, seeing that she doesn’t show up for work.

Just this week, it was reported that she was turned down by Dick’s Sporting Goods for attempting to purchase a shotgun.  While Dick’s claims it is part of their store policy, nothing was specifically mentioned why she was not sold the shotgun.  However, she is still under probation for drunk driving.  Perhaps that has something to do with it.

If you can believe it, Astacio’s term doesn’t end until 2024. However, that is not stopping the New York State Commission on Judicial Conduct from investigating her and seeking to possibly remove her permanently from the bench.  Save the people of Rochester the trouble and impeach her based simply on her DWI.  She has no business being a judge of others when she is guilty of the very things she will be judging them on.