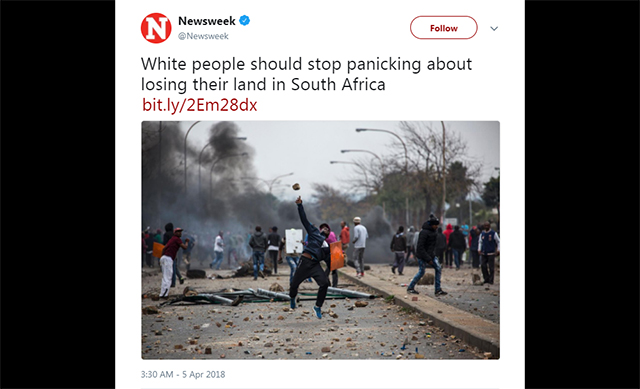 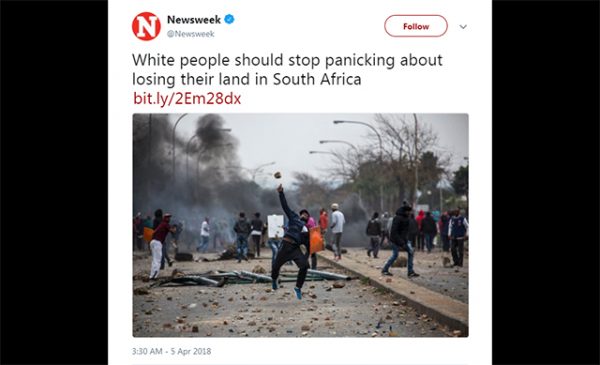 White people in South Africa need to stop complaining about their land being stolen because many black South Africans view seizing their property “as essential to restoring their dignity,” so says Newsweek’s Ben Cousins.

…the motion [to seize white farmers’ land] was supported by many other political parties and has been greeted with approval by large numbers of black people. Given the bitter history of large-scale land dispossession, refusing to pay for stolen land is seen by many black South Africans as essential to restoring their dignity.

…In the meantime, white South Africans should be offering their energies (and for farmers, some of their land) to help find solutions. This will help secure their future in the country. Whereas attempts to defend their privilege could well lead to the loss of everything they own–an important lesson from Zimbabwe in the early 2000s.

Cousin’s bio says he’s a professor of “Poverty, Land and Agrarian Studies” at the University of the Western Cape. Here’s a snapshot of the top reactions from Twitter: