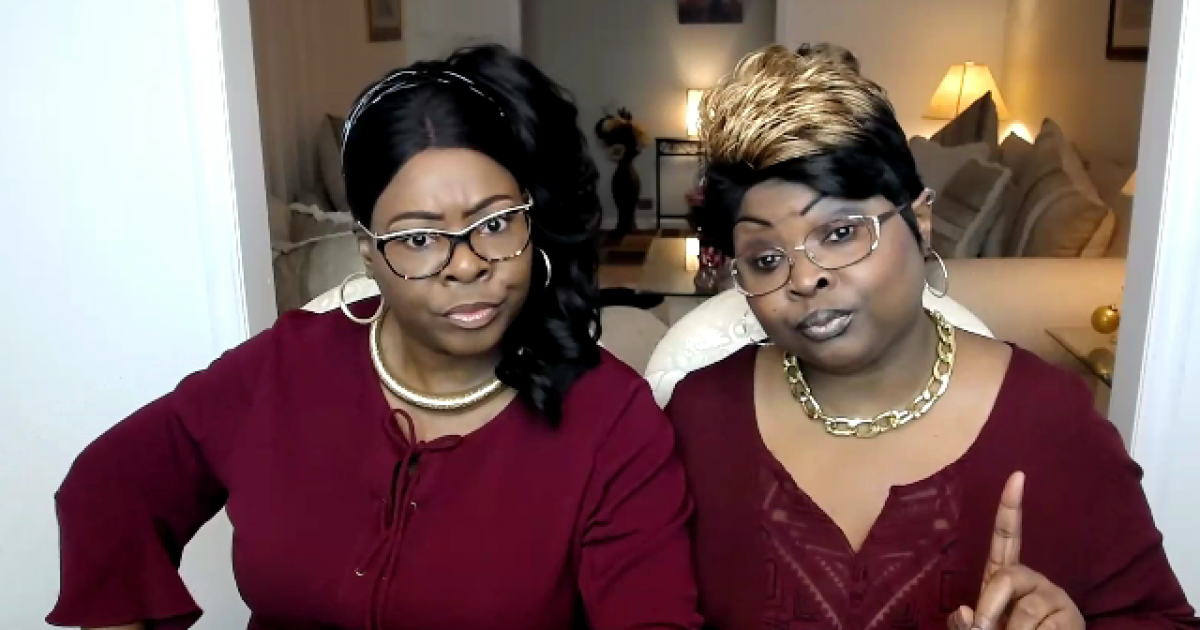 The utter hypocrisy of Facebook and Mark Zuckerberg is so obvious a child could see it.  Yep, you read the headline correct.  A popular pro-Trump duo, who have over 1.2 million likes on their page and nearly 1.25 million followers were told by Facebook that their content and their brand were “determined unsafe to the community.”

OK, I’ll let you know, the duo is none other than Diamond and Silk, two black women who made headlines during the 2016 presidential election for their support of Donald Trump.  The two ladies were applauded by millions who seemed to appreciate their candor and humor in their commentary.

For the past several months, the team have been back and forth with Facebook over their Nazi-style censorship of their content to people who actually liked their page.  They have recounted what took place in a Facebook post on Friday.

“Diamond And Silk have been corresponding since September 7, 2017, with Facebook (owned by Mark Zuckerberg), about their bias censorship and discrimination against D&S brand page.

Finally after several emails, chats, phone calls, appeals, beating around the bush, lies, and giving us the run around, Facebook gave us another bogus reason why Millions of people who have liked and/or followed our page no longer receives notification and why our page, post and video reach was reduced by a very large percentage.

Here is the reply from Facebook. Thu, Apr 5, 2018 at 3:40 PM: “The Policy team has came to the conclusion that your content and your brand has been determined unsafe to the community.” Yep, this was FB conclusion after 6 Months, 29 days, 5 hrs, 40 minutes and 43 seconds.

Oh and guess what else Facebook said: “This decision is final and it is not appeal-able in any way.” (Note: This is the exact wording that FB emailed to us.)”

Well, at least Facebook was honest, but we have to ask, just how “unsafe” is a page where two women express their opinions, in which they don’t call for harming anyone?

Let’s look to the dictionary and see just what “unsafe” means.

According to Webster’s 1828 Dictionary

, the word “unsafe” is defined as:

1. Not safe; not free from danger; exposed to harm or destruction.

2. Hazardous; as an unsafe adventure.

Now, look, I don’t necessarily agree with a lot of things these girls say, especially when they support unconstitutional actions by President Trump or don’t call him out on it, but the only harmful thing being promoted is silence on their part when it comes to that. That’s why there are voices like our outlet that don’t mind calling out lawlessness no matter the party in power.

Still, they are doing nothing “unsafe” to the Facebook community and they are not in violation of the Terms of Service either.

However, Diamond and Silk did put their finger on the real issue here in a series of questions they are demanding Facebook answer, but they won’t get one.  See if you can spot the issue.

While Facebook certainly is slanted to the criminally minded by engaging in the kind of censorship of people like Diamond and Silk, as well as outlets I write for, underlying certain things is money.

First, you can have a free page.  That’s all fine and dandy.

Then you can actually put out your content and work the page and get likes, which are supposed to translate into people receiving your content in their news feed because, well, they liked your page, indicating they want to see more.

Now, when it comes to money, Facebook charges you lots of money to gain likes through advertising, but what they don’t tell you is that is just numbers on your page.  They won’t necessarily get your news feed.

However, Facebook engages in a form of throttling, something that I believe is considered to be illegal if you are an ISP.  They bottleneck your content so only a small percentage of people actually see it, even those who like your page!

Then, they do what Diamond and Silk pointed out.  They want you to pay lots of money to promote that content to those who already like your page who should have been seeing it in the first place.

So, first they take your money for likes, which doesn’t really do anything, and then they want to charge you money to make sure those likes get the content?  Get it?   Got it!

Furthermore, I’ve worked with a Facebook page, in which Facebook deliberately took away tens of thousands of likes claiming that they were inactive accounts.  Well, those likes were paid for, so is Facebook then engaging in fraudulent behavior, as well?  It would appear so.

I have a Facebook account for basically one thing and that is a promotion of websites and that’s it.  Yes, I have lots of “friends” that I see occasional things on, but the reality is that Facebook is attempting to censor people like me and Diamond and Silk for our message.

“This is deliberate bias censorship and discrimination,” Diamond and Silk wrote.  “These tactics are unacceptable and we want answers!”

Ladies, you’ve been given an answer.  They aren’t going to answer further.  The only way to deal with them is in a class action lawsuit or get Congress to use anti-trust laws to bust them up.  The same should apply to Google and Twitter.

However, until the conservatives, Christians and Constitutionalists are ready to deal lawfully with companies like Facebook instead of just complaining and being frustrated, they will continue to shut us up, censor us and ultimately silence our voice in social media.

The utter hypocrisy on Facebook’s part though is that they allowed Islamic jihadis to ask for donations for the Islamic State for years without removing the account.

Mark Zuckerberg has spoken and his intention is to shut down the voice of alternative media and voices of the American people who are not in lockstep with the agenda and vision he has.

Perhaps if Diamond and Silk and the rest of us simply went along with the #DeleteFacebook crowd and empited out the “community,” perhaps Facebook would rethink what they are doing.