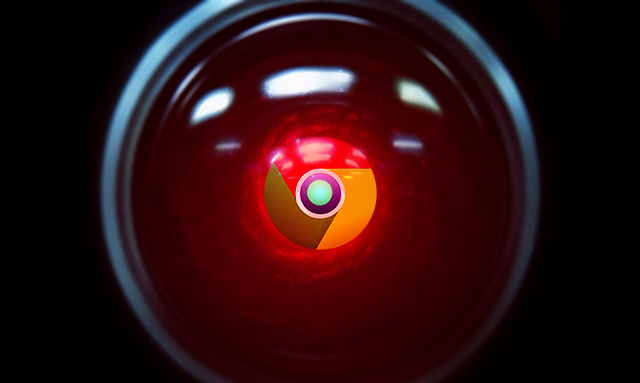 On top of tracking all the websites you visit and sending it to Google’s servers, Chrome web browser is now scanning all your private files in the interest of “safety.”

The browser you likely use to read this article scans practically all files on your Windows computer. And you probably had no idea until you read this. Don’t worry, you’re not the only one.

Last year, Google announced some upgrades to Chrome, by far the world’s most used browser—and the one security pros often recommend. The company promised to make internet surfing on Windows computers even “cleaner” and “safer ” adding what The Verge called “basic antivirus features.” What Google did was improve something called Chrome Cleanup Tool for Windows users, using software from cybersecurity and antivirus company ESET.

In practice, Chome on Windows looks through your computer in search of malware that targets the Chrome browser itself using ESET’s antivirus engine. If it finds some suspected malware, it sends metadata of the file where the malware is stored, and some system information, to Google. Then, it asks you to for permission to remove the suspected malicious file. (You can opt-out of sending information to Google by deselecting the “Report details to Google” checkbox.)

It’s totally not about getting all your data to sell to advertisers and manipulate your politics, it’s all about keeping you safe, folks! Google’s not trying to swallow all the data in the world, they’re just expanding their “services” to include scanning all your files without your knowledge, nor explicit permission!

Kelly Shortridge of SecurityScorecard caught Chrome scanning her files and posted it to Twitter where it went viral:

I was wondering why my Canarytoken (a file folder) was triggering & discovered the culprit was chrome.exe. Turns out @googlechrome quietly began performing AV scans on Windows devices last fall. Wtf m8? This isn’t a system dir, either, it’s in Documents pic.twitter.com/IQZPSVpkz7

I’m also now wondering if this is why my box is crashing so often 🤔 when I googled the errors before, advice was to uninstall third party AV & until now I didn’t think I had any…. ffs

Update: another thread by @justinschuh from Chrome’s team to read (read before DMing him!): https://t.co/Jzgg7qPeAQ

Google employee Justin Schuh said there’s nothing to worry about:

Just to be very clear, this is all local scans with a local signature engine—so no data from the scans should leave the system (i.e. it's absolutely not "cloud" AV). It's also a vastly narrower and less invasive scan than conventional AV/AM.

Don’t like your files being scanned without your permission? Tough s**t, it can’t be disabled.

A correction: There is currently no enterprise policy to disable it (because enterprise policies have been abused in the past to hijack consumer systems) but I'm having the team investigate solutions to better address enterprise concerns.

Allowing you to opt out from a service you didn’t sign up for is “problematic,” says Google’s Schuh (whose Twitter shows he’s a far-left lunatic).

The problem with consumer opt-outs is that they're the first switch that gets toggled during a hijack—so they end up being immediately self defeating. It's just a very hard set of concerns to balance.

If you like Chrome but don’t want Google spying on everything you do to use it against you, download Iridium, which is the same code as Chrome without all the spying and sending your data to Google. Firefox, Brave and Vivaldi are all also good alternatives. See, “How to Delete Your Google Data.”

This is the most dangerous company in the world and they’re doing everything in their power to crush my site and others who go against the narrative.

Last year they created a 10,000 strong “army” to go around flagging search results and the first thing they did was delist Infowars.

They backed down after it was exposed, but they just kicked it into high gear over the last few months and now right-wing websites have pretty much been purged or demoted off the front page from Google’s search results for nearly all topics.

This chart from researcher Leo Goldstein shared in September 2017 shows what percentage of traffic each of these large liberal and conservative sites get from Google search results: I guarantee it’s much worse now. This is an outright declaration of war against us. Twitter CEO Jack Dorsey yesterday even tweeted out an article saying America’s in a “civil war” with “no bipartisan way forward” which “one side must win”.

Interesting take: “Why there’s no bipartisan way forward at this juncture in our history — one side must win” https://t.co/wtIuA5phkl

It’s obvious which side he and the other tech giants are on. This is why everyone on the right needs to demand these companies be regulated. If it destroys their platforms, that’s all the better. They’re already in decline due to their mass censorship and we need to hurry this process along.