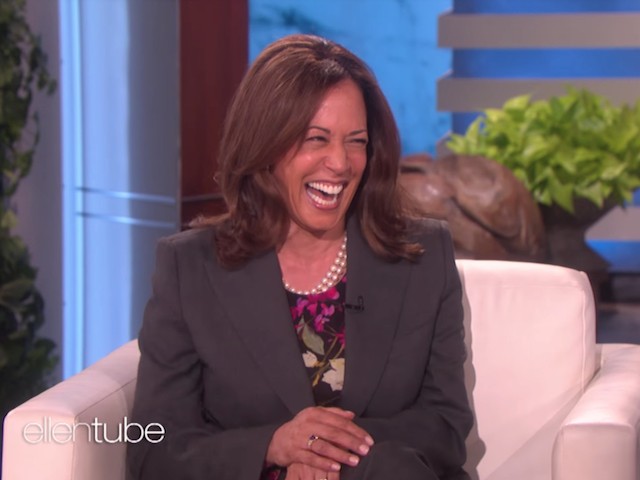 Kamala Harris, 53, is a first-term Senator from California.

She is a Democrat and a rising star. She is also black and her name is already among those floated as a candidate for the 2020 presidential election.

Ryan Foley reports for Newsbusters (via LifeNews) that during an appearance on the daytime talk show Ellen, aired last Thursday, April 5, 2018, Host Ellen DeGeneres gave Harris a lavish introduction, calling her “California’s first African-American senator” and “the first Indian-American to ever be elected to the Senate”, adding “there are many who would like to see her become the first female President of the United States.”

Responding to DeGeneres’ question, “If you had to be stuck in an elevator with either President Trump, Mike Pence, or Jeff Sessions, who would it be?,” Harris implied that she wants President Trump (and VP Pence and Attorney General Sessions) dead. Kamala Harris said:

“Does one of us have to come out alive?”

At that, Harris, DeGeneres and the audience laughed and clapped because, you know, wishing a duly-elected, sitting President of the United States dead is just so very funny.