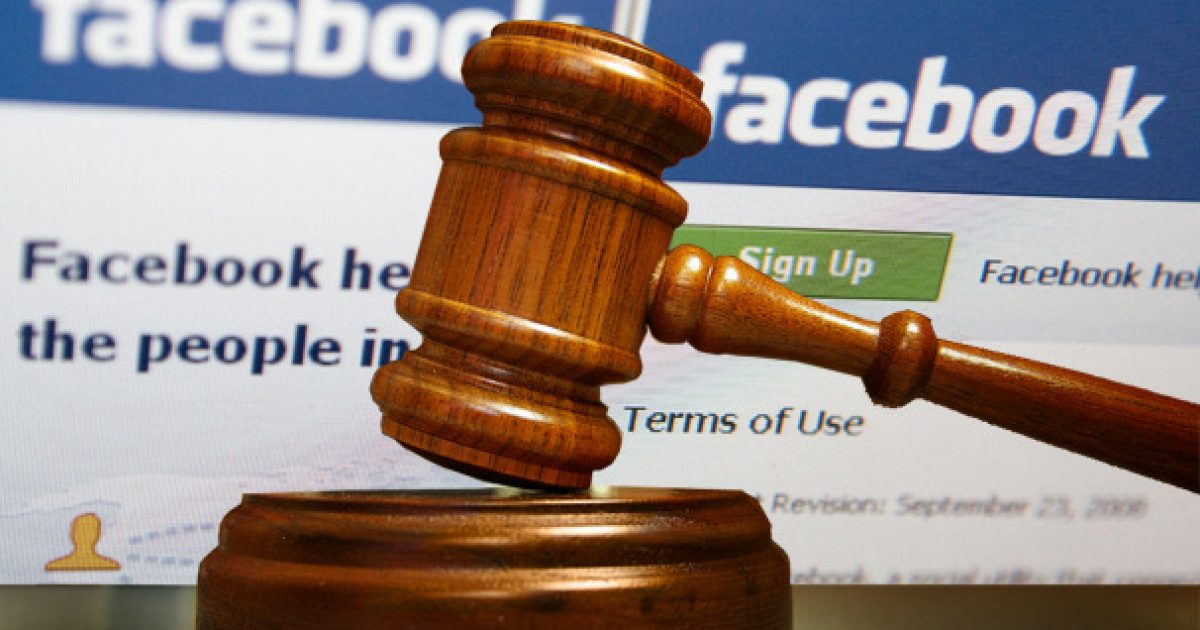 On Sunday, I reported on documents released in the Oregon trial involving journalist Pete Santilli, who was present at both the Bundy Ranch standoff and the Malheur Wildlife Refuge protest.  These documents present both violations on Facebook’s part of presenting bulk data on users to the US government that was not specific to the constraints of the warrant and the government receiving that information and continuing to store data they obtained that was not a part of that warrant in clear violation of the Fourth Amendment.  As a result, more Americans were caught up in this data dump and Fourth Amendment violations than just those who stood in protest in Oregon or Nevada, and is now resulting in a class action lawsuit against Facebook.

Due to the size and nature of the information I received from Santilli, I decided to break things up in 2-3 articles.

I’ll link to individual documents in the article, but you may obtain them in a downloadable zip file by clicking here.

Understand that all the information obtained was fun through CIA-funded Palantir to sort the data, and most likely, Palantir still has that data in its records.

In the previous report, attorney Per Olson wrote, “These provisions do not narrow the scope of the overbroad warrant.  As for Section II, despite the impression one might obtain from the heading ‘Information to be Seized by the Government,’ the search warrant does not provide for the seizure of anything less than all raw data provided by Facebook.”

“Once Facebook complied with the search warrant by disclosing the entirety of defendants’ accounts, the government thereby ‘seized’ those accounts in their entirety,” he added.  “There is no separate act of ‘seizure’ that occurs simply by virtue of defining a subset of all data and proclaiming only that subset ‘seized.’ Also, Section III provides that ‘nonresponsive’ material will be placed in ‘secure medium’ in a ‘secure location.’ But securing this material as described does not cause it to lose its character of having been ‘seized.’”

However, that was not all.  He blasts the behavior as a violation of the rights of the defendants, as well as anyone caught up in the raw bulk data dump to the government.
<blockquote>”<strong>The warrant also contains no narrowing function when it comes to “searching” the Facebook accounts. Section III requires law enforcement to segregate nonresponsive material, but of course, law enforcement personnel must search all data provided by Facebook in order to cull out the nonresponsive material. Also, the government informs us that the FBI forensic agents conducting this review are working for the prosecution team; they are not walled off like a filter team. For Fourth Amendment purposes, this process is the equivalent of a prohibited general rummaging into every Facebook file. See Coolidge v. New Hampshire, 403 U.S. 443, 467 (a warrant may not allow for a “general, exploratory rummaging in a person’s belongings.”); see also Florida v. Wells, 495 U.S. 1, 4 (1990).”

If that was not enough, Olson then wrote, “The face of the warrant itself rules out a meaningful distinction between what is “disclosed” by Facebook and what is “seized” by the government.”

In other words, the federal government unconstitutionally seized information that they did not have a warrant for and sorted through it.  Not only did they violate the rights of the defendants, as well as possibly millions of Americans, but they violated their own warrant, and Facebook was all too happy to help them do this.

Remember, this “rummaging” through Facebook files possibly includes you because you may have clicked “like” or commented on a post about Bundy Ranch or the Oregon standoff.  This is why you need to become part of the class action lawsuit.

The warrant directs that nonresponsive material will not be “reviewed again” without a court order, but it will be retained.

Well, isn’t that nice?  The federal government is going to retain, or continually seize, information it did not acquire lawfully.

Olson called this out saying, “These provisions, again, do not meaningfully narrow the scope of the warrant. It is no concession by that government to promise that it won’t ‘review again’ material deemed ‘nonresponsive,’ because, by definition, the government has no need for this material.”

“Moreover, nothing prohibits the reviewing agents to take notes of the content of ‘nonresponsive’ material,” he continues.  “If the government later develops a need for the nonresponsive material as the case proceeds, it can use the information stored in the agents’ minds or from their notes of the initial overbroad search to seek a court order to re-open it. In that case, if permitted, the ultimate use of the evidence originally labeled nonresponsive will be the fruit of the overbroad search.”

However, the question isn’t even about “needs” here.  It’s about unlawfully obtaining the information in question.  It was wrong of Facebook to provide it in the first place in clear violation of their own policies.  It was criminal of the US government to seize that information when their warrant did not specifically list the information they seized.

Furthermore, the warrant did not provide probable cause to search Facebook private messages.  That’s right, perhaps you messaged someone via Facebook about the Bundy Ranch incident or the Oregon protest.  Guess what?  Those private messages, in which you were not even a defendant in the case, may have been turned over by Facebook and seized by the FBI.

We know that this bulk data was given by Facebook to the FBI because of what was presented in the affidavit, and yet, where they were discovered and the probable cause behind the discovery was never mentioned.

“The affidavit describes postings,’ ‘links,’ and ‘shares,’ but it does not say where they were discovered,” wrote Olson.  “Therefore, the court cannot identify those parts for which there was probable cause on list of seized items in Section I in order to sever out and save them. Thus, all evidence obtained from Facebook must be suppressed.”

Indeed, but was it?  Nope.  Judge Anna Brown allowed it.

Santilli asked, “Who’s at fault here?  Is it the U.S. Government for simply requesting data from Facebook without probable cause on millions of Americans, or is it Facebook’s fault for providing raw, bulk data to the U.S. Government in violation of their own policies?  Further, is Judge Anna Brown legally incompetent by not recognizing that the U.S. Government was in possession of raw data which was ‘non-responsive’ —  and thereafter stored it with a sticky note indicating not to use it without a court order — or did she have some sort of political bias to rule unconstitutionally in favor of the U.S. Government?”

There is no doubt that there was clear bias during this trial and yet, the charges against Santilli were dismissed and the Bundys and several others were acquitted.

In fact, Olson pointed out just how sloppy and unlawful the entire seizure of Facebook bulk data was.

The rule of particularity and specificity in warrants is not a hyper-technical courtmade piece of Fourth Amendment jurisprudence. The rule against general warrants was a central concern of the Founders, and that is why they expressly made it part of the Fourth Amendment itself, to end a colonial practice that they found so pervasive and offensive. As Chief Justice Roberts wrote in Riley, “[o]pposition to such searches was in fact one of the driving forces behind the Revolution itself.” Riley, 134 S Ct at 2494.

Yes, our founders knew firsthand about the tyranny of unlawful searches and seizures because they suffered them under their British tyrants prior to the War for Independence.

Let that sink in real good, America.  Let it sink in real deep when you hear the cries from Washington, DC to illegally search, spy or seize anything without a specific warrant, which is predicated on probable cause and an affidavit that specifically mentions the persons or places to search and the specific items to be seized, just as the founders wrote in the Fourth Amendment.

We would do well to learn this and begin applying it as basically everytime we get on an airplane, the TSA agents, which are federal employees, are violating the Constitution every time someone steps in front of the x-ray machine or they get a pat down or they get their luggage rummaged through.  There is no probable cause.  There is no affidavit.  There are no specifics.  There is only tyranny and lawlessness, and it needs to end.

There’s more coming in further documents I’ll write on.  Be sure to check out FacebookClassAction.org, which is being constructed to build the class list.

Article reposted with permission from The Washington Standard