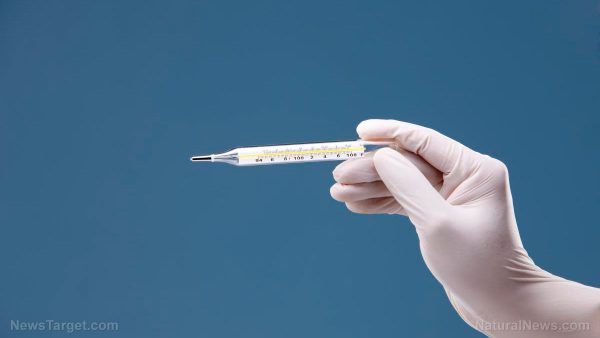 (Natural News) If you live in California, you have likely been exposed to a highly contagious parasitic infection called Valley Fever. Reported cases of the disease have increased dramatically from just 719 back in the early 1990s, to over 5,300 in 2016. And experts believe that nine out of 10 cases go unreported.

“That’s just the tip of the iceberg,” warned Antje Lauer, a professor of microbiology at California State University (CSU), who is an expert on Valley Fever. “This is a very misdiagnosed and underdiagnosed disease. The actual number of cases is likely 10 times as high.”

Professor Lauer believes that Californians are facing an escalating epidemic. (Related: Will you be ready? Stay in the loop at Outbreak.news.) One of the factors the fake news media fails to report is how illegal immigration brings disease-infected illegals into California without proper health checks. These disease-carrying illegals are even protected from deportation by California’s sanctuary state policies that violate federal law. Once they mingle with California’s citizens, disease spreads, adding to the California’s health care costs that are already collapsing California into bankruptcy.

Valley Fever is caused by a parasite called Coccidioides which lives in soil and becomes airborne when the soil is disturbed by activities like farming, wind or construction. When breathed in, these fungi can cause Valley Fever, or acute coccidioidomycosis. Symptoms include chest pain, coughing, night sweats, fever, chills, joint pain, headaches, fatigue, and sometimes a painful rash that changes from red to brown.

Some infected people never exhibit any symptoms, but those who do can be sick for months, with fatigue and joint pain lingering for even longer.

While most cases of Valley Fever are mild and resolve on their own, for some – particularly people with compromised immunity, diabetes and certain other conditions – the infection can become more serious, progressing to chronic coccidioidomycosis, a form of pneumonia.

In extreme cases, the disease can progress to its most serious form: Disseminated coccidioidomycosis, in which the infection spreads to other parts of the body besides the lungs. This can include the liver, brain, heart, skin, bones, and the meninges which protect the brain and spinal cord. Disseminated coccidioidomycosis can cause skin lesions, ulcers and nodules; extremely painful, swollen joints; painful skull, spine or bone lesions; and even meningitis – an infection of the fluid and membranes surrounding the spinal cord and brain which can lead to death.

Lauer believes that climate changes, including hotter, drier weather, which makes for dustier soil, and a population boom which has led to a marked increase in construction, are likely to blame for the dramatic increase in Valley Fever patients in recent years. She stresses the need to take this disease seriously and take proactive steps to prevent it.

On windy, dusty days, Lauer suggests runners and walkers rather get their exercise indoors, if possible, or at least wear a mask during their workout. This mainly applies between late summer and fall.

She also warns that the use of leaf blowers should be minimized at CSU, as pathogens have been discovered in the soil on the Bakersfield campus.

Construction workers are advised to take protective measures to avoid inhaling cocci spores on site, and dog owners are encouraged to discuss ways to protect their pets – particularly those who like to bury their bones – from the disease.

And most importantly, Lauer believes every resident of California needs to educate themselves about this disease and how to prevent it. (Related: YouTube bans pandemic preparedness video that teaches people how to survive a deadly outbreak.)