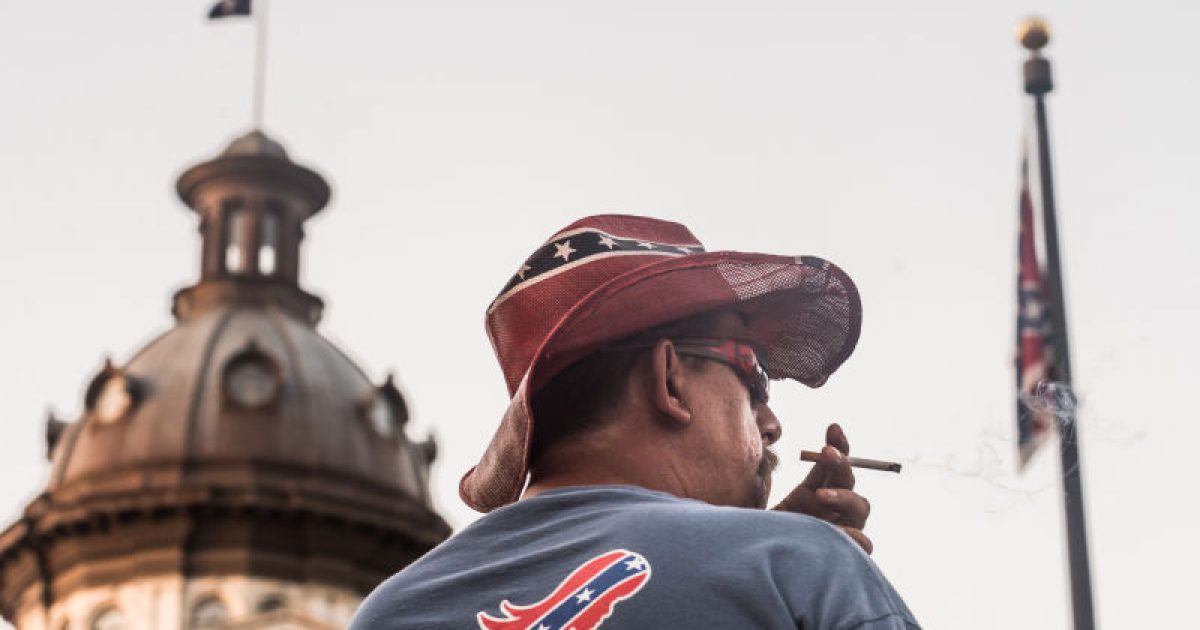 The US occupied state of South Carolina, at least that is what I call my home state, is once again presenting a front just as she did against the tyrant Abraham Lincoln before the War of Northern Aggression.  Three House representatives introduced a bill that would allow for representatives to debate the issue of secession “if the federal government confiscates legally purchased firearms in this State.”

While Pitts acknowledges that the bill has no chance of passing this year, he referred to the issue of secession as a defense of the Bill of Rights.

“Without a Bill of Rights, our nation is not what it is,” Pitts said. “I see a lot of stuff where people even talk about totally repealing the Second Amendment, which separates us from the entire rest of the world.”

Pitts, an ardent supporter of gun rights, said he had been mulling such a proposal for a while and felt it was necessary to bring the bill forward. He said he wasn’t spurred by recent comments by retired Supreme Court Justice John Paul Stevens, who recently wrote in an op-ed that a repeal of the Second Amendment “would be simple and would do more to weaken the N.R.A.’s ability to stymie legislative debate and block constructive gun control legislation than any other available option.”

South Carolina was the first state to secede from the Union before the Civil War, voting in December 1860 to make the decision based on “increasing hostility on the part of the non-slaveholding States to the Institution of Slavery.” Other states have proposed secession-related measures. In 2013, several counties moved to secede from Colorado and form their own state, an unsuccessful movement was in part driven by new gun control laws passed by the Democratic legislature.

As for Pitts, he is not seeking secession but is ready to have open debate on the issue should things continue in the manner they are going.

“I’m not promoting secession,” said the Army veteran.  “I served this country, and I don’t want to see it broken up.”

Secession has been touted by California and Oregon, and even people from all 50 states have called for it over the past couple of years.  There really isn’t anything wrong with secession.  In fact, our forefathers who established the Constitution seceded from England.

Dr. Ron Paul spoke on the issue of secession and was right on in his assessment.

Additionally, secession is a very biblical position.  In writing on that position, Arthur Hampton pointed to the War for Independence.

Christians must resist the federal government through just defensive wars at the command of the lesser governments. The first successful secession of the time, that of the colonies, originated after the British incurred national debt due to the Seven Years’ War with France and the costs to control the Native American tribes. The first Lord of the Treasury, George Grenville (1763); introduced three major reform programs to enact on the colonies: contain American settlers east of the Appalachian Mountains, in order to tax the fur trade, force observance of the Navigation Acts to bring more wealth to Great Britain, and compel the colonists to contribute directly to British military. The main objective of Grenville was to make the colonies more supportive of the British Empire.

British Parliament enacted a wide range of restrictions on colonial trade from 1660-1732; however, in 1733, Parliament passed the Sugar Act, which imposed heavy taxation on sugar, molasses, and rum. This act amounted to 100% on these goods, which gave British West Indian sugar industries a monopoly of the market, raising tension between the colonies and Britain.

The English constitution entailed certain basic rights of Englishmen, and one of those rights was no taxation without representation. In addition, the English Bill of Rights included that these fundamental rights “shall stand, Remain and be the law of this realm forever.” This principle was between the Englishman, King, and parliament; “no taxation without representation” did not change from Englishman in England to Englishman in an English colony. The Virginia colonial charter supported this principle in 1606, which pertained that all the King’s people living in the colonies “shall have and enjoy all Liberties, Franchises and Immunities . . . as if they had been abiding and born within this our Realm of England.”

Moreover, this principle again was affirmed in the British Colonial Naturalization Act in 1740 entailing that persons in the colonies “shall be deemed, adjudged, and taken to be his Majesty’s natural born subjects . . . as if they, and every of them, had been or were born within this kingdom.” In the situation where the civil government contradicts itself, to obey one law is to disobey the other law, and to obey the other law is to disobey the first law; the Christian is free to do what is right according to God. In the case of the War of Independence, the colonial Christians subjected themselves to the colonial civil government, who deemed that the British Government broke their covenant with the people by violating the English constitution through taxation without representation; succeeded just like a man who caught his wife in adultery has the right to divorce her because she is in violation of her covenant with him.

The use of force is appropriate only after all avenues of protest have closed, and when the Christian uses force, this force must be in a defensive fashion. The Law of God does not condone the Boston Tea Party. They violated the Law of God by stealing, which is an unlawful way of protest. In actuality, the War of Independence was a “counter revolution;” the colonists defended themselves against the British revolutionaries who attempted to overthrow the legitimate colonial government.

He didn’t stop there though.  He continued on to the just secession of the South prior to the War of Northern Aggression.

The secession of the South resulted in the Civil War, which was the most causality-producing war America has ever had since the founding of this nation; however, was the secession warranted? Prior to the Declaration of Independence, many colonies had impeached their royal governors, which was an act of state sovereignty. The states created the federal government as an agent to perform duties the states could not otherwise perform individually; moreover, the federal government only had the power that the states specifically delegated to the federal government. The states formed the Federal Union, and in doing so, they did not forfeit their rights as sovereign states. If a state chooses to secede from the Federal Union, then the Union would have no right to stop the state. The secession is a Constitutional right of the state. The Articles of Confederation entail “each State retains its sovereignty, freedom, and independence.” In this situation, secession is lawful for the state without violation of the Constitution.

Thus were established the two great principles asserted by the Colonies, namely: The right of a State to govern itself, and the right of a people to abolish a Government when it becomes destructive of the ends for which it was instituted. And concurrent with the establishment of these principles, was the fact that each Colony became, and was recognized by the mother Country as a Free, Sovereign, and Independent State.

After South Carolina seceded from the Union, the Federal troops had no right to be in the state and should have left; however, this was not the case at Fort Sumter. Federal troops occupied the fort unlawfully, and the Southern forces, in defense of the state of South Carolina, began firing on the fort on April 12 at 4:30 in the morning. The Civil War was a just war because the war was defensive in nature against Northern aggression; the legitimate leaders of the government were in power; and the Southern states waged the war to establish peace. The Bible does allow for this war because the war was a just war, and the Christians at the time remained in submission to the governing authority, which was defending against Northern aggression (Rom, 13:1-2).

“More often than not, after a lesser government declares secession from a greater civil government, war generally follows between the two governments,” Hampton reminds us.  “However, secession should be the last option after all other attempts at reform and protest have failed. Just like church discipline, the proper order must be followed; otherwise the Christian would be in violation of God’s law. The Christian’s duty is to try to live peacefully with others if at all possible (Heb. 12:14). But when peace is not an option, God does allow for civil disobedience, and this disobedience may just be secession from a greater tyrannical government through a lesser government. In short, there comes a point in which secession in some situations may be appropriate if Christians have exhausted all other options.”

This goes without saying that there must be attempts exhausted to right the wrongs, but when that time has ended and the patience of the governed has been used up by those they have elected, then it is indeed time to consider secession and establishing new government in place of the old one that has become corrupt.

No doubt, Pitts and the other representatives are merely seeking to lay the groundwork to consider all the option on the table in light of the continued path the federal government remains on in violating the Constitution.  I wish them well, and fully support them in their efforts.