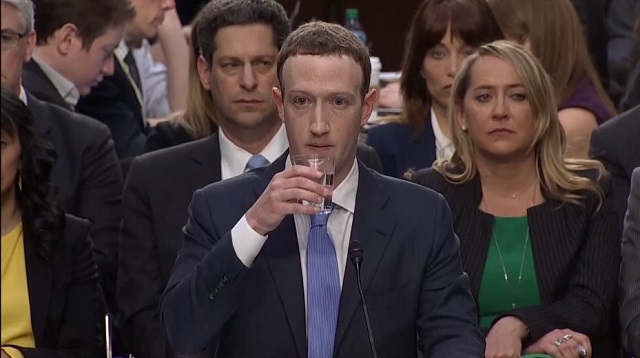 During his testimony before the Senate on Tuesday, Facebook CEO Mark Zuckerberg said he’s “optimistic” that “artificial intelligence tools” will be able to flag “hate speech” immediately within five to ten years.

“Determining if something is hate speech is very linguistically nuanced,” Zuckerberg said. “You need to understand, you know, what is a slur, and what, um, whether something is hateful,” he stammered. “Not just in English, but the majority of people on Facebook use it on languages which are different across the world.”

Zuckerberg says Facebook is working on AI that can monitor hate speech but determining what violates its rules is "very linguistically nuanced" pic.twitter.com/NqkzCNjS9c

Zuckerberg said he’s optimistic AI will be able to flag hate speech automatically in five to ten years, “but today, we’re just not there yet.”

At no point did he define what “hate speech” is.

UPDATE: Sen. Ben Sasse asked Zuckerberg to define “hate speech.” He could not (but somehow human programmed AI bots will).