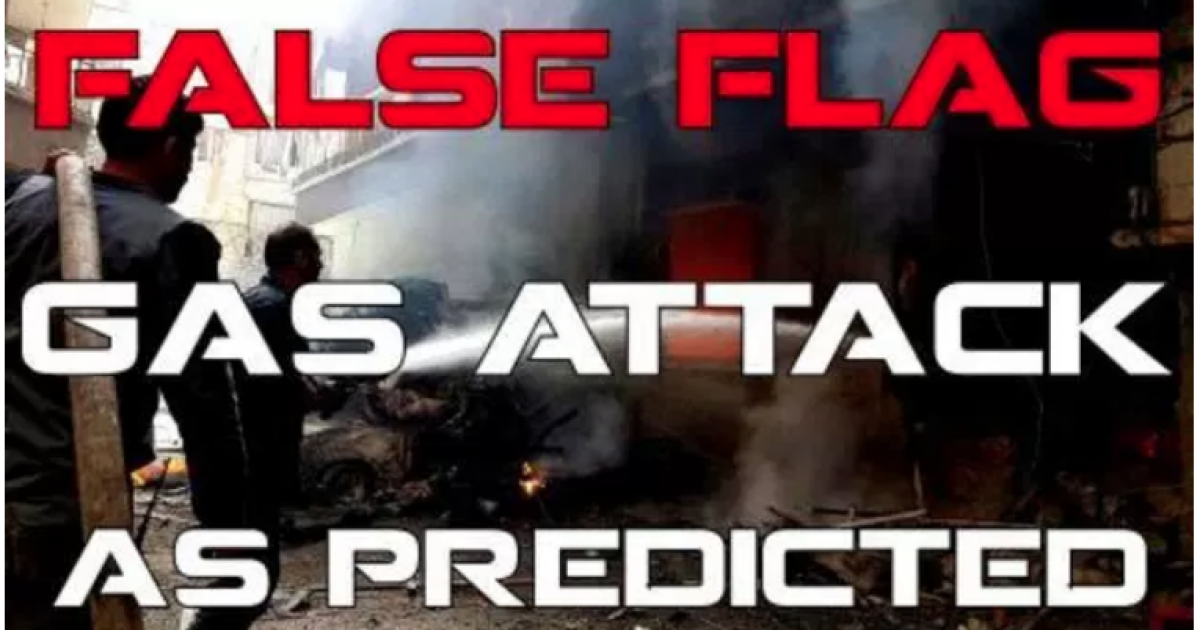 And this is what you get for letting globalists and Council on Foreign Relations members into your cabinet, Mr. President.  Don’t blame this on the Deep State.  Everyone should know better here.

Russia is obviously calling out this little charade, as they should.

Russia’s ambassador to the European Union, Vladimir Chizov, said “Russian military specialists have visited this region, walked on those streets, entered those houses, talked to local doctors and visited the only functioning hospital in Douma, including its basement where reportedly the mountains of corpses pile up. There was not a single corpse and even not a single person who came in for treatment after the attack.”

Russia, just like myself, believes that this latest attack has all the markings of the Islamic jihadis known as the White Helmets, who are trying to oust Syrian President Bashar al-Assad.

“But we’ve seen them on the video!” challenged EuroNews correspondent Andrei Beketov.

“There was no chemical attack in Douma, pure and simple,” responds Chizov. “We’ve seen another staged event. There are personnel, specifically trained – and you can guess by whom – amongst the so-called White Helmets, who were already caught in the act with staged videos.”

“All the accusations brought by the White Helmets, as well as their photos… allegedly showing the victims of the chemical attack, are nothing more than a yet another piece of fake news and an attempt to disrupt the ceasefire,” the Reconciliation Center said.

In fact, the Reconciliation Center said that specialists “found no traces of the use of chemical agents” after searching the site.

They also searched local hospitals and discovered that there were no patients there suffering from a chemical attack.

“All these facts show… that no chemical weapons were used in the town of Douma, as it was claimed by the White Helmets,” the Center said in a statement.

Now, many will say, “But this is Russia, you can’t trust them.”

Oh yeah?  So we can trust the very people that lied to us about Iraq, Libya and have lied to us over and over about Syria?  Do tell me where I can find you when I want to sell my ocean front property in Arizona.

Our Central Intelligence Agency is, no doubt, involved in all of this and remember, they were the ones arming these same jihadis during the Obama administration, as well as funding and training them.

This is another false flag attack to draw the US into an unconstitutional war with Syria, and Russia called this last year.

“We have reports from multiple sources that false flags like this one – and I cannot call it otherwise – are being prepared in other parts of Syria, including the southern suburbs of Damascus. They plan to plant some chemical there and accuse the Syrian government of an attack,” Russian President Vladimir Putin told a joint press conference with Italian President Sergio Mattarella in Moscow in April 2017.

“All incidents reminiscent of the ‘chemical attacks’ that took place in Idlib must be thoroughly investigated,” he added.

Of course, the Trump administration responded by lying to the American people, as admitted by Defense Secretary James Mattis, claiming the evidence pointed to Assad attacking his own people, and then unconstitutionally lobbing dozens of missiles onto a Syrian airfield.

Now, the administration is doing it again!

No one has listened to reason when it comes to Islam and Syria.

Swedish doctors called on the White Helmets to stop engaging in fake rescues and killing civilians, but is the US listening?  Nope, not one bit.

Additionally, Canadian journalist Eva Bartlett exposed not only the White Helmets as “not credible,” but also the majority of Western media reporting on Syria.

Trump is going right along with all of this nonsense too.

Our relationship with Russia is worse now than it has ever been, and that includes the Cold War. There is no reason for this. Russia needs us to help with their economy, something that would be very easy to do, and we need all nations to work together. Stop the arms race?

This doesn’t sound like the Donald Trump that asked for your vote, does it?  No, it does not.

However, it gets worse.

“Russia vows to shoot down any and all missiles fired at Syria,” Trump said in a tweet. “Get ready Russia because they will be coming, nice and new and ‘smart.'”

And someone should provide actual evidence that Assad gassed anyone, Mr. President.  It looks to me like Trump is right in line with the globalists and CFR members of his cabinet now.  The transformation is almost complete.

Russia has even taunted the White House by asking if Trump was going to use smart missiles to destroy evidence of the fake chemical attack.

It’s amazing to me to watch as representatives of the people blast third world dictators and their supports go along with it with absolutely no evidence to back their claims, and yet, those same supporters will not demand that justice be brought to those in our own system who have subverted the Constitution and violated the rights of the people that are to be protected under our Constitution.