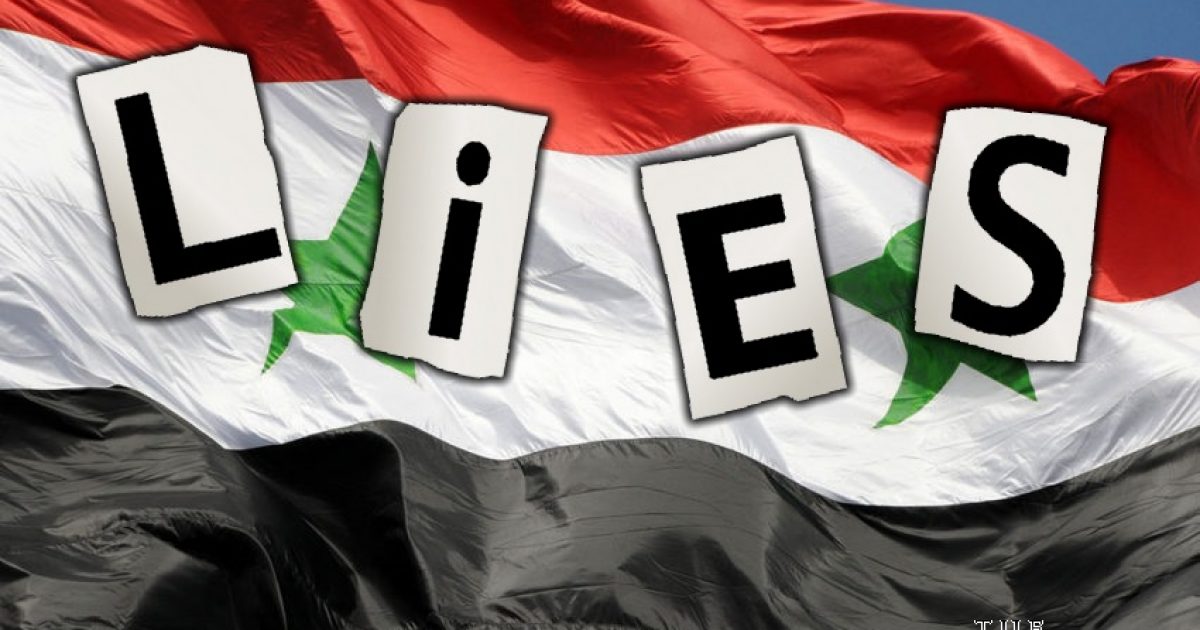 Editor’s Note:  Our friend Bobby Powell conducted this interview two months ago with Virginia Senator Richard Black.  It’s not like we haven’t been telling people for years the truth about Syria and how the only real problem there is the US funding, training and arming Islamic jihadis to overthrow the Assad regime.  And, despite a new president who told you that we didn’t need to be there, he’s already launched missiles into the country over rumors of an Assad attack with no evidence and is apparently getting ready to attack again with no evidence and no congressional authority as outlined in our Constitution.

Virginia Senator Dick Black exposes the WMD false flag in Syria, which was really carried out by the remnants of ISIS and not Syrian President Assad.

Think. Why would Assad use chemical weapons on civilians, knowing that it would draw world-wide condemnation and US intervention, when the jihadists are surrounded and on the brink of annihilation?

Remember when Sen. “Dirty Harry” Reid suggested that the CIA feed Donald Trump false intelligence? They are doing it now in order to start a war in Syria.

A war with Syria means a war with Russia and Iran, and more of our brave soldiers, sailors, airmen, and Marines coming home in body bags, more flag-draped coffins, more widows and children missing a husband and parent – because of a war based on a lie!

Senator Black also confirms that Hillary Clinton ordered the murder of Libyan Ambassador Christopher Stevens in order to cover up her own treasonous weapons deals with Syrian al-Qaeda/ISIS forces.

Fight back against the Deep State by Liking, Commenting, and Sharing! Let’s get it done!

Article and video posted with permission from Bobby Powell.