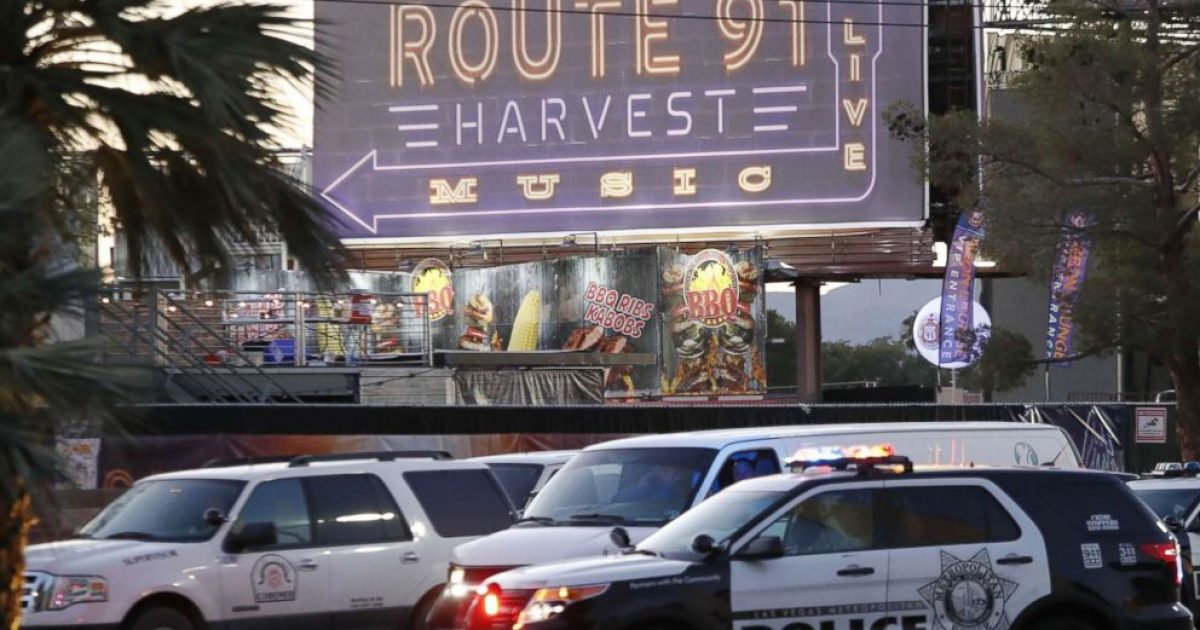 In March, short video snippets show alleged Las Vegas shooter Stephen Paddock wheeling in suitcases that were said to be full of guns into the Mandalay Bay Hotel & Casino.  However, did you know that there is nearly 750 hours of video and some 2,000 phone calls to 911 that have never been seen or heard, and many of us in the media are questioning whether any of that evidence will even be seen and heard by the public.

While video showed Paddock eating alone and wheeling in luggage, nothing looked out of the ordinary.  However, absolutely no video has been produced that captured anything in his room, outside his room or on the floor that he was residing in when he is alleged to have opened fire on a crowd of thousands on October 1, 2017.

Furthermore, hundreds of hours of 911 calls and body-camera

footage from police still remain undisclosed to the public, and the Las Vegas Metropolitan Police Department has fought tooth and nail to keep them from getting out and being scrutinized.  The police department has also fought against unsealing search warrants as well.  Why?

The department, when ordered to comply with the public records requests, also cited a heavy toll on manpower and said reproducing the records would be a burdensome endeavor. According to the department, there is almost 750 hours of body-camera footage that would require review and the redaction of some items, a process that could take as long as six months to complete.

There were also 2,000 calls related to the shooting, police said, and the department has only three analysts qualified to oversee redactions on 911 calls. The department also argued in briefs that the material is “extremely graphic and it is against LVMPD policy to assign a single person to review.”

Police department lawyers estimate there are also 1,500 documents related to the shooting. According to the brief, the department said “these documents will likely contain personal information that will require redaction. Like much of the other information requested, this will require employees to review and redact personal, identifiable information, requiring significant use of personnel.”

Police said the cost could approach $500,000 to provide copies of all the material — a figure Scotti dismissed as unreasonable.

“That is really the only excuse for withholding any information or delaying its release — an active investigation,” said Barry Smith, executive director of the Nevada Press Association. “Even then, you should make some argument beyond that why the release of the information will hurt you and that isn’t a line of thinking we get to see. In this case, there appears to be zero reason for withholding any public information.”

Other mass shootings have also seen 911 calls released, including the Pulse Nightclub shooting, Sandy Hook, and the Aurora theater shooting.  While the Aurora shooting took a little over a week to release the information, the Pulse shooting took about 5 months and a court order and Sandy Hook took almost a year.’

The Las Vegas shooting is very suspicious as no one in the investigation still has a clue as to the motive behind the shooting and their timeline has changed several times.

Furthermore, the security guard who allegedly confronted Paddock and was shot at has a questionable history as well as questions regarding his credentials.  Then there is Paddock’s own background which seems very strange indeed.

Additionally, we have the Islamic State taking credit for the attack not once, not twice, but three times in spite of the fact that local and federal investigators said this was not an Islamic terror attack.

And let’s not forget the Australian man that police failed to interrogate who knew things before they were released to the public.

So, the question remains, when will the public, in a free society, be given access to this information or is there more going on behind the scenes than they want us to know about?