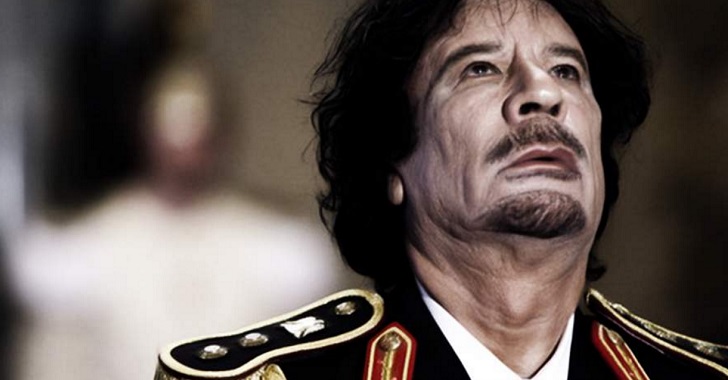 Following another alleged chemical weapons attack in Syria, U.S. government officials are continuing to ramp up their rhetoric against the Assad regime.

Though President Trump campaigned on a platform of scaling back America’s penchant for nation-building — and previously scolded President Obama for attempting to intervene in Syria — his administration continues to insinuate it is open to military action and has previously indicated its belief that Assad’s removal from power is inevitable.

Amid a chemical weapons attack one year ago that lacked sufficient evidence to be definitively ascribed to Assad, U.S. Ambassador to the United Nations Nikki Haley indicated the ultimate goal in Syria was to see Assad unseated from power, asserting there would be no political solution for the country if he remained in power.

John Bolton, Trump’s new national security adviser and a notorious war hawk and neoconservative, wrote in The New York Times in 2015 that the goal was to change the government in at least one region of Syria. He claimed the best alternative to ISIS “in northeastern Syria and western Iraq is a new, independent Sunni state,” expressing his distaste for Assad and arguing:

America should pursue the far-reaching goal of creating a new Sunni state. Though difficult in the near term, over time this is more conducive to regional order and stability.

Creating an American-led anti-Islamic State alliance instead of Moscow’s proposed coalition will require considerable diplomatic and political effort. American ground combat forces will have to be deployed to provide cohesion and leadership. But this would be necessary to defeat the Islamic State even if the objective were simply to recreate the status quo ante.

Secretary of Defense James Mattis said this week that a military attack against Assad was not off the table, days later acknowledging they still do not have concrete evidence to prove the Syrian president was behind the most recent attack.

Barely a week after expressing his desire to remove the U.S. from Syria, Trump is now threatening military action, tweeting Wednesday:

The media has long expressed its affinity for military action in Syria, spewing disapproval when Trump expressed his last week desire to eventually withdraw.

But we have been here before — multiple times. In 2002, George W. Bush notoriously insisted (again, without adequate evidence) that Saddam Hussein possessed weapons of mass destruction and was a threat to mankind. As he said in his famous speech:

America believes that all people are entitled to hope and human rights, to the nonnegotiable demands of human dignity.

When the U.S. invaded, hundreds of thousands of people died, and many were driven to violent opposition. When the U.S. disbanded Hussein’s security forces, many went on to join the ranks of ISIS. The region was not stabilized as Bush had promised it would be.

When Barack Obama moved to attack Libya in 2011, he echoed concerns similar to Bush’s, highlighting Gaddafi’s tyranny and his response to Western criticism:

In the face of the world’s condemnation, Gaddafi chose to escalate his attacks, launching a military campaign against the Libyan people. Innocent people were targeted for killing. Hospitals and ambulances were attacked. Journalists were arrested, sexually assaulted, and killed. Supplies of food and fuel were choked off. The water for hundreds of thousands of people in Misratah was shut off. Cities and towns were shelled, mosques destroyed, and apartment buildings reduced to rubble. Military jets and helicopter gunships were unleashed upon people who had no means to defend themselves against assault from the air.

Fear not, Obama warned — the West was already on its way to the rescue:

Confronted by this brutal repression and a looming humanitarian crisis, I ordered warships into the Mediterranean. European allies declared their willingness to commit resources to stop the killing. The Libyan opposition, and the Arab League, appealed to the world to save lives in Libya. At my direction, America led an effort with our allies at the United Nations Security Council to pass an historic Resolution that authorized a No Fly Zone to stop the regime’s attacks from the air, and further authorized all necessary measures to protect the Libyan people.

Later that year, Gaddafi was brutally ousted from power in a NATO-led operation, and the country fell further into chaos. Today, an upcoming election will see Gaddafi’s son vie for power against an authoritarian military general and former CIA asset who has already suggested he may simply choose to take over. Libya is engulfed in a power vacuum where terrorists have thrived — the U.S. recently renewed bombings against al-Qaeda there — and a human slave trade has drawn international attention.

In the case of Libya, Gaddafi had few allies (the U.S. abandoned its previous support for him). In Syria, Assad enjoys the support of Russia, Iran, and China — and these countries are refusing to back down to Trump’s bellicose threats.

As Assad continues to defeat ISIS, there is no doubt destabilizing the country through military action, as has long been a U.S. goal (as it was with Libya), will yield dire consequences and even more severe chaos. Assuming the U.S. end goal is not regime change and is simply to deter Assad (and assuming he did, in fact, perpetrate the chemical weapons attack), military strikes are clearly not a deterrent as Trump’s April 2017 strike failed to stop the alleged atrocities.

Regardless of whether Assad is a benevolent leader — and regardless of what he may or may not have done to his own people – the United States’ track record of intervening in Middle Eastern nations for ‘humanitarian’ reasons is abysmal at best, and claims from establishment leaders that they care about civilian life have proven historically hollow and hypocritical.